The official Purchasing Managers` Index (PMI) stood at 50.4 in September, identical with the previous month's level. 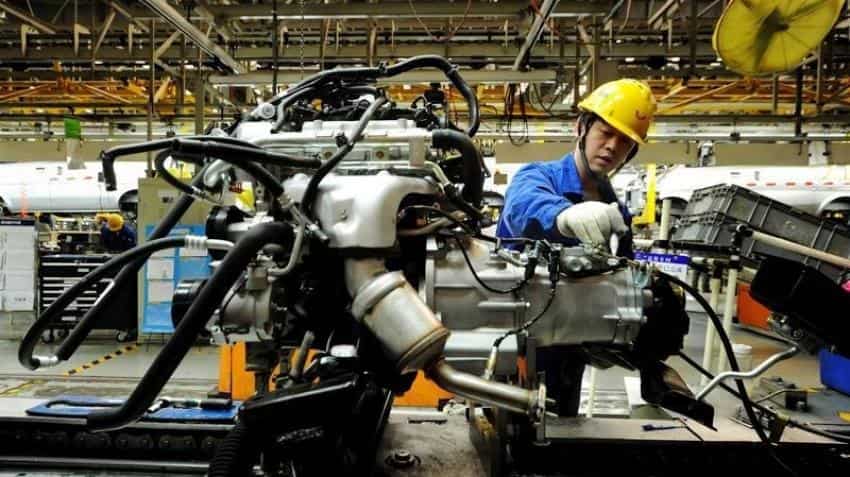 An employee works on an assembly line producing automobiles at a factory in Qingdao. Photo: Reuters
Written By: Reuters
RELATED NEWS

Activity in China's manufacturing sector expanded again in September, an official survey showed on Saturday, which may indicate that recent positive momentum can be sustained.

The official Purchasing Managers` Index (PMI) stood at 50.4 in September, identical with the previous month's level. A reading above 50.0 shows growth on a monthly basis.

September's 50.4 reading matched the prediction of a Reuters poll.

After a significant pick-up in March, China`s official PMI slipped, falling below 50 in July before showing expansion in August.

In an encouraging sign, new export orders increased in September, rising to 50.1 from the previous month`s 49.7.

A sub-index for smaller firms fell, while performance at larger companies improved, a sign that the government`s dependence on big state firms for growth this year has not changed.

Economists say the pattern over the past few months suggested sustained economic growth, but a growing dependence on government spending and an overheated property market may pose increased risks later this year with debt levels continuing to rise.

Industrial profits rose at the fastest pace in three years in August, with rising sales and higher prices stimulated by a construction boom and heated property market.

Still struggling
But profits remained uneven, as traditional heavy industries with excess capacity such as steel still struggled for growth.

Jobs were again lost, though at a slower pace, with the employment sub-index rising to 48.6, compared to 48.4 in August.

Job losses could be rising as the government has pledged broad capacity cuts across a range of industries.

Industrial overcapacity remains one of the main drags on economic growth.

Beijing has pledged to quicken the pace of its industrial capacity cuts, particularly in steel, after falling behind earlier in the year.

China's state planner rejected a request in September by the nation`s steel makers for coal mines to ramp up coking coal output to help ease supply tightness that has triggered a frenzied price rally.

A similar official survey showed activity in China`s services sector expanded at a slightly faster pace, with the official reading at 53.7 in September from 53.5 in August.

A measure of the construction industry rose as the government has gone on an infrastructure spending spree.

Beijing has been counting on a strong services sector to pick up the slack as it tries to shift the economy away from a dependence on heavy industry and manufacturing exports.

A private business showed on Friday that factory activity expanded in September but the improvement was marginal and manufacturers continued to shed jobs.

The Caixin/Markit Manufacturing Purchasing Managers` index for September rose to 50.1 from a no-change level of 50.0 in August.