Both the US and China have already imposed tariffs on billions of dollars of export products sparking fears that the conflict between them could damage the global economy. 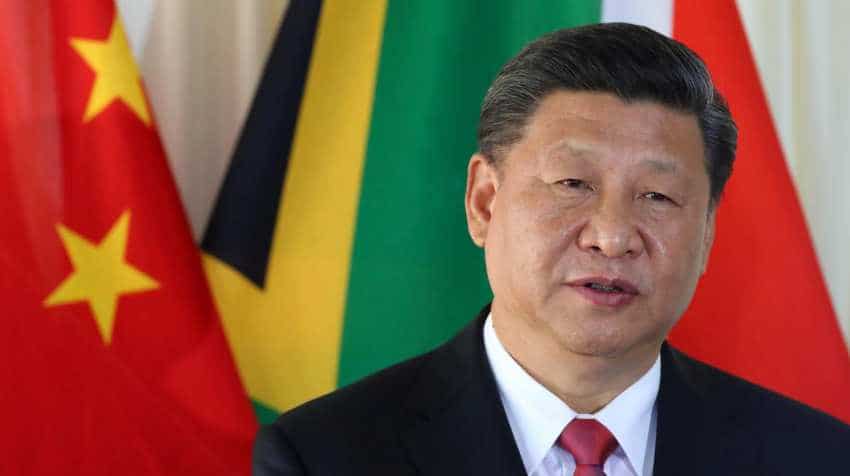 The US has imposed a tariff on USD 200 billion Chinese products while hit back, Beijing increased tariff on USD 60 billion US products, which will take effect Saturday. Image source: Reuters

In a major escalation of the bruising US-China trade war, Beijing on Thursday accused the US of following "naked economic terrorism? and threatened to the stop export of rare-earth metals, a key resource for Apple's Iphones and hi-tech missile guidance systems to America. The world's two largest economies are engaged in a trade war after talks to resolve the issue between them apparently failed, with US President Donald Trump putting a ban on Huawei, the China's biggest telecom equipment manufacturer, and threatening to slap additional tariffs on the remaining USD 300 billion worth of Chinese exports.

In the sharpest attack yet on the US, since the beginning of the trade war China's vice foreign minister Zhang Hanhui accused Washington of indulging in "naked economic terrorism". "We are against the trade war, but we are not afraid of it," Zhang said while briefing media on Chinese President Xi Jinping's trip to Russia next week. "This premeditated instigation of a trade conflict is naked economic terrorism, economic chauvinism, and economic bullying," he said.

Both the US and China have already imposed tariffs on billions of dollars of export products sparking fears that the conflict between them could damage the global economy.

Trump, who kicked off the trade war last year, demanded China to reduce the massive trade deficit which has climbed to over USD 539 billion last year. He insisted Beijing for verifiable measures for protection of intellectual property rights (IPR), technology transfer and more access to American goods to the Chinese market.

The US has imposed a tariff on USD 200 billion Chinese products while hit back, Beijing increased tariff on USD 60 billion US products, which will take effect Saturday.

Underling that there is no winner in a trade war, Zhang said, "This trade conflict will also have a serious negative impact on the development and revival of the global economy".

Meanwhile, in a separate briefing, China's commerce ministry spokesperson, Gao Feng said "Beijing will not allow any countries to use rare-earth materials to make products that will suppress China's development".

"While satisfying domestic demand, China is always willing to fulfil other countries' rightful needs for rare earth materials," he said. "But if any country plans to use the rare-earth materials that China exports to make products that will suppress China's development, it is not acceptable," he was quoted as saying by the state-run China Daily.

Asked whether China would take certain actions against Apple Inc following the US's restrictions on Huawei's business operations, Gao said the legitimate rights and interests of all foreign enterprises in China will be protected by the Chinese government.

China's exports about 71 per cent of the metals around the world. Besides China, rare-earth metal deposits exist in India, the US, Australia, Brazil, Burundi, Malaysia, Myanmar, Russia, Thailand and Vietnam. The global deposit reserves are estimated at 120 million tonnes.

Rare-earth metals are extracted from the earth's crust. They are costly as refining and extracting them in commercially viable quantities are expensive besides environmentally hazardous.

Between 2014 and 2017, the US imported 80 per cent of its rare earth compounds and metals from China, according to the US Geological Survey.

The estimated value of rare-earth compounds and metals it imported last year reached USD160 million, an increase from USD137 million in 2017.