China has pledged to buy almost $80 billion of additional manufactured goods from the United States over the next two years as part of a trade war truce, according to a source. 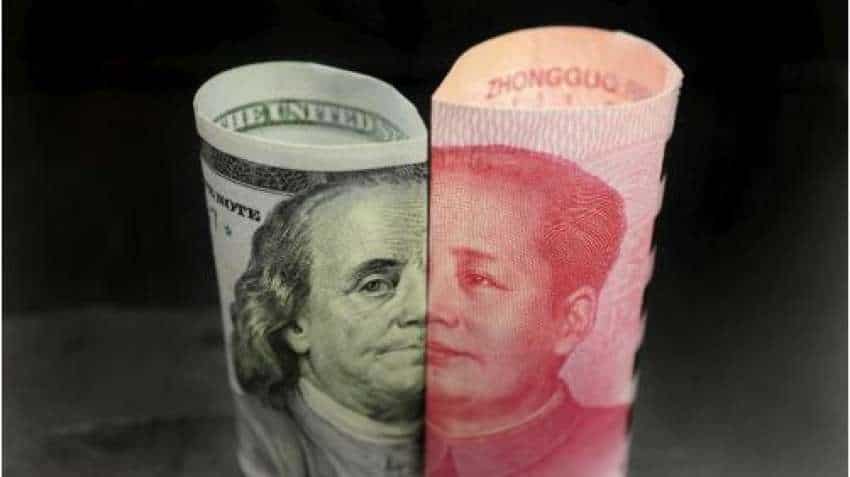 The agreement also calls for Chinese purchases of US agricultural goods to increase by some $32 billion over two years, or roughly $16 billion a year, said the source. Photo: Reuters

China has pledged to buy almost $80 billion of additional manufactured goods from the United States over the next two years as part of a trade war truce, according to a source, though some US trade experts call it an unrealistic target. Under the Phase 1 trade deal to be signed on Wednesday in Washington, China would also buy over $50 billion more in energy supplies and boost purchases of US services by about $35 billion over the same period, the source, who was briefed on the deal, told Reuters late on Monday.

The agreement also calls for Chinese purchases of US agricultural goods to increase by some $32 billion over two years, or roughly $16 billion a year, said the source.

When combined with the $24 billion US agricultural export baseline in 2017, the total gets close to the $40 billion annual goal touted earlier by US President Donald Trump.

In total, China pledged to buy $200 billion more in US goods and services over the next two years, while Washington suspended some tariffs that had been due to go into effect and halved others. US duties remain in effect on $360 billion of Chinese imports, about two thirds of the total.

The trade deal does not include an agreement for a future reduction in tariffs on Chinese goods, US Trade Representative Robert Lighthizer and Treasury Secretary Steven Mnuchin said in a statement Tuesday afternoon, refuting a Bloomberg news report.

"There’s no side agreements. The only way the president will be reducing the tariffs is if there is a Phase 2 part of the agreement that is also fully enforceable," Mnuchin told Fox Business Network in a subsequent interview.

Mnuchin said the deal terms would be announced Wednesday, when Trump and Chinese Vice Premier Liu He are slated to sign the agreement at an 11:30 a.m. EST ceremony at the White House, marking a truce after 18 months of tit-for-tat tariffs that have weighed on global growth.

The ceremony comes just as the US Senate prepares to begin its impeachment trial of Trump, only the third US president ever impeached.

China`s alleged commitments represent a staggering increase over 2017 imports of U.S. goods and services of $186 billion, raising questions about how realistic they are.

The Chinese translation of the agreement was still under way on Monday, but Mnuchin told Fox Business Network the documents would be released on Wednesday. "Tomorrow we`ll be releasing the documents and people will be able to see there`s a very detailed dispute resolution process," he said.

US stocks hit intra-day record highs on Tuesday before turning negative on the Bloomberg report, which said the United States would likely maintain the tariffs until after November`s presidential election.

US companies have paid $46 billion in tariffs since February 2018.