Brexit: How Europe fell out of love with the European Union 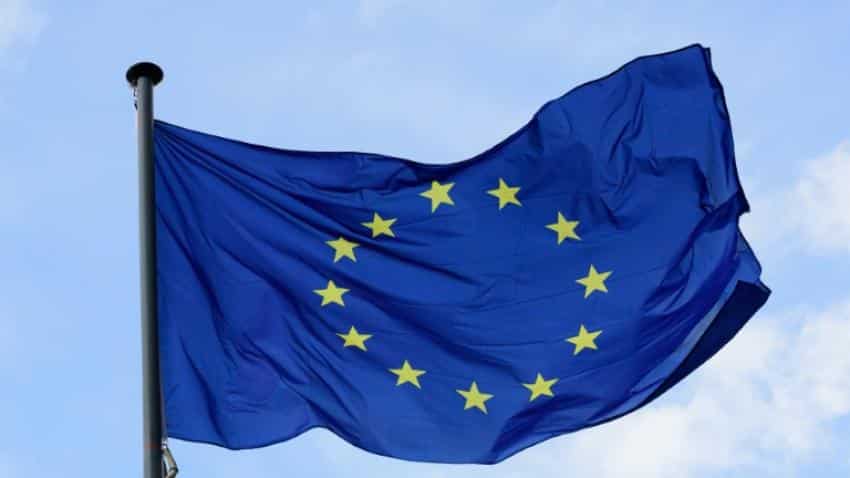 Britain could be headed towards voting to leave the EU in a referendum on June 23, while the future of the Schengen zone itself is threatened by the biggest migration crisis since World War II. Image Source: AFP
Written By: AFP
RELATED NEWS

Britain to become a blip on world map after Brexit: French economy minister

One week to EU vote, investors nervous as Brexit looms

When the ceiling fell in recently at the European Museum in the tiny Luxembourg village of Schengen, the local mayor was quick to deny that there was any wider symbolism.

Ben Homan blamed the accident on shoddy workmen who used the wrong type of fasteners in the museum, which celebrates the birthplace of the cherished 26-country Schengen passport-free zone.

But just as the museum remains under repair, the dreams on which the European Union (EU) was founded seem to defy any quick fix, with the bloc itself seemingly more unloved than at any time in its history.

Britain could be headed towards voting to leave the EU in a referendum on June 23, while the future of the Schengen zone itself is threatened by the biggest migration crisis since World War II.

"We need to get these visions and these dreams back, and to go back to doing what we can together," Homan tells AFP as he watches the flood-swollen River Moselle course past hills covered in vineyards.

"When you are here, you live out the Schengen accord every day because if you move just 100 metres (yards) you can be in another country. Here we have seen the whole region benefit from the accord."

The picturesque village was chosen for the signing of the deal that would eventually create the Schengen area in 1985 because it sits at the point where Luxembourg, France and Germany meet.

Around 50,000 tourists a year from as far afield as Asia now come to visit this monument to European unity, complete with the European Museum that opened in 2010.

'One crisis to another'

But Schengen is part of the wider European project that has been shaken to its foundations in recent years.

Support is drying up for the utopian ideals that led to the creation of the EU more than 60 years ago from the ashes of post-war Europe.

A recent survey by the US-based Pew Research Center showed a sharp dip in favourable views of the EU among Europeans, with a huge 17-point drop to 38% in France over a single year.

Europeans are "not any longer passionate or in love with the European dream", with its benefits largely now taken for granted, Janis Emmanouilidis, director of studies at Brussels-based think tank European Policy Centre, told AFP.

"Over the past six or seven years the EU has been running from one crisis to another -- things are not getting better, they are getting worse."

The migrant crisis has had a huge impact, with many countries suspending Schengen border-free movement as leaders failed to agree how to share the burden of a million-plus refugees.

The economy remains in dire straits with massive youth unemployment across southern Europe and the Greek debt crisis still threatening the eurozone while nations bicker over the cost.

More deeply, Euroscepticism and populism are growing across the continent.

Brussels meanwhile is increasingly accused of meddlesome bureaucracy and undermining national sovereignty -- and moreover of symbolising the global elites who are in the crosshairs of political protests around the world.

EU leaders have started acknowledging that Europeans do not share their appetite for the dream of "ever closer union".

Even European Commission President Jean-Claude Juncker, an arch federalist, admitted that citizens were "stepping away" from the European project because Brussels was "interfering in too many domains of their private lives".

But increasingly Europeans are rejecting any kind of idealism at all.

"The European dream that is being dreamed, who is dreaming it? Even those who should be defining it are becoming more realistic," said the EPC's Emmanouilidis.

An example is EU President Donald Tusk, who warned last month that Brussels was "obsessed with the idea of instant and total integration" and that "we failed to notice that ordinary people, the citizens of Europe do not share our Euro-enthusiasm."

In tiny Schengen -- which boasts eight petrol stations to cater for French and German motorists coming to fill up their tanks cheaply -- people say they hope the European dream will survive.

"People forget the 30, 40, 50, 60 years before, with the wars and all the problems that existed then," said Diogo Camelo Irmindo, visiting Schengen with his partner Marie-Alice Cerqueira, whose father is buried in the village.

"I think Great Britain shouldn't leave because it won't make anyone's life any easier. It will create borders, complicate the institutions trying to allow people to live a peaceful life, without problems or war," said the long-term Luxembourg resident.

Britain to become a blip on world map after Brexit: French economy minister

One week to EU vote, investors nervous as Brexit looms