President Donald Trump's decision to bring an executive order to end the right to the US citizenship for children born in the US to non-citizens has invited widespread criticism, even from his own party. 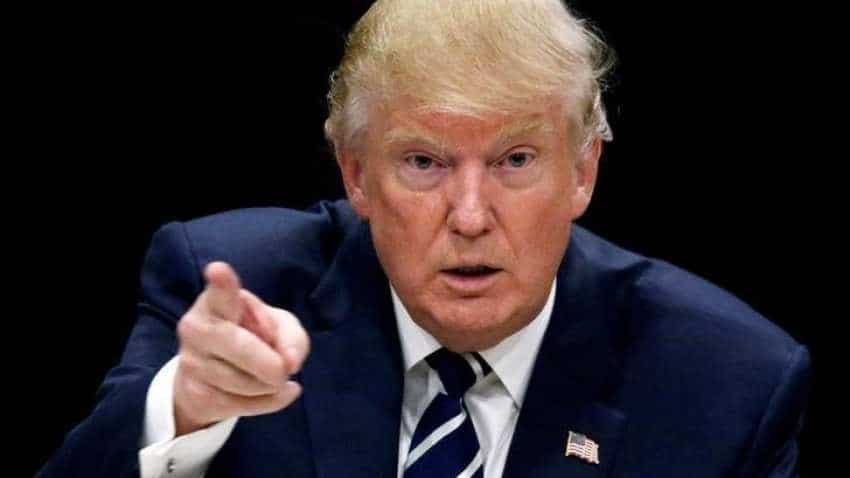 Trump, in an interview with Axios, has said birthright citizenship "has to end" and that it would "with an executive order." Image courtesy: Reuters
Written By: PTI
RELATED NEWS

Washington: President Donald Trump's decision to bring an executive order to end the right to the US citizenship for children born in the US to non-citizens has invited widespread criticism, even from his own party.

In his latest hardline immigration rhetoric ahead of the midterm congressional elections, Trump, in an interview with Axios, has said birthright citizenship "has to end" and that it would "with an executive order."

"You cannot end the birthright citizenship with an executive order," said Congressman Paul Ryan, Speaker of the US House of Representatives. "We didn't like it when (former President) Obama tried changing immigration laws via executive action, and obviously as conservatives, we believe in the Constitution," Ryan told a local radio station in Lexington, Kentucky.

Under the current laws, anyone born in the US irrespective of the nationality of parents, automatically becomes an American citizen.

"It was always told to me that you needed a constitutional amendment, one amendment. You don't have to do it. Number one. Number two, you can definitely do it with an act of Congress. But now they are saying, I can do it just with an executive order," Trump told Axios in an interview.

A portion of the interview was released Tuesday. The full interview "Axios on HBO" is scheduled to be aired on Sunday.  Such a practice to give citizenship to anyone born in the US is "ridiculous", Trump said.

He said that we are the only country in the world where a person comes in and has a baby, and the baby is essentially a citizen of the US for 85 years with all of those benefits. "It's ridiculous. It's ridiculous. And it has to end".

According to Axios, Trump said that he has run the idea of ending birthright citizenship by his counsel and plans to proceed with the highly-controversial move, which certainly will face legal challenges.

Republican Senator Chuck Grassley, Chairman of the powerful Senate Judiciary Committee, said it would require a constitutional amendment to make necessary changes on who all can acquire citizenship.

"I am not a lawyer, but it seems to me it would take a constitutional amendment to change that as opposed to an executive order," Grassley told a local news channel in Iowa.

The 14th Amendment to the Constitution affirms that, with very few exceptions, all persons born in the US are American citizens, regardless of the immigration status of their parents, said the American Immigration Council.  The Supreme Court has upheld the principle of birthright citizenship for more than a century, it said.

"No president can change the Constitution with the stroke of a pen. The only way to eliminate birthright citizenship would be through a new Constitutional amendment," he said. Breitbart News, however, came out in support of Trump's move.

Revoking birthright citizenship would have immediate and far-reaching consequences, it said.  "It would mean the children of illegal aliens, even if born in the United States, would not be bestowed US citizenship upon birth," it said.

"It would also likely deter the practice of foreigners having 'anchor babies', where they aim to give birth to children on US soil so as to obtain US citizenship for their children at birth," Breitbart said.

Vice President Mike Pence also came out in Trump's defence, saying, "The President has made clear is that we are looking at action that would reconsider birthright citizenship."

I think the President is looking at executive action. I know the Congress has looked at legislative action to reconsider that," Pence said in an interview. Another Democratic leader Nancy Pelosi slammed Trump for his move.

"President Trump's new claim he can unilaterally end the Constitution's guarantee of citizenship shows Republicans' spiraling desperation to distract from their assault on Medicare, Medicaid and people with pre-existing conditions," she said.

"The President does not have the power to erase parts of the Constitution, but he and the GOP Congress have spent two years trying to erase protections for people with pre-existing conditions," Pelosi said. Senator Lindsay Graham said that he intends to introduce a legislation in the Senate to bring a constitutional amendment in this regard.