The 150ft-long cabin is designed to accommodate up to 18 passengers and crew members for a three-day expedition. HAV says that the design is practical, feasible, and ready to go into production, and it can also be customised to individual customer requests. 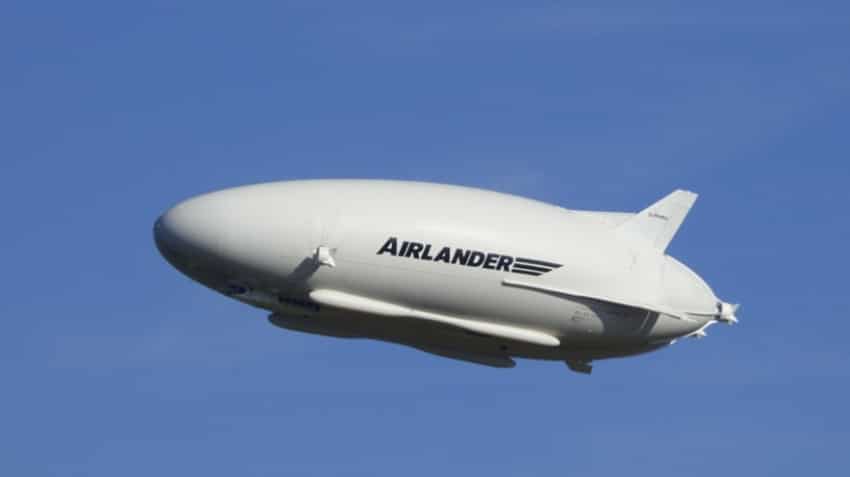 In newly-released pictures, Hybrid Air Vehicles (HAV) and Design Q unveiled the world's largest aircraft Airlander 10 passenger cabin design to showcase what is possible in luxury expeditionary tourism segment, including horizon-to-horizon views, during their 'Rethink the Skies' campaign.

A spokesperson for HAV reportedly said: "Airlander 10's remarkable passenger cabin opens up new possibilities by approaching air travel from a different perspective," adding "Passengers on Airlander will have luxurious private en-suite bedrooms and will be able to enjoy horizon-to-horizon views in the aircraft's extensive Infinity Lounge. The Altitude Bar will offer drinks with the ultimate view, while 18 guests can enjoy fine dining in the skies."

The 150ft-long cabin is designed to accommodate up to 18 passengers and crew members for a three-day expedition. HAV says that the design is practical, feasible, and ready to go into production, and it can also be customised to individual customer requests.

Built in 2012 and nicknamed the 'Flying Bum' due to its shape, the £25 million aircraft was reportedly used by the United States Army until 2016, and now it belongs to Bedfordshire-based company HAV. The air vehicle has now been redesigned for domestic use, according to a Daily Mail report. 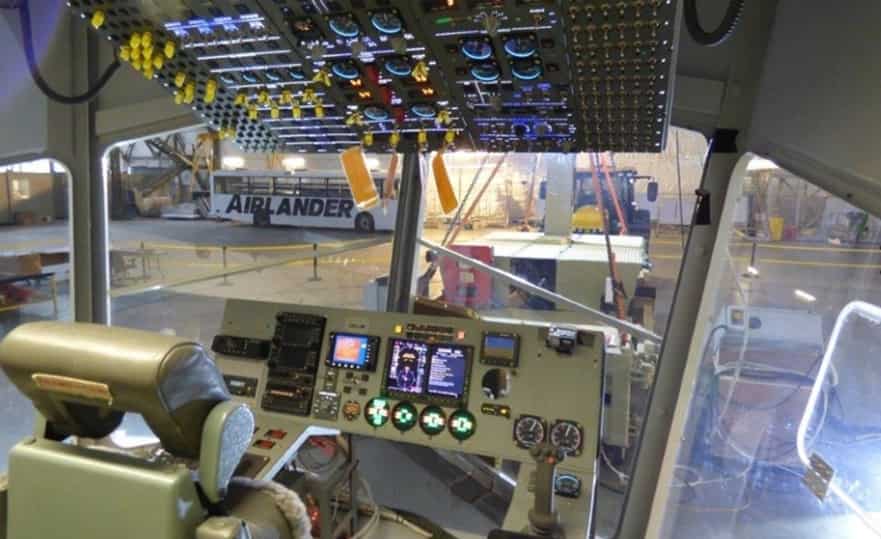 According to the report, the aircraft, which is longer than most single-aisle aircraft such as the A320, can take off and land on any flat surface without a runway. The Bedfordshire-based company HAV reportedly stated that this will mean passengers can travel in style to places existing transport cannot reach. 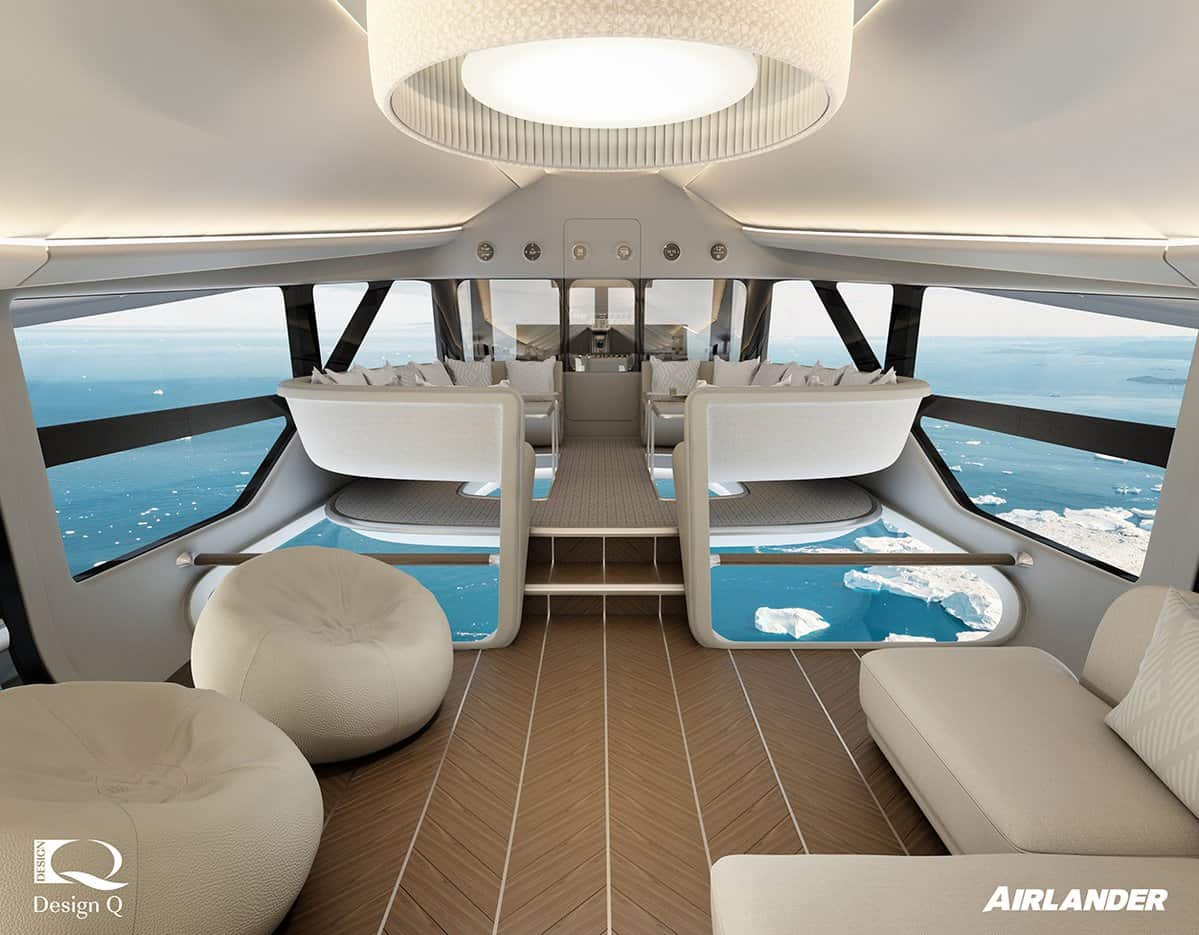 The aircraft, which is 302ft by 143ft by 85ft and has one pilot station and one observer seat, can reportedly be used for a variety of functions in addition to leisure trips, such as surveillance, communications, delivering aid and search and rescue missions. 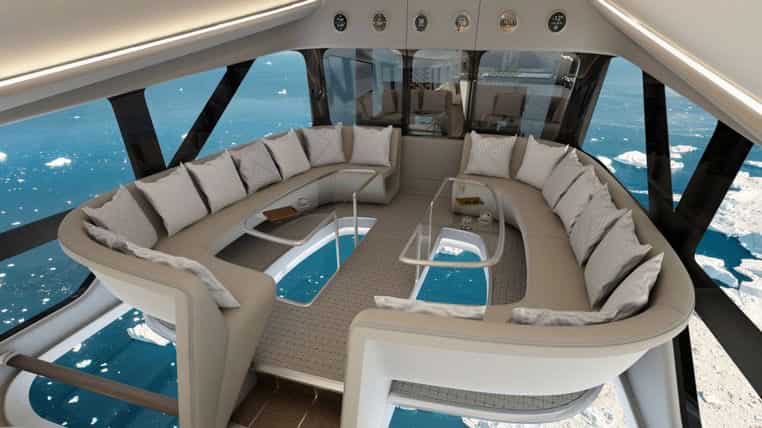 The report said that the Airlander 10 has so far had six successful test flights, but in August 2016 it crashed into the grass nose-first shortly after take off during its second flight at Cardington Airfield. The cockpit was severely damaged in the crash. Last year in November, the aircraft then collapsed after coming loose from its moorings.

"Airlander challenges people to rethink the skies and that is the driving force behind everything we do," Stephen McGlennan, the CEO of HAV, told Daily Mail, adding "Air travel has become very much about getting from A to B as quickly as possible. What we're offering is a way of making the journey a joy."

Here it is! We unveiled the #luxurycabin design for the #Airlander10 at the #FarnboroughAirshow #fia18 It features private en-suite bedrooms, fine dining & panoramic views in world’s largest aircraft. The 150ft-long cabin is designed to carry up to 18 passengers for a 3-day trip pic.twitter.com/XcNS92FdHG

The report further said that Airlander 10, which is made from Vectran, has no internal structure and maintains its shape through pressure stabilisation of the helium inside the hull.

Design Q's CEO Howard Guy reportedly said, "We love doing different things. Our fantastic team of young designers relish the opportunity to do something no one's done before, to imagine a new concept and then to get into the detailed design of what this space will be."

The report added that unusually large cabin, and the lack of internal structure, means that the aircraft interior is incredible flexible and can include reception areas, on-board catering, and various seating options.