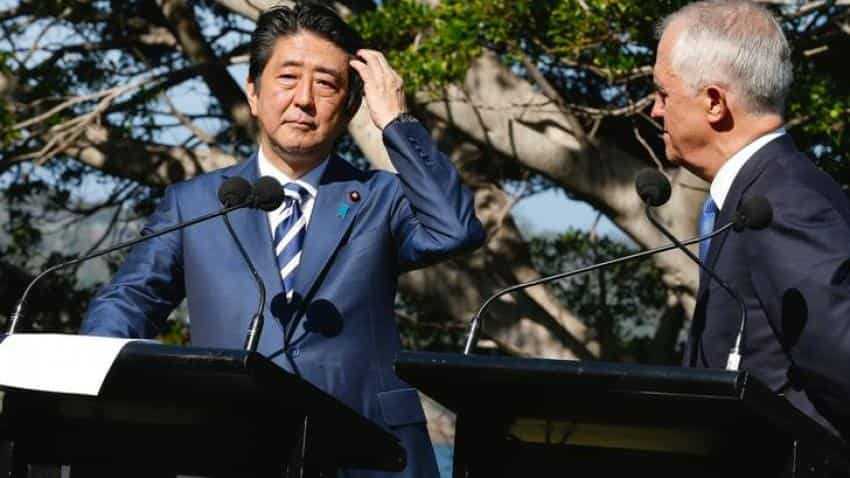 Australia and New Zealand said on Tuesday they hope to salvage the Trans-Pacific Partnership (TPP) by encouraging China and other Asian nations to join the trade pact after U.S. President Donald Trump kept his promise to pull out of the accord.

The TPP, which the United States had signed but not ratified, was a pillar of former U.S. President Barack Obama`s pivot to Asia. Japanese Prime Minister Shinzo Abe has touted it as an engine of economic reform, as well as a counter-weight to a rising China, which is not a TPP member.

"Losing the United States from the TPP is a big loss, there is no question about that," Turnbull told reporters in Canberra on Tuesday. "But we are not about to walk away ... certainly there is potential for China to join the TPP."

Obama framed TPP without China in an effort to write Asia`s trade rules before Beijing could, establishing U.S. economic leadership in the region as part of his "pivot to Asia".

China has proposed a counter pact, the Free Trade Area of the Asia Pacific (FTAAP) and has championed the Southeast Asian-backed Regional Comprehensive Economic Partnership (RCEP).

The TTP, which has been five years in the making, requires ratification by at least six countries accounting for 85 percent of the combined gross domestic product of the member nations.

"The original architecture was to enable other countries to join," Australian Trade Minister Steven Ciobo told the Australian Broadcasting Corporation on Tuesday.

"Certainly I know that Indonesia has expressed interest and there would be scope for China if we are able to reformulate it."

Japan has led the push for the partnership, which also includes Brunei, Canada, Chile, Malaysia, Mexico, Peru and Vietnam.

"There is no change to our view that free trade is the source of economic growth," Japanese Economy Minister Nobuteru Ishihara told reporters.

When asked whether Japan would be open to negotiating a bilateral trade pact with the United States, Ishihara said it was still uncertain whether U.S. trade officials would start negotiating for such deals.

Trump took office as the 45th president of the United States on Friday and pledged to end what he called an "American carnage" of rusted factories and crime in an inaugural address that was a populist and nationalist rallying cry.

He vowed to bring jobs back by renegotiating what he called bad multilateral trade deals in favour of bilateral deals, with his first move scrapping the TPP.

The U.S. president made comments critical of Japan`s auto exports to the United States and the dearth of U.S. auto exports to Japan, which poses a threat to Japan`s influential car industry.

"We have no tariffs on U.S. cars," Trade Minister Hiroshige Seko said on Tuesday. "In addition, we do not take any other discriminatory measures against U.S. car imports."

Australia`s Turnbull said there was still a possibility "that U.S. policy could change over time on this, as it has done on other trade deals," noting some Republican Party members of congress have been "strong supporters."

New Zealand trade minister Todd McClay said he had talked with a number of TPP-member ministers when he attended the World Economic Forum in Davos last week and he expected they would meet over the coming months.

"The agreement still has value as a FTA (Free Trade Agreement) with the other countries involved," McClay said in an emailed statement to Reuters.