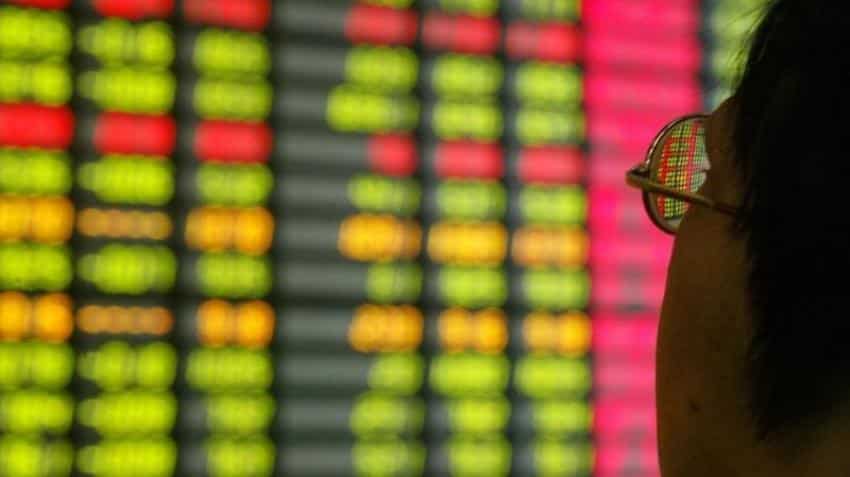 The S&P 500 fell for the fourth time in five sessions, but was still within 1% of its record closing high set earlier this month. Photo: Reuters
Written By: Reuters
RELATED NEWS

Asian shares eased on Wednesday following modest losses on Wall Street, but were still on track for a monthly rise as investors waited to see if upcoming job data could prod the Federal Reserve into raising interest rates as soon as September.

MSCI`s broadest index of Asia-Pacific shares outside Japan was down 0.1% as traders awaited Friday`s job report, but looked set for a near 2% gain in August.

Japan`s Nikkei stock index added 0.9%, poised to rise 1.8% for the month, as it got a boost from a weaker yen after upbeat US data lifted the dollar overnight.

Data released earlier on Wednesday showed Japanese industrial output was flat in July from June, underscoring fragility in factory activity and falling short of economists` median forecast for a 0.8% rise.

Along with weak household spending data on Tuesday, Japan`s latest gloomy data are reinforcing expectations the Bank of Japan will ease policy further in September even if many economists and businessmen think it won`t do much good.

"While the latest string of Japanese data has been decent with the jobless rate improving and retail sales rising strongly in July, Japanese officials are clearly still frustrated with the weak growth in the economy," said Kathy Lien, managing director of FX strategy at BK Asset Management.

The euro was steady at $1.1146, down 0.2% for August. The dollar index, which tracks the greenback against a basket of six major counterparts, edged down slightly on the day to 96.010 but remained not far from its overnight high of 96.143, its highest since early August. It was on track to rise 0.5% for the month.

On Wall Street overnight, markets logged losses, dragged down by shares of Apple Inc after antitrust regulators ordered the company to pay about $14.5 billion in back taxes to the Irish government.

The S&P 500 fell for the fourth time in five sessions, but was still within 1% of its record closing high set earlier this month.

Friday`s jobs report is expected to show employers added 180,000 jobs in August, according to the median estimate of 89 economists polled by Reuters.

Fed Vice Chairman Stanley Fischer said in a television interview on Tuesday that the US job market is nearly at full strength and the pace of the central bank`s interest rate increases will depend on how well the economy is doing.

Markets were pricing in a 27% chance of a US rate hike next month as of Tuesday, according to CME Group`s FedWatch tool. That probability would rise if the jobless figures were stronger than expected, showing US employers continued their strong pace of hiring seen in recent months.

US consumer confidence rose to an 11-month high in August, with households more upbeat about the labour market, data showed overnight.

Crude oil futures continued to slip after ending down for a second straight day on worries of oversupply and a strong dollar.

Spot gold edged up 0.1% to $1,311.66 an ounce after tumbling as low as $1,308.65 on Tuesday, its lowest since late June, pressured by the stronger dollar and growing expectations of higher US interest rates.