In a further sign of abundant supply, the number of rigs operated by US drillers was steady last week for the first time this year. 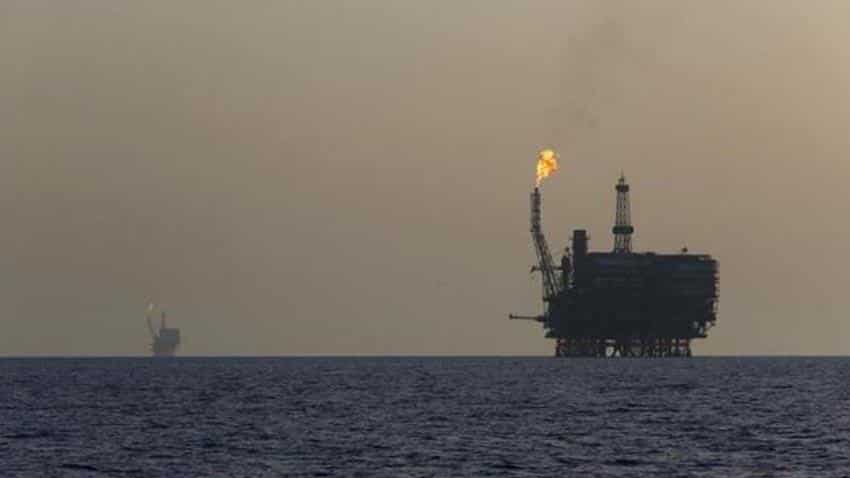 "With the US rig count steady, people are waiting to see whether producers will start turning some production back on," said Jonathan Barratt, Chief Investment Officer, Sydney's Ayers Alliance. Image Source: Reuters

Oil prices slipped in Asian trade on Monday, hit by a strong US dollar and signs that global crude supply is holding up even as unplanned outages rise to at least a five-year high.

In a further sign of abundant supply, the number of rigs operated by US drillers was steady last week for the first time this year.

The US crude futures fell 25 cents to $48.16 a barrel, after settling down 41 cents in the previous session.

The dollar index was marginally lower in early trade on Monday after gaining for a third straight week last week.

That came as the US crude rose 3.3% last week, while Brent crude was up 1.7%, as unplanned supply outages rose to the highest since at least 2011 due to wildfires in Canada and losses in Nigeria, Libya, and Venezuela.

"We have run up from $44 a barrel on economic growth and outages. Are we now at the top end? Does that mean at $49-$50 a barrel we will get US oil shale production starting up?"

The number of US rigs last week drilling for oil was unchanged for the first time this year as crude futures traded near a seven-month high.

"With the US rig count steady, people are waiting to see whether producers will start turning some production back on," Barratt added.

That came as the chance appeared to increase of an interest rate hike by the US Federal Open Market Committee (FOMC) at its June meeting.

"Market odds of a June rate hike ended the week at around 30%, up from 4% a week ago. That is a significant repricing," analysts at banking group ANZ said in a market report on Monday. "We continue to see June as very much a 'live' meeting."

Iran plans to increase oil export capacity to 2.2 million barrels by the summer and has no plans to freeze its level of oil production and exports, Deputy Oil Minister Rokneddin Javadi was quoted on Sunday as saying.

Tehran is trying to raise its crude exports to pre-sanctions levels.

A meeting of the Organisation of Petroleum Exporting Countries (OPEC) exporters' group, including Iran, is scheduled for June 2.