Production cuts by OPEC have led to international oil prices hitting a four year high last month that forced a Rs 3.8 per litre hike in petrol and Rs 3.38 a litre increase in diesel prices. Rates started to cool towards month end and retail prices have been cut thereafter. 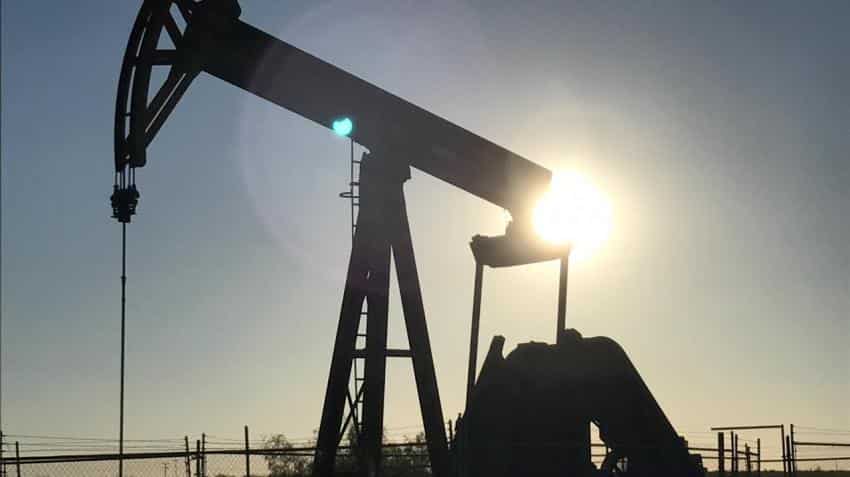 India is the world's third-largest oil importer after China and the US. Image source: Reuters
Written By: PTI
RELATED NEWS

With oil producers' cartel OPEC playing havoc with prices, India discussed with China the possibility of forming an 'oil buyers club' that can negotiate better terms with sellers as well as getting more US crude oil to Asia to cut dominance of the oil block.

On discussion table was debottlenecking infrastructure to facilitate more US crude oil comes to Asia so as to cut the dominance of Organization of the Petroleum Exporting Countries (OPEC), which supplies about 60 per cent of India's oil needs.

Production cuts by OPEC have led to international oil prices hitting a four year high last month that forced a Rs 3.8 per litre hike in petrol and Rs 3.38 a litre increase in diesel prices. Rates started to cool towards month end and retail prices have been cut thereafter.

In a throwback to 2005 when the then oil minister Mani Shankar Aiyar had proposed an alliance of the oil consuming nations, Pradhan wants to form an oil buyers club with China, Japan and South Korea to take up issues like premium being charged from Asian buyers.

At the IEF meeting, India and China agreed to join hands to have a collective bargaining power against cartelisation of oil producers. Singh's visit was to take this forward with concrete proposals for cooperation, the source said.

So far, India has not been able to bargain better rates from the Gulf-based producers of the oil cartel, OPEC. Instead of getting a discount for bulk purchases, West Asian producers, such as Saudi Arabia, charge a so-called 'Asian Premium' for shipments to Asian buyers, including India and Japan, as opposed to Europe. According to Prof Yoshiki Ogawa of Japan, the Asian Premium annually costs somewhere around USD 5-10 billion for Asian importers.

The source said possibilities of joint sourcing of oil as well as combined bargaining to bring down Asian premium was discussed. Similar collaboration will be proposed to Japan and Korea as well.

With CNPC or its affiliates selling in the overseas market a large portion of oil produced from fields it owns in third countries, India expressed interest in buying the Chinese firm's equity oil directly, the source said.

India is the world's third-largest oil importer after China and the US. Japan is the fourth largest importer and South Korea is right behind it. The four nations account for over a third of the oil imports in the world.

"Why should biggest consumers pay more. Why should these countries pay more in name of Asian premium," Pradhan had said in April. "All the four major Asian economies should come together. And India will try to create a network for that within the four countries."

He had stated that like producers have a say in pricing and supply, consumers should also get a say.

This is India's third attempt to unite major Asian energy importers to beat the producers' cartel.

The then oil minister Aiyar had in 2005 hosted two ministerial roundtables to impress upon the need for a reasonable oil pricing and getting rid of discriminatory Asian Premium -- the first involved major Asian consumers such as China, Japan and South Korea and the other roped in alternative oil producers of North and Central Asia.

Aiyar proposed a common front on oil to China's National Development and Reforms Commission vice-chairman Zhang Xiaoqing. That proposal resulted in a memorandum of understanding in 2006 but it was lost in the complexities of bilateral ties.

Another attempt for joint energy sourcing with Japan was made towards the end of the UPA government when M Veerappa Moily was the oil minister. It, too, failed to see the light of day.

At the 16th IEF ministerial meet in April this year, India and China, which together accounted for 17 per cent of world oil consumption last year, agreed to look for ways to leverage the combined size of their imports for a better bargain from West Asian crude producers.

By 2023, oil demand will hit 104.7 million barrels per day, up 6.9 million bpd in 2017, according to the International Energy Agency. "As has been the case for some years, China and India together will contribute nearly 50 per cent of global oil demand," the agency had said in a report.