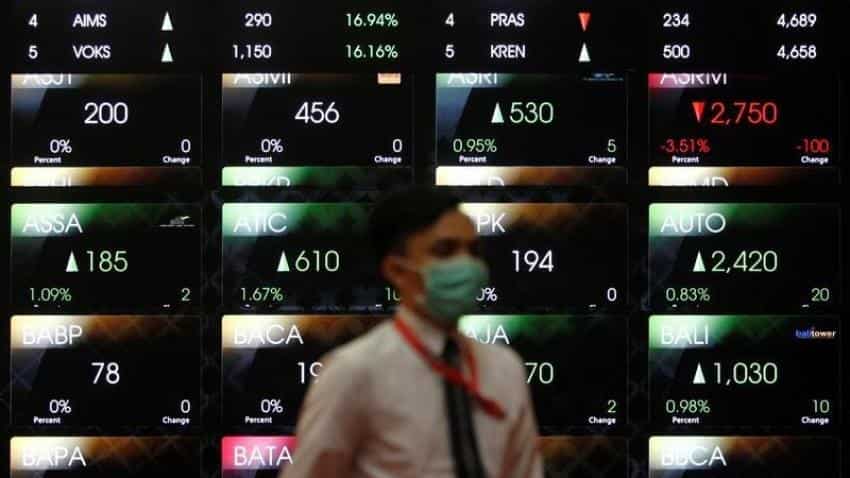 An employee walks in front of an electronic board at the Indonesia Stock Exchange in Jakarta. Image Source: Reuters

Asian stocks slipped on Thursday, taking their cue from an overnight drop on Wall Street, while the dollar marked time ahead of Friday's speech by US Federal Reserve Chair Janet Yellen at the global central bankers' meeting.

Wall Street retreated on Wednesday, pulled lower by weakness in the materials and healthcare sectors, with the Dow losing 0.4% and S&P 500 falling 0.5%.

Global markets awaited Yellen's speech in Jackson Hole, Wyoming, on Friday for insight on the US monetary policy outlook.

"As everyone who's anyone in central banking and economic academia gather for two days of discussion, there will be a variety of speeches and comments by senior officials. Some of these may move the markets," wrote Marshall Gittler, head of investment research at FXPrimus.

"The one everyone is waiting for is of course tomorrow's presentation by Fed Chair Janet Yellen, but other people may have something important to say before then too."

The dollar has swayed in both directions over the past week as expectations for a near-term Fed rate hike have ebbed and flowed.

Sterling traded at $1.3240, not far off a three-week high of $1.3273 hit on Wednesday as speculators further cut bets against the currency after data indicated the economy was holding up surprisingly well after the Brexit vote.

In commodities, crude oil prices remained under pressure after sliding sharply on Wednesday.

US crude was down a shade at $46.76 a barrel following a roughly 3% drop overnight after an unexpectedly large inventory build in the world's biggest oil consumer renewed worries about oversupply.