US Inc urges Jaitley to reduce tax uncertainty for MNCs 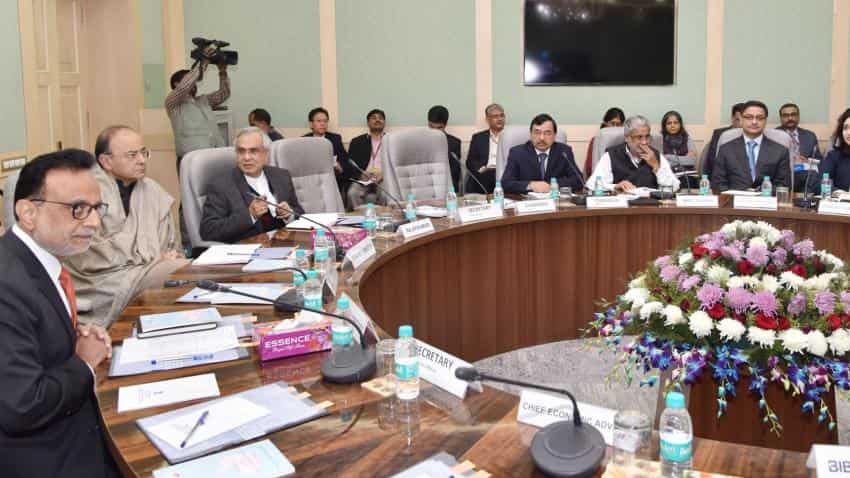 Budget 2019 expectations: Realtors demand industry status from Modi government - Will this interim one will be consumer-oriented?

Ahead of Finance Minister Arun Jaitley`s last full Union Budget, the US-India Business Council (USIBC) has urged him to further reduce tax uncertainty for multinational companies and foreign investors, even as Indian industry has voiced its own areas of concern.

In a memorandum submitted to Jaitley, the USIBC has said that such measures would help improve the country`s investment climate and attract more foreign direct investment to India.

"A significant positive step toward improving the investment climate would be to further reduce tax uncertainty for multinational companies and institutional investors in India," said USIBC President Nisha Desai Biswal, who was Assistant Secretary of State for South and Central Asian Affairs in the Obama administration.

"Tax uncertainty results in an increase of risk when investing in any given project drives investors to either withhold investments or require a higher rate of return to account for this risk, thus raising the cost of capital in the uncertain market," she said.

"USIBC members believe that unless resolved, the lack of clarity in the government`s approach to taxation risk will undermine progress in other areas of the economy and will continue to damage India`s reputation among investors," the memorandum said.

Continued lack of predictability in some Indian tax policies stands as a "major deterrent" for global capital, dampening the effects of any policy and regulatory reforms made to encourage this capital, it added.

"To facilitate cross-border trade and investment without the barrier of double taxation, the Governments of India and the US should reaffirm the shared commitment to improving tax dispute resolution.

"To that end, the two governments should work to modernise the US-India Bilateral Tax Treaty to reflect the current business and investment environment," it said.

"The government is likely to give special attention on alleviating the stress that has built up in the rural economy while also pushing infrastructural projects. All such measures would be aimed to reviving consumer sentiment and demand, especially in the rural sector," Deloitte India Senior Economist Richa Gupta said in the statement.

"We recommend to exempt all components used in rooftop projects from custom duty and GST," Amplus Energy CEO Sanjeev Aggarwal said in a statement.

"In April 2017, 10 year income tax holiday was discontinued for renewables. Of all renewable streams, rooftop has taken a severe hit as generation cost is increased by 15-20 paise/unit. We recommend to reinstate 10 years tax holiday for rooftop projects," he added.

"The government has sought to reclassify imported solar panels and modules in a category that attracts 7.5 per cent duty and various kinds of cess whereby the cost of a solar cell, around 30 cents at present, will go up to around 50 cents for Indian developers if 70 per cent safeguard duty is imposed.

"The cost of solar power will accordingly go up to around Rs 7 per unit. We do hope the forthcoming budget will address this issue," said Eastman Auto & Power MD Shekhar Singal.

RICS called for the real estate sector to be brought under the Goods and Services Tax (GST) regime and tax incentives for first-time home buyers.

"Real estate sector should be brought under the purview of GST. We expect rationalisation of GST rate at 12 per cent and inclusion of stamp duty under GST. GST at the rate of 18 per cent on long term leased land is not healthy for the industry and this anomaly needs to be corrected," said RICS Director Sunil Aggarwal.

"In this year`s Budget, we would like to see industry status conferred on the entire real estate sector. This has been a long pending demand of the industry," he added.

Budget 2019 expectations: Realtors demand industry status from Modi government - Will this interim one will be consumer-oriented?