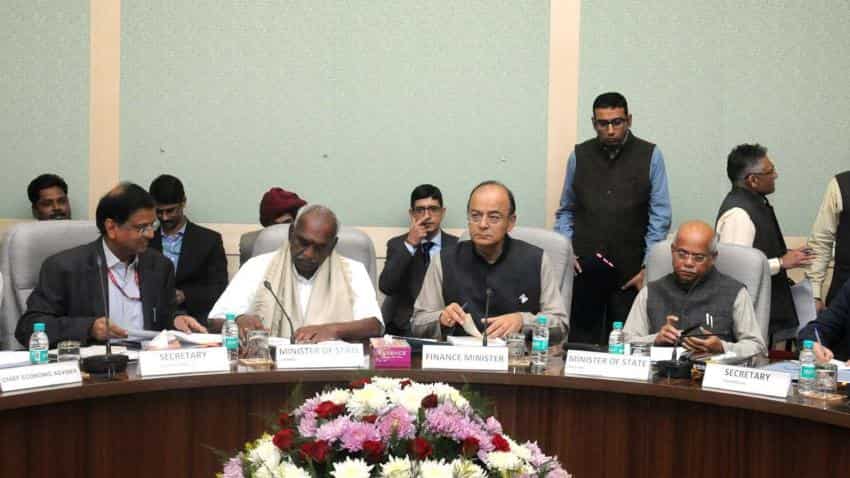 Central trade unions today pitched for tax exemption on income of up to Rs 5 lakh, minimum monthly wage of Rs 18,000 and Rs 3,000 minimum pension for workers in a pre-budget consultation with Finance Minister Arun Jaitley.

Representatives of the trade unions, including Bharatiya Mazdoor Sangh and Hind Mazdoor Sabha, took up their 12-point charter of demands with Jaitley in the meeting that lasted for more than hour.

Currently, the income tax exemption limit for individual taxpayers is Rs 2.5 lakh, while the minimum EPF pension is Rs 1,000.

Asked about any assurance given by the minister, Sidhu said, "Finance Minister has not given us any assurance. But he listened to our demands as per our 12-point charter of demands."

Jaitley said the government is fully committed to safeguarding the interests of the workers, especially those working in the MSME and unorganised sector, according to a Finance Ministry statement.

Jaitley said the workers are entitled to minimum wages prescribed by law and asked all the concerned industries to strictly comply with the same without fail.

Sidhu further said the unions asked the minister to stop privatisation of public sector undertakings and disinvestment in state-run companies.

Bharatiya Mazdoor Sangh Vice-President K Lakshma Reddy told reporters that the minister also discussed labour reforms and assured them that the draft codes on industrial relations and wages will be revised in view of objections raised by the trade unions.

Jaitley also heads a ministerial panel which is looking into various labour issues, including labour reforms. The panel has not met since August 2015.

In their memorandum, the unions pointed out that the finance minister had listened to their views while preparing the budget for 2017-18, but none of their suggestions were addressed in final document presented by him in Parliament.

The unions said the government should encourage labour intensive industries.

They also cautioned the government that the decision of encouraging private players in defence production will have a detrimental effect not only on PSU employees and their families but also the security and sovereignty of the nation in the long run.

They said the government spent crores of rupees on demonetisation which could not give the desired results like checking terrorism and reducing black money.

Similarly, they said the Goods and Services Tax was introduced without proper home work.

The whole GST structure need serious review and the government should provide some relief in the budget, they added.