AC-maker Blue Star's B Thiagarajan said the Budget will give a boost to rural sector. 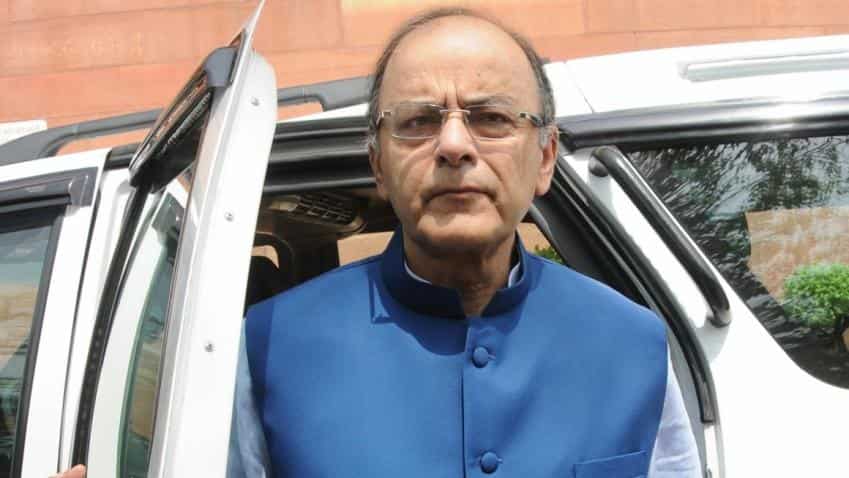 India Inc today hailed the Modi Government's third Budget as growth-oriented and said the proposals will make the economy more competitive and transparent.

Describing the Budget proposals to clean up political funding by massively reducing the cash donations at Rs 2,000 from Rs 20,000 and abolition of the FIPB as "big signals" of a change in the Government mindset, Mahindra Group Chairman Anand Mahindra said these steps illustrate a determination to shed legacy and step firmly into the future.

"These steps are big signals about the Government mindset. They show its determination to shed the skin of legacy and step firmly into the future," Mahindra said.

Gopichand Hinduja of the Hinduja Group, said "The Budget is aimed at making the economy more competitive and transparent with its emphases on higher investment in physical and social infrastructure as well as in digital connectivity. This will lead to more job creation and income to households as well as increase in productive capacity and consumption."

He said these steps can take the economy to an 8-10 per cent growth trajectory, even though note ban and the headwinds of protectionism in the developed world will be a
challenge.

AC-maker Blue Star's B Thiagarajan said the Budget will give a boost to rural sector. "It very important for corporate, if they want to grow, to focus on rural and farm sectors. It is important for companies to look at how they are going to participate in this growing middle class."

Marico's Saugata Gupta said he expects the Budget to boost consumption, create more jobs. "The impetus given to digitisation coupled with the implementation of GST, will lead to higher compliance and will help organised players in the sector. This Budget is likely to provide the much required stimulus for reigniting the consumption growth after a slump caused by demonetisation," Gupta said.

Hiranandani Group's Niranjan Hiranandani welcomed the sops for affordable housing sector, saying, "The Government has provided infrastructure status to the affordable housing finally. We have been demanding this for the past 25 years. The move will help investments in form of long-term funding to the sector."

"I personally believe that Government should declare all such housing units, whether in metros or in any other part of the country with 60 sq metre as carpet area across the country," he said.

Emami's Harsha Vardhan Agarwal said the Budget focus on infrastructure and rural sector, which are the backbone of the social economy, provides major impetus to the industry in the long term.

"I was expecting a lot of things for startups but I did not see much. We wanted funds for the IT sector but that has not been talked about," Mastek' Ashank Desai said.

He described the Budget as "an average one. The FM has put money in all the politically right location like infra development, agriculture, roads and Railways, among others," Gitanjali Exports' Sanjeev Agarwal said.

Echoing similar sentiments, Novartis India's Ranjit Shahni said the Budget does not mention anything about the manufacturing, design and innovation, which gives some disappointment.

He welcomed the emphasis on skill development and technical education, saying this will enable the country to successfully harness the demographic dividend.

Terming the Budget as a balancing act amidst gloomy global growth and rising oil prices, Vishal Kampani of JM Financial Group said there, however, is something for everyone in the Budget.

"The rural sector, low income groups and MSMEs got their due share of attention. But the biggest take-away of the budget is according infrastructure status to affordable housing that can trigger multi-layer effects to boost the economy," he said.

L&T's R Shankar Raman said the Budget endorses the criticality of resource allocation to infra sector for achieving sustained economic and inclusive growth. Abolition of FIPB, retaining the tax structure for capital gains and flexible mind set towards recapitalisation of banks hold hope for flow of funding for the priority programmes.

But he emphasised the economy needs to address the requirements for competitive manufacturing and employment generation.

Renault India's Sumit Sawhney said Budget will revive infra and rural economy. "Control over fiscal and revenue deficits are encouraging and the focus on rural development, thrust on infrastructure and poverty alleviation while keeping fiscal prudence is in the right direction."

"With the agenda of transform, energise and clean India, the Budget paves the way to create sustainable growth and generate employment. The overarching focus has been on reviving the market sentiment and reviving economic growth in a non-inflationary manner, while attempting incremental fiscal consolidation," Sawhney said.

Guillaume Sicard of Nissan India said the Budget is a positive approach towards growth with focus on rural sector, higher spends on infra and improving road construction for better last mile connectivity across the country.

R Mukundan of Tata Chemicals said the Budget gives the much-needed boost to rural economy for an inclusive growth.

"Allocation of a record Rs 1.8 trillion towards rural, agriculture and allied sectors, including Rs 10 trillion for agriculture credit, the dedicated micro-irrigation fund of Rs 5000 crore, and the increase in farm insurance by 40 per cent next year and by 50 per cent in 2018-19, etc are welcome steps towards doubling farm income in the next five years," he said.

TV Narendran of Tata Steel said the Budget rightly focuses agriculture and rural economy for an inclusive growth even as being fiscally on the right track.

The Budget attempts to enhance domestic demand by increasing the budgetary layout on the key economic and social segments as well as taking measures to improve the ease of doing business. Focus on areas such as ports, roads, affordable housing, physical infrastructure should provide the economy, the industry and steel sector necessary impetus to meet its growth targets, he added.

Rajiv Agarwal of Essar Ports said the Budget has laid a strong foundation for fiscal consolidation by capping fiscal deficit at 3.2 per cent and reducing Government borrowings which will result in interest rate reduction.

Anil Sardana of Tata Power said the Budget is an attempt at moving towards a policy-based administration with an increased focus on digitisation. The commitment to rural electrification and the announcement of an additional 20,000 mw of solar target is a welcome step that gives a much needed boost to the renewable sector.

"However, we believe that for renewable sector to achieve its potential strengthening the renewable purchase obligations mechanism is essential and should be part of government's larger vision for renewable energy," he said.

Adi Godrej of Godrej Group described the Budget as "an appropriate, growth-oriented one as there is a tremendous emphasis on rural and agricultural growth with several initiatives announced.

He hailed the proposal to introduce a legislation on contract farming, it will add tremendously to agricultural productivity.

Chanda Kochhar, MD and CEO, ICICI Bank, said, "The Union Budget has achieved the right balance between providing a growth impetus and maintaining fiscal prudence. It has comprehensively addressed all areas of socio-economic priority: farmers, poor & under-privileged sections of society, infrastructure development and strengthening of the financial sector.

"The thrust on digital transactions will increase the size of the formal economy and also make the payment systems more convenient and efficient. The tax measures are aimed at improving direct tax mobilization by broadening the tax base and improving tax administration. The continuity in policy, with the over-arching objective of sustainable and inclusive growth under-pinned by good governance, is very welcome," Kochhar added.