To keep investors' confidence, Modi's government will need to be seen containing the fiscal deficit, while also increasing spending in key areas of the slowing economy 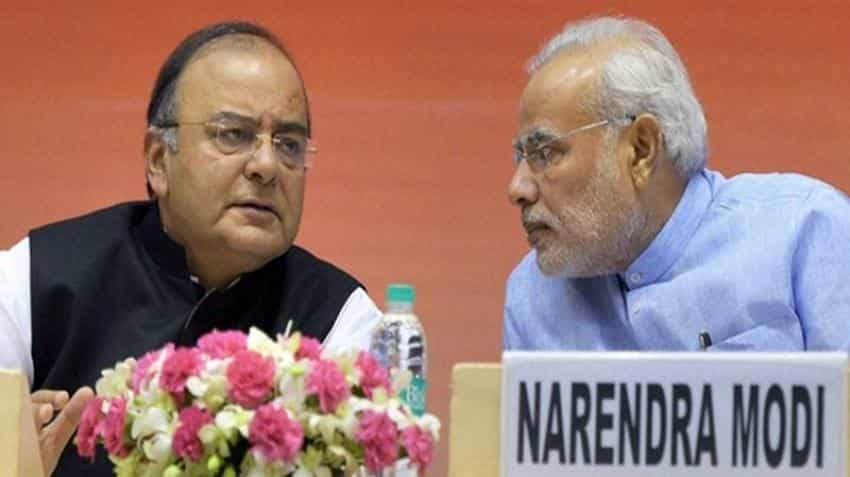 A prudent budget could also soothe the Reserve Bank of India, which holds a policy review on February 6-7 amid worries it could raise rates in coming months. Image source:
Written By: Reuters
RELATED NEWS

To keep investors' confidence, however, Modi's government will need to be seen containing the fiscal deficit, while also increasing spending in key areas of the slowing economy.

Markets will be focused on how much India widens its fiscal deficit beyond the 3 per cent of gross domestic product projected for 2018/19.

A Reuters poll showed most economists expect a 3.2 per cent deficit as the government looks to increase investments in key areas such as agriculture to bolster its re-election prospects in elections due by 2019.

A modest widening of that nature would calm investors worried that the government may slip away from its judicious spending. Traders say bond yields could fall 10 to 15 basis points, while shares could hit new record highs. Gains could be more pronounced if India sticks to its 3.0 per cent target.

But a deficit above 3.2 per cent could hit shares and send bond yields up by 20-25 basis points, depending on the size of the blowout, on fears of populist policy ahead of next year's elections.

"I think the budget will be focused on both investors as well as the common man," said A. Balasubramanian, chief executive officer at Aditya Birla Sun Life Asset Management, adding he expects a deficit of 3.2 percent.

"The government will take care so that the budget is neither inflationary nor fiscally less prudent."

A prudent budget could also soothe the Reserve Bank of India, which holds a policy review on February 6-7 amid worries it could raise rates in coming months after inflation hit a 17-month high in December, well above its 4 per cent target.

Benchmark 10-year bond yields have fallen 135 bps and the NSE share index has surged 55 percent since Modi took power in May 2014.

But a recent spike in inflation, tightening cash conditions, and worries about fiscal slippage have sent the 10-year bond yield up more than 80 basis points since July, the biggest move since the 2013 rupee crisis.

Stocks have been more resilient, gaining 4.9 per cent this year and hitting records amid signs earnings are recovering after years of poor performance.

While investors expect some spending to support an economy that`s expected to post its weakest growth in four years, they will want to see such stimulus is well-financed.

Growth has been hampered by a chaotic rollout of a goods and service tax last year and a shock move to ban high value currency notes in late 2016, which hit tax revenues and increased the chances the fiscal deficit shortfall would hit 3.2 per cent target for the year to March.

Despite an expected revenue increase, investors don't believe India will swing to profligacy, with a rally in oil prices likely to constrain government spending.

India imports 80 per cent of its energy requirements, and the government may need to respond to higher crude prices like it did in October, by cutting fuel duties. The risk that such a contingency is needed could keep the government in check.

"I believe that there is a high chance that fiscal discipline is more likely to be maintained in this budget," said Lakshmi Iyer, fixed income head at Kotak Mutual Fund.