Karun Rishi, President of USA-India Chamber of Commerce (USAIC) described it as a well-balanced, fiscally prudent budget in the right direction. 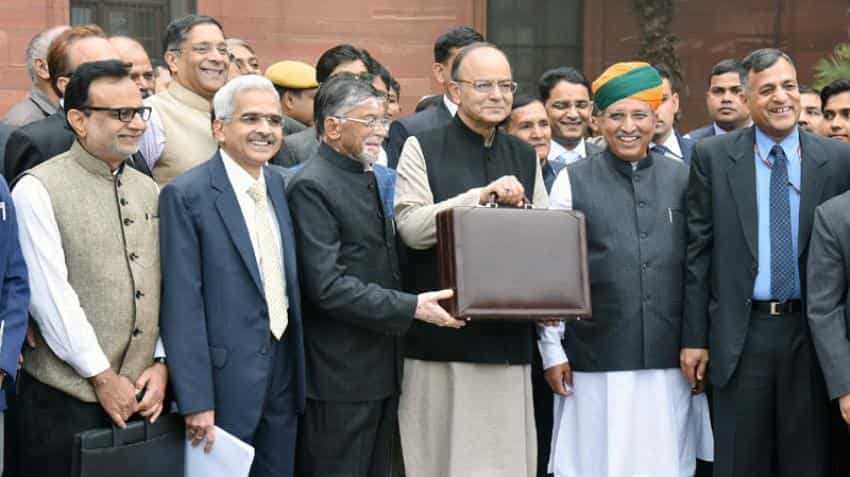 "At a time of global uncertainty, budgets can be challenging to implement but the Finance Minister has done an admirable job in creating a vision that will propel the domestic economy while remaining cognisant about foreign investors," the US-India Business Council (USIBC) president Mukesh Aghi said.

According to USIBC, the budget is a fiscally sound agenda that doubles down on Modi's stated goals of improving the ease of doing business by reducing red tape, investing in "Skill India", and attempts to mitigate the "negative impact" of demonetisation.

"The industry welcomes positive steps in the affordable housing segment, bringing the 'Housing for All' scheme a step closer to reality.

"Relaxation on long term capital gains and infrastructure status to the segment will boost supply in the market. The Council looks forward to more announcements on liberalisation in certain sectors in the near-term," Aghi said.

The budget deepens the government's move towards a digital economy, while remaining committed to attracting foreign investment, increasing infrastructure spending in roads and civil aviation, rationalising the tax structure, spurring domestic growth while also bringing in rural India into the fold of the digital economy, USIBC said.

"I am in complete agreement with Finance Minister Arun Jaitley: when you look around the world today and witness all the retrenchment and chaos underway from Russia to China to Brazil, India stands out as a beacon of stability and predictability," said Ron Somers, founder and CEO of India First Group.

Noting that the budget's relevance as a core policymaking tool is greatly reduced from the early 1990's, Rick Rossow, from Center for Strategic and International Studies (CSIS) said as such there are fewer groundbreaking reforms triggered by the budget itself.

"Instead, we see changing spending priorities, the results of which can take years to fully appreciate. This year, perhaps the most notable features were about the budget's structure- folding in the railways budget, and moving up the date of the budget's presentation," Rossow said.

"A few sectors were prioritised through new or expanded spending measures, such as agriculture. The one significant, relatively new step was the announcement of curbs on political contributions. This is a welcome step that will add transparency to an opaque process," he said.

Karun Rishi, President of USA-India Chamber of Commerce (USAIC) described it as a well-balanced, fiscally prudent budget in the right direction.

"It lays the framework for stable inclusive growth in the coming years," he said, adding the government's target to bring down the fiscal deficit to 3.2% of the GDP in the fiscal 2017-18 is a laudable effort.

Bond markets and the debt markets will see it favourably. Scrapping of Foreign Investment Promotion Board (FIPB) is a bold step, he said, adding that it will increase FDI inflow and help support ease of doing business in India.

Rishi also hailed the Centre for increasing the budget allocation for the health sector by almost 28%.

India's action plan to eliminate Kala Azar and Filariasis by 2017, Leprosy by 2018, Measles by 2020 and Tuberculosis by 2025 shows the government's strong commitment to health sector especially for the poor and needy, he said.

Rishi said to make Indian play an important role in global BioPharma innovation, "we are pleased to see a hike in the budget allocation for Department of Health Research".

Citing the health budget announcement to create additional 5,000 PG medical seats every year, Rishi said, it will help improve healthcare and add to the capacity for R&D and medical education.