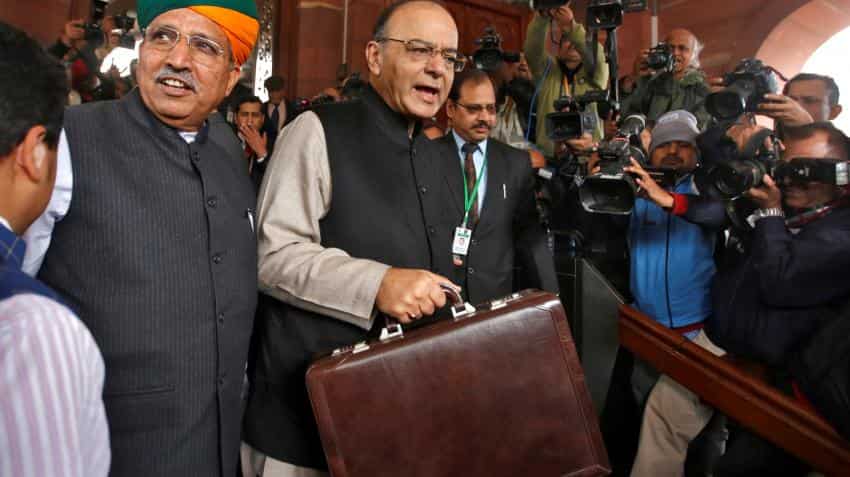 The Budget while retaining MAT, it has increased to 15 years from 10 years the time for carrying forward the future credit claim from MAT. Image Source: Reuters

Analysts and market experts have welcomed the tax proposals in the Budget saying the slew of pro-business measures along with more inclusive taxation for individuals and small firms, will go a long way in boosting consumption which in turn will help the economy grow faster.

"The commitment to stay with fiscal discipline while continuing with rural and infrastructure spending is a positive outcome. Similarly, reduction in tax for SMEs and income tax for the middle class should result in 'tax inclusion', which is important given the backdrop of demonetisation and the upcoming GST.  Moreover, the intent of ease of doing business comes through in the form of domestic TP exemptions, abolition of FIPB, introduction of accountability on tax officers and reduction of timelines for scrutiny, are all in the right direction. Also, granting infra status to affordable housing sector will help boost the sector," Gautam Mehra of PwC said.

Other forms of reforms, including certainty provided for overseas transfers for offshore funds should continue the flow of capital. Continuing the lower 5 per cent withholding tax rate for debt inflow will also boos capital inflows, Mehra added.

Abhishek Rastogi of Khaitan & Co, terming the budget as an 'average one', said the FM has kept the pet themes of transformation, energisation and cleaning up political corruption.

On retaining MAT, Abhishek Goenka of PwC said there was an expectation that the rate of MAT will be reduced in line with its goal of reducing the headline corporate tax rate to 25 per cent.

The Budget while retaining MAT, it has increased to 15 years from 10 years the time for carrying forward the future credit claim from MAT, he noted.

Pranay Bhatia of BDO India also welcomed the extension of period for claiming MAT credit to 15 years from the 10 years now.

He also welcomed the move on not including the FPIs in the capital gains bracket saying this sparing from the implications arising from indirect transfer puts an end to apprehensions of foreign investors.

However, Milind Kothari of BDO India said retaining the headline tax rates is a major disappointment for India Inc as there was a consensus that the Budget will reduce corporate tax rates.

"This would have helped us win more investment, we need to compete with the rest of the world, including emerging economies," he added.

On the GST rollout plan, MS Mani of Deloitte Haskins & Sells said the absence of any major changes in excise and service tax confirms that we are definitively moving to GST from July.

Describing the Budget as a pragmatic one that will boost consumption and growth, Vikas Vasal of Grant Thornton said the focus on rural development, affordable housing and infrastructure will aid the much needed growth.

He also welcomed the tax consistency in the budget, saying this will ensure bringing in clarity on contentious issues and widening the tax overall tax base.

Crediting the FM for sticking to fiscal discipline with a 3.2 per cent fiscal deficit target, Girish Vanvari of KPMG India said the budget yet managed to balance enhanced spending in several socioeconomic schemes and different aspects of economic development.

On the corporate tax reduction to 25 per cent for MSMEs with turnover up to Rs 50 crore will benefit, will help the largest section of corporate India.

"All these reiterate the thrust of the budget to enhancing the tax base and move towards digitisation. More importantly, no changes in the capital gains tax regime for listed stocks and clarification on non-applicability of indirect transfer rules to FPIs and AIFs will be a big relief to the investors and could trigger an immediate rally on the stock markets," Vanvari said.

On the plan to dismantle the FIPB, Amarjeet Singh of KPMG India said this indicates that almost all sectors attracting FDI will move into automatic approval route.

However, what needs to be ensured is that those outside the automatic route are able to get clearances under a single window mechanism.