YouTube Music App launched in India - All you need to know

The company, which claimed that YouTube App would be the one-stop for music, would take on other music streaming apps like Gaana, JioSaavn, Amazon Music, Apple Music, and others in the country. 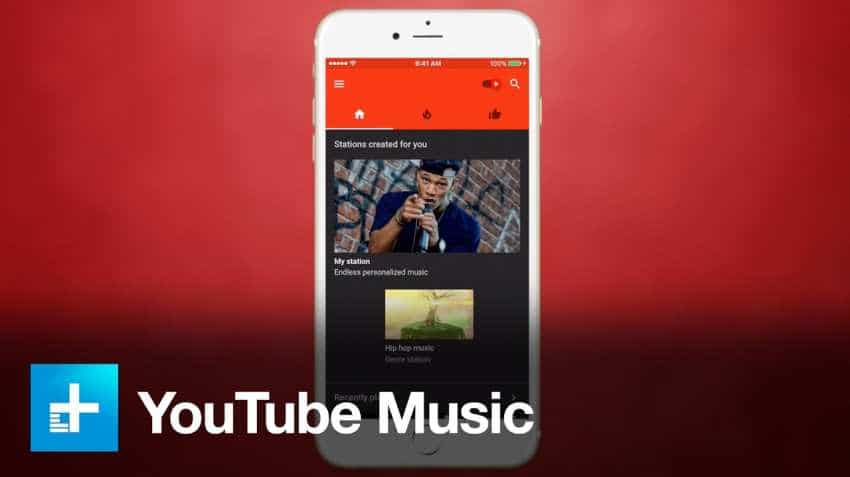 The standard version of YouTube Music would come for free but with ads, while YouTube Music Premium service, which is ad-free, would come with a price. Image source: Youtube
Written By: ZeeBiz WebTeam
RELATED NEWS

In a bid to take on audio streaming service providers, including Spotify, Apple Music, JioSaavn and others, YouTube has launched YouTube Music app in India, to facilitate music lovers to explore and have more personalised experience. Launching the app on Tuesday, the company stated, “The days of jumping back and forth between multiple music apps and YouTube are over. Whether you want to listen, watch or discover, it’s all here.”

The statement further reads, “For the first time, all the ways music moves you can be found in one place.” The YouTube App is set provide music streaming service that is aimed to offer official songs, albums, thousands of playlists and artist radio plus remixes, live performances, covers and music videos and much more.

The company, which claimed that YouTube App would be the one-stop for music, would take on other music streaming apps like Gaana, JioSaavn, Amazon Music, Apple Music, and others in the country.

“While fans can enjoy the new ad-supported version of YouTube Music for free, we’re also launching YouTube Music Premium, a paid membership that allows you to play a YouTube music video in the background while you toggle between apps, write a text message or lock your phone while you’re going for a run, along with offline downloads and an ad-free experience for Rs 99* a month,” the company stated.

For those who have already subscribed to Google Play Music, they would get YouTube Music Premium membership as part of their subscription every month. According to the company, as user of Google Play Music “you’ll be able to access all of your purchased music, uploads and playlists in Google Play Music just like always.”