You can buy Samsung Galaxy A9 priced at Rs 39,000 after launch? See what source code revealed 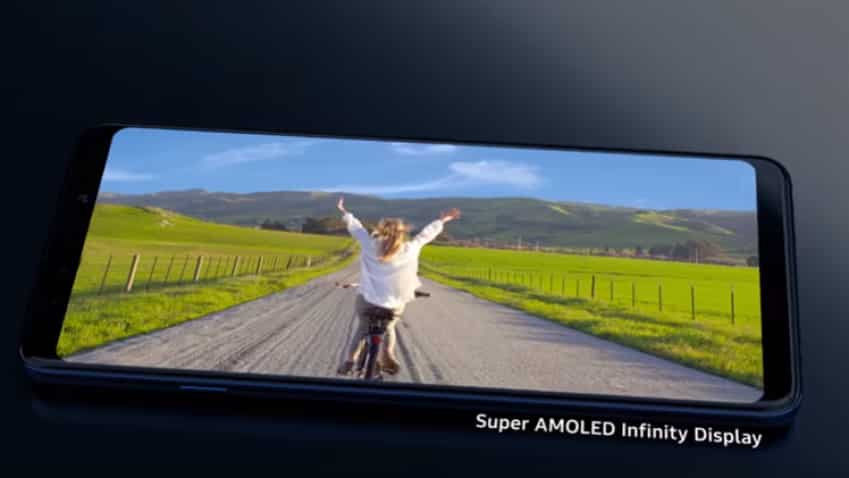 Samsung Galaxy A9 is first of its kind smartphone which boasts a quad-camera setup at the back. Image source: Youtube

During the launch of Galaxy A9 (2018) last month at an event in Malaysia, Samsung announced that this smartphone would be launched in November in India. According to media reports, Samsung may launch the device in India on November 4 and prior to its launch in the country, the price of the smartphone has been spotted in the source code on Samsung website.

Samsung has announced the price of the product as EUR 599 (approximately Rs 51,300) for the European market, during its launch in Malaysia. However, there may be good news in store for Indian fans of Samsung looking to buy Samung A9 smartphone. The hidden price on Samsung's website source code revealed the handset would be priced at Rs 39,000 in India, according to a bgr.in report.

Samsung Galaxy A9 (2018) specifications, features
Samsung Galaxy A9 is first of its kind smartphone which boasts a quad-camera setup at the back. The phone sports a 4-megapixel camera with f/1.7 aperture, an 8-megapixel ultra-wide sensor, 10-megapixel telephoto lens offering 2x optical zoom, and a 5-megapixel depth sensor of f/2.2 aperture.

A fingerprint sensor is there at the rear side of the phone along with a support for Face Unlock. The smartphone is powered by a 3,800mAh battery.

The connectivity options of the phone include 3.5mm audio jack and a USB Type-C port. Galaxy A9 also runs Android 8.0 Oreo out-of-the-box with Samsung Experience UI on top and it also comes with a built-in support for Samsung play.