Xiaomi has prepped up to maintain its leadership in India market by launching "Desh Ka Smartphone" along with Redmi Y1 for customers. 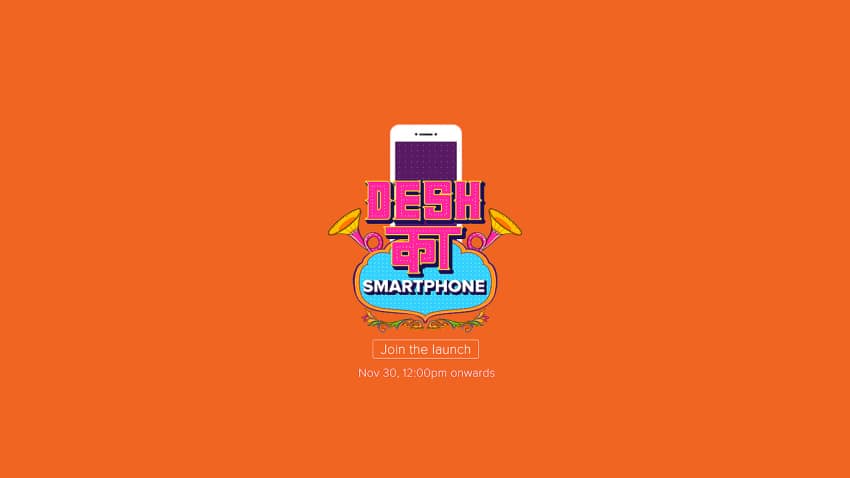 After bagging a leadership position in India's top 50 cities, Chinese smartphone maker Xiaomi is all set to maintain its mark with new launches. The company will unveil a new smartphone, termed as "Desh Ka Smartphone", exclusively on Flipkart .

Manu Kumar Jain, global Vice President of Xiaomi, promoting the new phone twitted, "Multiple files, multiple apps... not having enough storage space can get to be a real pain! But I wouldn’t know. I use the #DeshKaSmartphone!"

Multiple files, multiple apps... not having enough storage space can get to be a real pain!

But I wouldn’t know. I use the #DeshKaSmartphone!

This guy is definitely not a Mi Fan, yet!!

For "Desh Ka Smartphone", Flipkart on its online marketplace has dedicated a whole webpage.

The highlights of Xiaomi's new launch is kept secret, but it is expected to overcome the battery life issues that have witnessed among affordable handsets.

The "Desh ka Smartphone" is expected to have similar features like Xiaomi Redmi, which is available in China for CNY 599 (approximately Rs. 5,800).

With 1.4GHz quad-core Qualcomm Snapdragon 425 processor and 2GB of RAM, the new phone offers internal storage of 16 GB that can be expandable up to 256GB via a microSD card. Also, it boasts a 13-megapixel primary camera on the rear and 5-megapixel front shooter for selfies.

Even the next month also looks packed for Xiaomi, as the Chinese phone maker company will allow it's Redmi Y1 for pre-order booking on December 01, 2017. Xiaomi Redmi Y1's price in India starts from Rs. 8,999.

Redmi Y1 is powered by 1.4GHz octa-core Qualcomm Snapdragon 435 processor having 3GB of RAM. It provides 32GB of internal storage that can be expandable up to 128GB via a microSD card. This phone offers 13-megapixel primary camera on the rear and a 16-megapixel front shooter for selfies.

According to an IDC report, Xiaomi snatched leaderships spot from Samsung by registering 120% in top 50 Indian cities. The company now holds a market share of 26.5% in India, while Sansumg at second spot has 24.1% market share.