Xiaomi Redmi Note 7 to be Flipkart exclusive in India, launch on February 28

Xiaomi is set to launch its latest smartphone Redmi Note 7 in India on February 28. The company had started sending out media invites last week and has also opened registrations for the event. 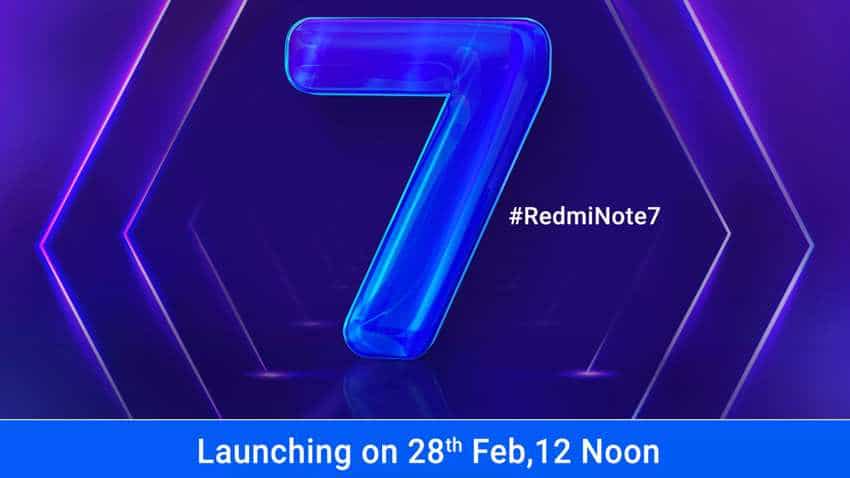 Xiaomi is set to launch its latest smartphone Redmi Note 7 in India on February 28. The company had started sending out media invites last week and has also opened registrations for the event. With about a week left for the launch, the smartphone was teased on Flipkart, suggesting that Redmi Note 7 could be a Flipkart exclusive first. There is a lot of buzz around the smartphone that comes with a 48MP camera. During the first round of registrations, tickets were sold quickly. Now, the company has opened the second round of registration on mi.com and the tickets are available for Rs 480.

Xiaomi Redmi Note 7 was launched in China earlier this year and its features are not a secret anymore. The company claims to have sold over 1 million (10 lakh) units within three weeks in China. This is the first smartphone launched under Xiaomi’s new ‘Redmi’ sub-brand.

DO NOT keep calm, #ǝɟᴉ7ƃnɥʇ will be unveiled on 28th Feb 2019!
Register to buy the ticket for the launch event: https://t.co/T9Ftv1Med9. Limited seats!
4800 RTs and we'll giveaway #RedmiNote7. pic.twitter.com/XpXhRZbcCy

Redmi Note 7 comes with a 6.3-inch FHD+ display with water drop notch, 1080 x 2340 resolution and 19.5:9 aspect ratio. It has a Qualcomm Snapdragon 660 processor paired with 3GB, 4GB, or 6GB RAM. The internal storage can be expanded using a microSD card. The phone is powered by  4,000 mAh battery which comes with Quick Charge 4 support via USB Type-C.

In China, it is available in three colour options– Twilight Gold, Fantasy Blue, and Bright Black.