Xiaomi Redmi 6A, Redmi 6, and Redmi 6 Pro launch today; priced under Rs 10,000, check whether they are worth it

The event will be live streamed on Xiaomi’s platforms, and those who are inerested can register to watch the live stream on event.mi.com/in/6-is-here. The company is also likely to stream the event on its social platforms, including YouTube, and Facebook at 12:30 pm today. 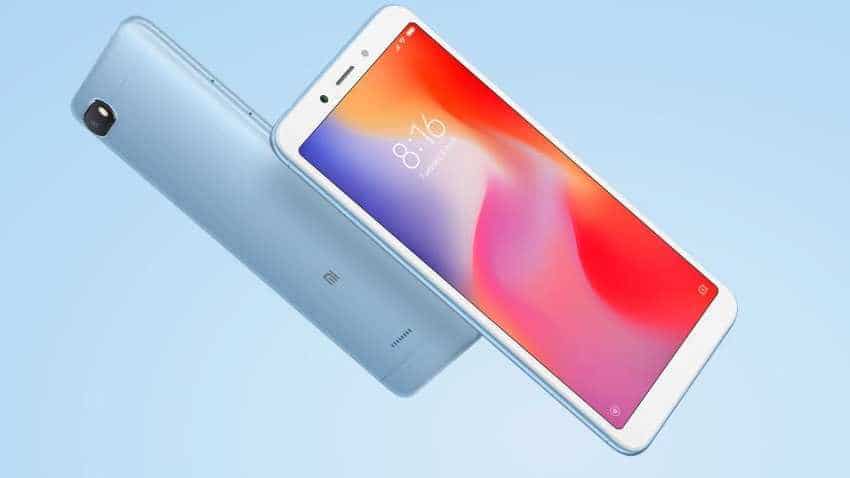 The event will be live streamed on Xiaomi’s platforms, and those who are inerested can register to watch the live stream on event.mi.com/in/6-is-here. The company is also likely to stream the event on its social platforms, including YouTube, and Facebook at 12:30 pm today.

The Xiaomi Redmi 6 Pro, which is claimed to be the company’s most affordable smartphone, is reportedly coming with a notched display and it is the centre of attraction for most. The prices of these phones have not been revealed, but all these smartphones are expected to come under the price tag of Rs 10,000.

The Xiaomi Redmi 6 Pro along with one more device are expected to to go on sale at Amazon India, while the third phone will be sold through a different medium, probably through Flipkart or offline channels, the report said, adding that Xiaomi Redmi 6A will be the most affordable targeting entry-level Android users.

Xiaomi Redmi 6, Redmi 6A and Redmi 6 Pro expected price
According to a BGR report, Redmi 6A will be the successor to Redmi 5A, which has emerged as the best-selling smartphone in India, is expected to be priced at Rs 5,999 for the base variant. For the high end model with higher storage, buyers will have to pay Rs 1,000 more, while Redmi 6 is expected to be priced around Rs 8,499 for the base variant. The Redmi 6 Pro may come at starting price of Rs 11,999 in India, the report said.

Further, the report said that Redmi 6 Pro will be the premium model among these devices. This phone is expected to sport features like a slightly larger 5.84-inch Full HD+ display, notched display with more pixels. Powered by Xiaomi’s Snapdragon 625 chipset and featuring dual cameras on the back, Redmi 6 Pro will reportedly have a larger 4,000mAh battery, and run Android 8.1 Oreo with MIUI 9 on top.