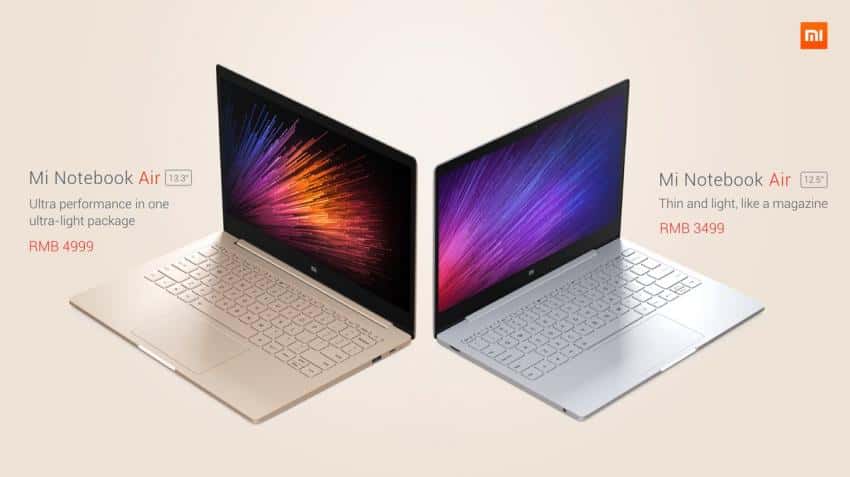 The significant feature of this notebook is that it has 12.5-inch and 13.3-inch sizes.

The laptop is based on the Intel Core M and Intel Core i5 micro processor.

The laptop has full-sized keyboard with blacklit keys and its weight is only 1.28 kgs, cited the company on its Twitter handle.

#MiNotebookAir has a full-sized keyboard w backlit keys, all the ports you need, and guess what? Weighs only 1.28kg! pic.twitter.com/TtWvVyb74B

It works on Windows 10 operating system and syncs with Mi Cloud and unlocks with Mi Band 2, it added.

Media reports suggest that this laptop will give close competition to Apple's Macbook Air.

To know more about the specifics of this laptop, watch the video news report here-