WhatsApp trick: How to check WhatsApp status without letting other users know

This trick can be used through 'Read receipt' feature of the messenger. These receipts are the tick marks that appear next to each message sent by you. 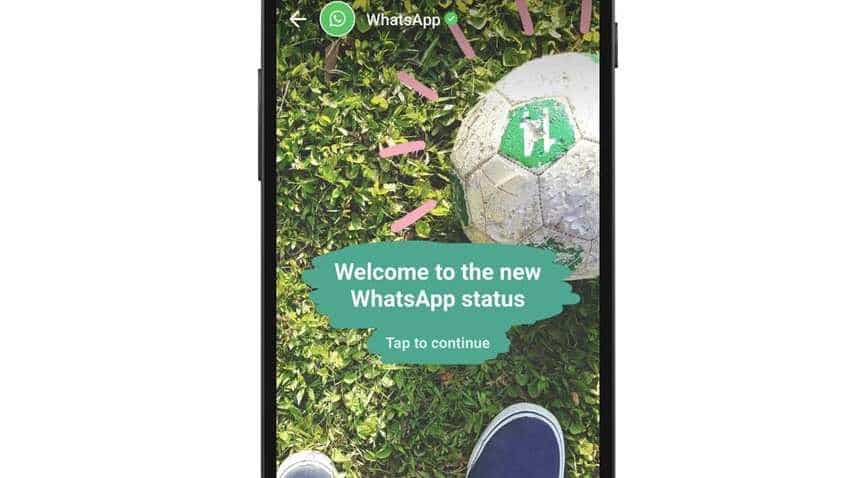 On WhatsApp's 8th anniversary on February 24, the feature was reinvented and now, allows users to share phoṭos and videos with their friends and contacts. Source - WhatsApp.

It has been over two years since the instant messaging platform, WhatsApp introduced 'Status' to the platform. In a blog post back then, Jan Koum had said he and Brian Acton always talked about improving and evolving this original "text only" status feature of the app. On WhatsApp's 8th anniversary on February 24, the feature was reinvented and now, allows users to share phoṭos and videos with their friends and contacts on WhatsApp in an easy and secure way. "This new and improved status feature will let you keep your friends who use WhatsApp easily updated in a fun and simple way," the post read.

The feature has become highly popular among WhatsApp users. But, the problem is that whenever you check someone's 'Status', the user gets to know about it. This can often lead to awkward moments. However, there is a WhatsApp trick that can save you from a lot of embarrassment. There are tricks that let you read WhatsApp messages without letting the receiver know, you can even send a message without typing and of course, you can check WhatsApp status of users without letting them know.

Now, if you want to check someone's WhatsApp Status without letting them know, you need to do it after disabling the 'Read receipt' feature. Once the Read receipts are turned off, your friend won't find out that you have seen his or her status. However, this also means that you won't be able to see the names of people who have viewed your 'Status'.

The instant messaging platform has been a massive hit in India since its launch and currently has over 200 million active users in the country and 1.5 billion users globally, as of February 2019. At the recently concluded Facebook Developer Conference, it was revealed that WhatsApp will soon allow businesses to add a product catalogue on the app. “With catalogs, businesses can showcase their goods so people can easily discover them,” the company claimed.

WhatsApp Business has already been successfully running in India. It is available on Android since January 2018 while the iPhone users got the feature in April this year.