WhatsApp forward limit update: Amid government's increasingly tough stance on the spread of fake and provocative content on WhatsApp. 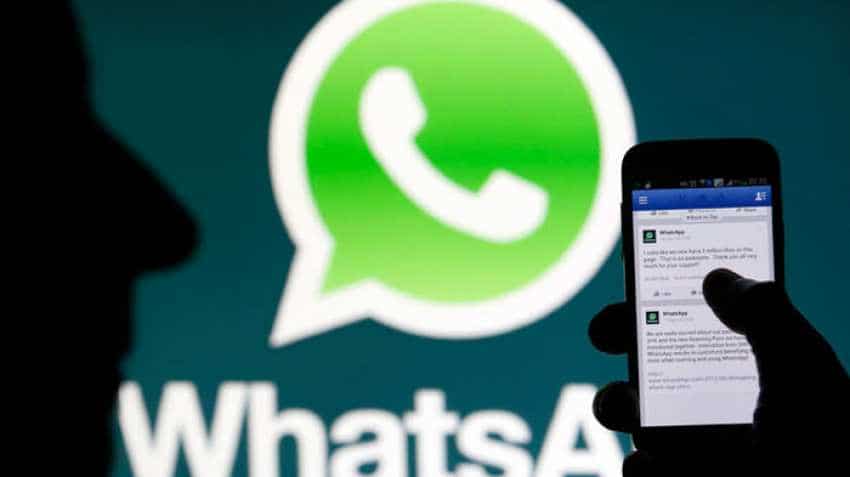 WhatsApp forward limit update: Amid government's increasingly tough stance on the spread of fake and provocative content on WhatsApp, the messaging platform has officially started rolling out the forward message limit to five chats a day. The limit will apply to over 200 million users in India.

In a statement on Wednesday, the Facebook-owned company said, "The limit has started to appear this week for people in India who are on the current version of WhatsApp."
WhatsApp had also published a new video, explaining the importance of "forward" label and asked users to "double check" the facts when they are not sure about the creator of the message.

The statement further said, "This week, WhatsApp is publishing a new video that explains the importance of the `forward` label and calls users to `double check the facts when you`re not sure who created the original message."
WhatsApp allows people to forward messages for up to 20 chats (either individual or groups) globally.

Last month, WhatsApp had started a test to limit forwarding on the messaging platform. On its official blog on July 30, 2018, WhatsApp had said, "Today, we're launching a test to limit forwarding that will apply to everyone using WhatsApp. In India - where people forward more messages, photos, and videos than any other country in the world - we'll also test a lower limit of 5 chats at once and we'll remove the quick forward button next to media messages."

"We are deeply committed to your safety and privacy which is why WhatsApp is end-to-end encrypted, and we'll continue to improve our app with features like this one," it added.

WhatsApp had to take the decision to limit forwarding messages in the wake of reports of the nation-wide lynching of several people on the basis of fake and provocative messages shared through the chat platform. Taking a tough stand on the misuse of the messaging platform, the government of India had asked WhatsApp to immediately find a solution to end the menace.

Recently, the government is said to have asked telecoms to find out ways to block messaging applications if they were misused. News agency Reuters reported a government letter dated July 18 as saying, "You are ... requested to explore various possible options and confirm how the Instagram/Facebook/Whatsapp/Telegram and such other mobile apps can be blocked on internet.”

A department of telecommunication source told the news agency that the letter was aimed at finding ways to block such apps during “emergency situations”. “There is a need for a reasonably good solution to protect national security,” an official was quoted as saying.