We were trying to create conversations around dating, says Tinder India CEO 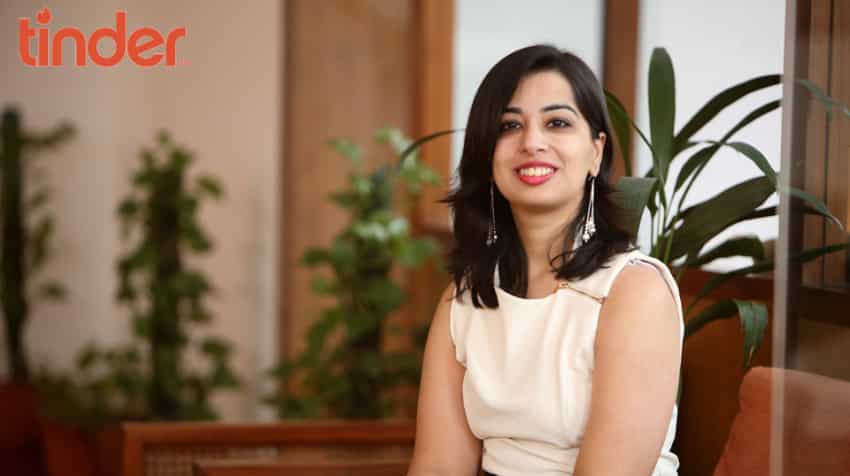 The global hysteria surrounding dating-app Tinder is not lost on anyone. So much so, that 'Swipe right' is now a verb.

The phenomenon did not leave Indians untouched and Tinder set up its office in India in January this year and hired Taru Kapoor as CEO Tinder India.

Within five months, Tinder India released its first video advertisement which was far from the the core "dating-app” and led to severe criticism from various quarters, including social media.

When asked, Kapoor said that their intention was to "stir-up" conversation around dating in India. "It did get picked up by a lot of media because of it and this is great for us,” she added.

Kapoor, in a conversation with Collin Furtado, spoke on Tinder's ad campaign, conversation around dating and brand position in India, monetisation, information security and more.

Tinder in India is looked as a ‘dating’ app so why did Tinder decide to go for the traditional message of parents’ approval in your last ad campaign?

We were just trying to create conversations around dating in India. Dating as a concept is new and confusing to a lot of people, but the reality is that a lot of people are dating but we don’t really talk about it. So, with a lot of our efforts, including that one video that we released on Facebook, the idea was to put dating in a normal scenario.

There is nothing wrong about dating, so we just wanted to stir conversation and put it in a normal Indian household and say dating is normal, that’s it. That was out intent and it worked very well because there is no right and wrong answers to these questions. But it is a question of understanding what our bias are, what are values are.

For us the aim was just to normalise it and have a conversation about it. A lot of people reacted positively, a lot of people had reservations about it and doubts or discomforts, and this is okay.

Your competitor in India ‘TrulyMadly’ had chosen a message which was more on the lines of dating in their ad, but Tinder chose a message similar to matrimonial sites such as Shaadi.com, Bharatmatimony and even Aisle, are these looked at as competition for Tinder in India?

Our core audience is 18-25 year olds in India. We are not a matrimony site.

Our vision is for people to come and meet. Just like when people meet things happen. You meet someone, you like them, you have a conversation, you can become friends with them and starting dating them and some relations last a month, some last forever. There are lots of stories of people who met on Tinder and got married, lots of stories on people who became friends or colleagues, etc.

For us, I think that is the enablement and I don’t worry about what everybody else is doing.

How serious is Tinder about making money?

We have a "freemium" model in the form of Tinder Plus, which offers features like Tinder Passport, Rewind and Super Likes. Our focus is not on monetisation. We are focusing on growth but we do monetise with the features I told you.

The features are available throughout the world and we continuously add more of them, both on the free side and the Tinder Plus feature. It is a premium product but our core user experience is free and will always be free.

India is a very interesting market especially with a lot of potential and an exciting market. So our focus is on growth and user engagement.

Globally we do partner occasionally with brands, but we are very selective. We have done a few campaigns very selectively where it makes sense.

How is Tinder looking to stay ahead of the competition and grow its business in India?

We released Tinder social a few months back which is a completely new innovative way of meeting people in a different context and different setting. We integrated with Spotify globally, unfortunately Spotify is not available in India.

Are you looking to change Tinder’s brand positioning from a dating app to sort of a social networking place? Why?

It is a social discovery platform. Dating of course is our primary case because most people proactively look for romantic interest. So dating remains a dominant usage. But at the core of it, we are a social discovery platform for meeting new people. Like you go to Facebook to connect with people who you are already friends with, you go to Tinder to meet people and make friends for the first time. It (the communication) has always been around Tinder is how people meet and around those core things.

Most dating-apps or sites fail because women are hestinant to share their personal details while men swarm these sites. How is Tinder attracting more women onto the app?

Socially and structurally the barriers are harder for women and when you are creating the category the education cycle is a little harder.

The beauty of Tinder is that it is so empowering, particularly for women, because there are no other options if you are women and want to meet new people in real life.

Because women are judged more harshly and it is much harder for women to approach someone, make friends, etc. Tinder gives them the right to connect with who they want. There are no unsolicited messages, there is nobody bothering you. So they connect with the people only they want to connect with. That is why out female users love the platform. They are way more engaged and we get a lot of positive feedback from them.