Waiting for Xiaomi Black Shark 2 launch? This is when new smartphone will be launched

Next-gen Xiaomi Black Shark 2 is being eagerly awaited by the fans, but there has been little information available about when they will be able to get their hands on it. 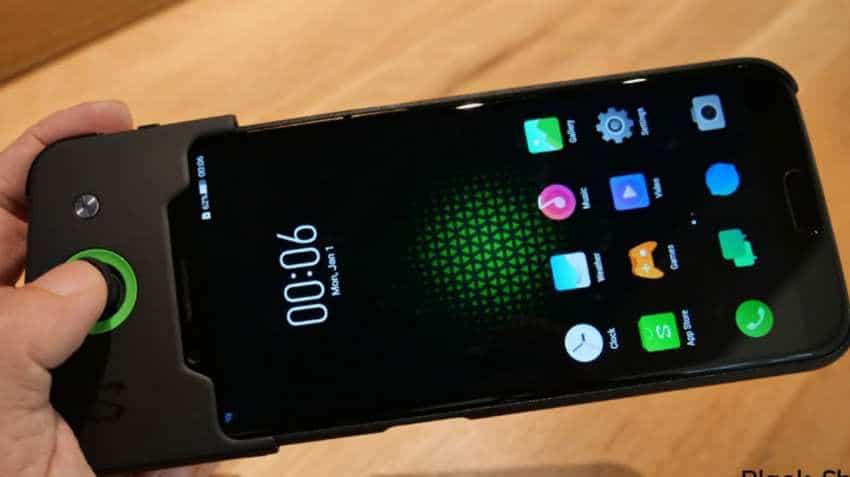 Next-gen Xiaomi Black Shark 2 is being eagerly awaited by the fans, but there has been little information available about when they will be able to get their hands on it. However, the cloud on the launch date has been lifted and Xiaomi reveals that Black Shark 2 smartphone will be launched in China on October 23, 2018. The Chinese smartphonemaker launched its Black Shark gaming smartphone in April this year. the The second-generation gaming device is likely to be available globally. Black Shark is available only in China.

However, Xiaomi has not given any details about the design or specifications of the smartphone. According to reports, design of  Black Shark 2 is going to be very similar to the original Black Shark.  Black Shark 2 is designed for mobile gamers who require some bezels to hold the smartphone better, according to BGR. The position of the earpiece is now much closer to the top bezel and has been widened in size, it said.

It is speculated that there might be more amplified stereo sound with an increase in volume. The bottom chin of the device is now empty. Black Shark 2 smartphone is likely to have 5.99-inch screen size, to be be powered by a Qualcomm Snapdragon 845 SoC paired with 8GB LPDDR4X RAM, the report said. The handset may carry a dual 12-megapixel rear cameras, 8-megapixel selfie shooter, dual front-powering stereo speakers tuned with Dolby Atmos.

Black Shark 2 phone likely to have a 4,000mAh battery. The smartphone likely to be priced at RMB 2,999 (approximately Rs 32,000). For now, Black Shark 2 will be launched in China. It is expected that its availability in the international markets will be soon after.