Vivo Z1x review: The latest offering competes against other mid-range smartphones like the recently-launched Realme XT, the Oppo K3 and even with the already selling vivo Z1x. So, why should you buy the new vivo Z1x in the already crowded segment? Let's find out in our Vivo Z1x review. 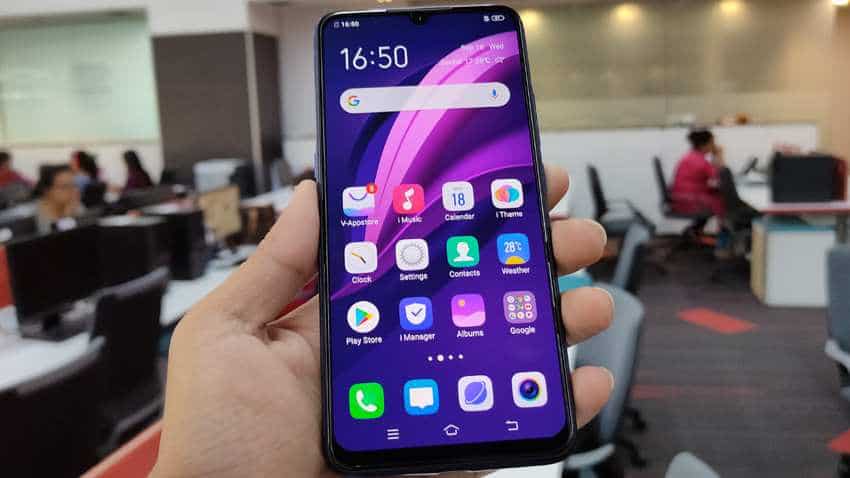 Instead of the dual-tone gradient finish at the back, vivo Z1x comes with a gaudier colour scheme.
Written By: Manas Tiwari
Edited By: Prashant Singh
RELATED NEWS

Vivo Z1x review: Vivo had introduced its 'Z' series in India with the launch of Vivo Z1Pro in July this year. Available exclusively for online buyers, the Z1Pro was an instant hit among smartphone lovers. In fact, we also found it to be a very practical device with a bigger display, powerful processor and improved battery life - basically it had every feature that you would actually use on a smartphone. And, all of this was brought to you in sub-Rs 20,000 segment. The Z1Pro also aimed to offer an improved gaming experience to mid-range smartphone buyers and did it, successfully.

About two months later, the company has launched its second smartphone in this series - the Vivo Z1x, which went on sale in India on September 13. While the focus remains the same, Vivo has made highly useful and noteworthy changes to the Z1x. The new smartphone gets a Super AMOLED display, 48MP rear camera and most importantly, Type C support for charging.

At Zee Business Online, we have been using the Vivo Z1x for almost two weeks now. The latest offering competes against other mid-range smartphones like the recently-launched Realme XT, the Oppo K3 and even with the already selling vivo Z1x. So, why should you buy the new vivo Z1x in the already crowded segment? Let's find out in our Vivo Z1x review:-

The only issue with the vivo Z1Pro was probably with its design. Since it packed a massive 5000 mAh battery, the phone was too thick and heavy for everyone to use it. Fortunately, the company has tried to address that problem with the Z1x which uses a slightly smaller 4500 mAh battery. This has made the device both lighter and more sleek. However, Vivo continues to use a plastic back on the Z1x instead of glass which means just like most smartphones in this segment, this one too is prone to fingerprint smudges. 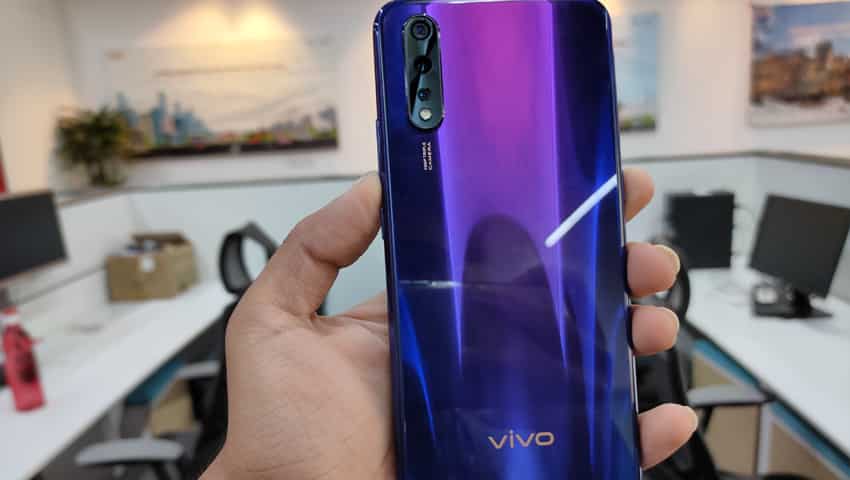 Instead of the dual-tone gradient finish at the back, vivo Z1x comes with a gaudier colour scheme which uses different shades of the same colour to make the real panel look more stylish than the Z1Pro. We had the Phantom Purple colour variant of this smartphone for review which features a light shade of purple in the middle with dark edges.

The Z1x also gets a Super AMOLED screen with 2340x1080p resolution but has ditched the in-display front camera for a small waterdrop notch. There is also a thin earpiece right above the front camera. The Z1x is protected by Schott Xensation 3D glass, an alternative to Corning's Gorilla Glass. 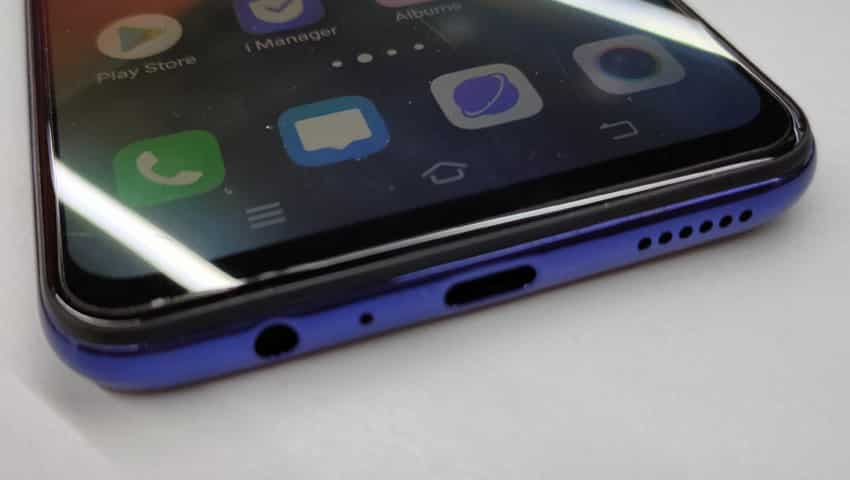 The rest of the design is very similar to the Z1Pro with dedicated Google Assistant button and dual nano-SIM card tray on the left panel. The microUSB charging port has been replaced by the USB Type-C port at the bottom where a 3.5mm headphone jack, and mic also present.

Any smartphone with a price tag between Rs 15,000 and Rs 20,000 has to come with a Super AMOLED display as it makes a lot of difference in user experience. This is where the Z1x is a major improvement on the vivo Z1Pro. It sports a 6.38-inch sAMOLED display that offers better viewing experience from all angles. It also supports "always-on" feature and comes with a fingerprint sensor under the screen.

Notably, the Z1x is powered by the same Qualcomm Snapdragon 712 processor which was also found on the Vivo Z1 Pro. And, performance was the best aspect of the Z1Pro. So, you know what to expect here. The Z1x runs graphics-heavy games like PUBG and Asphalt 9 with ease. You will hardly face any lag or stutter while gaming. 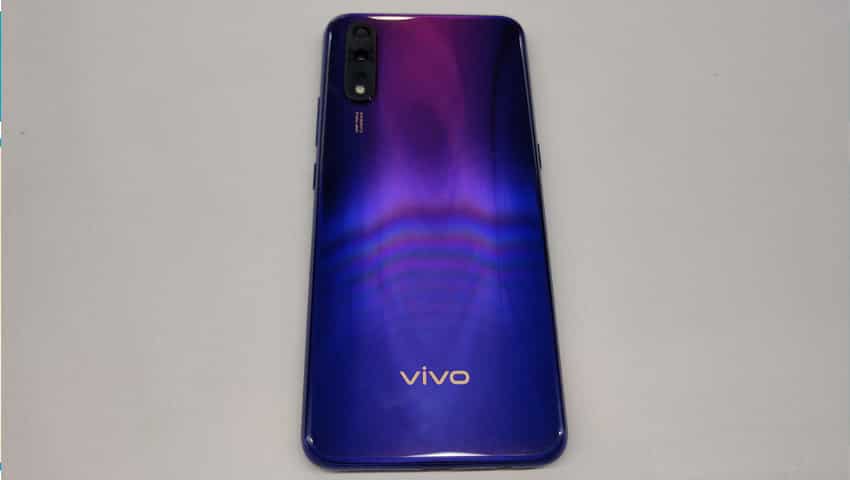 It is also quick to switch between apps and open new tabs. Just like the Z1Pro, this one too comes with a dedicated gaming mode. The Ultra Game Mode gives you access to notification controls and the game is kept running even when the screen is off, thanks to the Off-screen Autoplay.

The phone comes with 6GB RAM which is more than sufficient for multitasking as well. It is available in two storage variants - 64GB storage variant priced at Rs 16,990, and a higher-end 128GB model that carries a price tag of Rs 18,000. As there is no dedicated microSD card slot on the phone, it is better to opt for the latter.

Vivo has also added a 'Dark Mode' on the Z1x but appears more like a 'Grey Mode'. Anyway, it is a handy feature to have on smartphone. You also get several pre-installed apps on this smartphone like Gaana, WebNovel, PhonePe, Paytm, Facebook, and Opera among others. So, you may have to spend some time to clear the unwanted apps or deal with the notifications they send.

The powerful battery is another highlight of the Z1x. It packs a 4500 mAh battery that easily lasts for more than a day in a single charge. What's better? Unlike the Z1Pro, this smartphone comes with 22W fast charging and Type C support. In fact, you get the 22W charger out of the box itself.

With the vivo Z1x, the company has played big on imaging too. The smartphone features a triple rear camera module with 48-megapixel primary camera that uses Sony IMX582 sensor. It is assisted by an 8-megapixel wide-angle camera with a 120-degree field of view and a 2-megapixel depth sensor.

The Sony IMX582 sensor has been used in several smartphones this year and it is hard to find any difference in images clicked by this. The Z1x too captures good shots in the daylight with higher resolution. The Portrait shots taken by the Z1x are decent too but the camera struggles in lowlight. This doesn't event come as a surprise anymore as most smartphones are failing to offer similar output in night or under lowlight conditions. 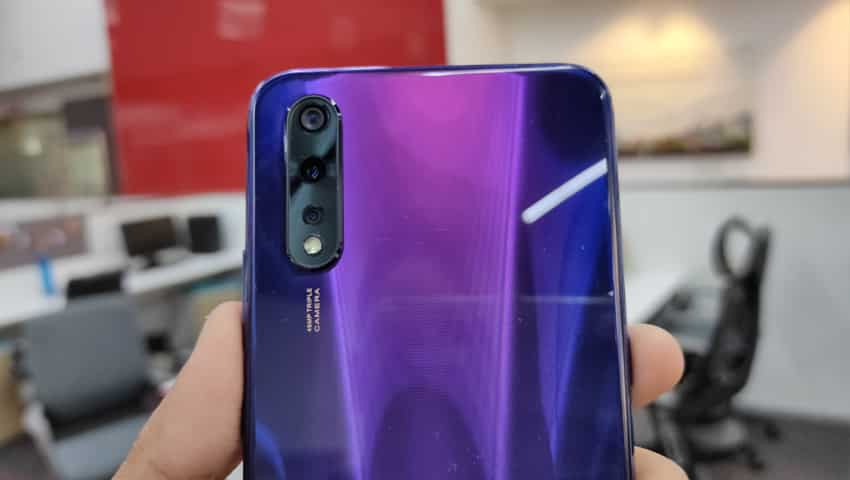 There is a dedicated Night Mode for that which might come to your rescue in certain cases.

On the front, the vivo Z1x comes with the same 32MP selfie shooter that was also used on the the Z1Pro and the vivo S1 earlier this year. There are several AI features on the front camera including a dedicated selfie portrait mode in the camera app. In most light conditions, the selfies turn out to be good.

The vivo Z1x offers a smooth performance, improved cameras and bright AMOLED screen but is its more or less vivo Z1Pro packed with better design, camera and display. Overall, you can expect a far better experience in the price range. The best part about both the Z series devices is that majority of their features are actually useful and not just there for marketing purpose. 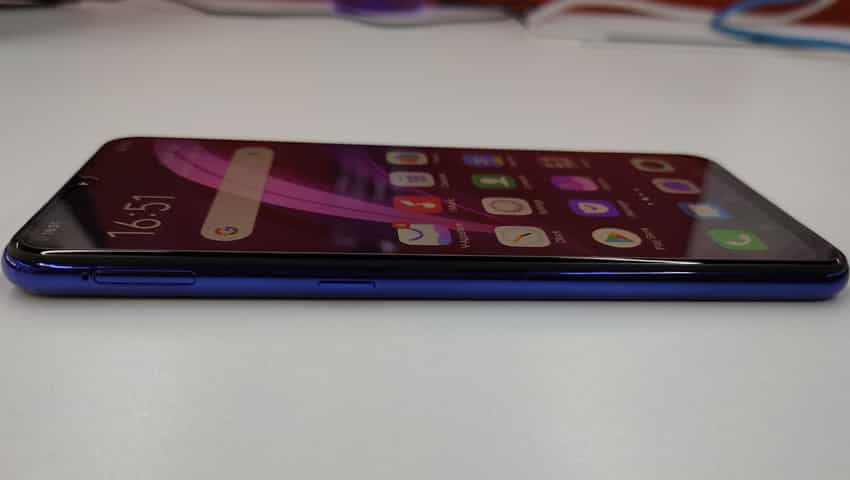 The challenge, however, remains an overcrowded market where you get a new device at a difference of even Rs 500. This segment already has some impressive smartphones like the Redmi Note 7 Pro, Samsung Galaxy A50, Realme X, Oppo K3 and even the Realme XT. If you dig deep, you find there are more options like Huawei Y9 Prime (2019) and Realme 5 Pro as well, leave aside vivo's own Z1Pro and S1.

So, while there is nothing wrong with the device, there is no harm comparing it with others before buying, especially when you have so many options.