Going big on cameras, vivo on Friday launched it's new smartphone in India - vivo V17 Pro, which comes with six cameras in total - two in the front and six at the back. 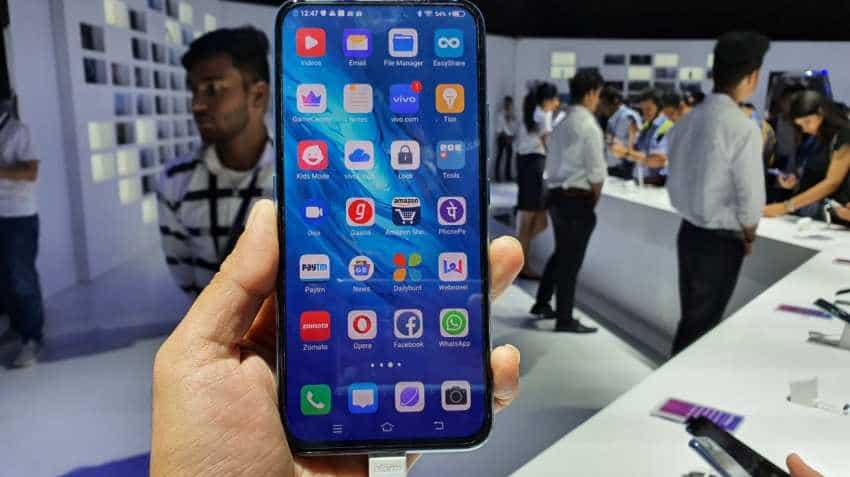 Going big on cameras, vivo on Friday launched it's new smartphone in India - vivo V17 Pro, which comes with six cameras in total - two in the front and six at the back. With this, the V17 Pro has become the first smartphone to sport a dual pop-up selfie camera module. To recall, the pop-up camera was introduced on a smartphone for the first time by vivo last year and since then, several other companies like Xiaomi,  Realme and OnePlus have adopted it. The smartphone was launched during an event in New Delhi.

Ahead of the launch, Zee Business Online had shared the exclusive images of the vivo V17 Pro which flaunts a dual pop up camera at the front. We had also confirmed several other features of the smartphone including its processor and battery.

The vivo V17 pro is priced at Rs 29,990 for the 8GB RAM and 128GB storage variant. The smartphone will go on sale through Flipkart. 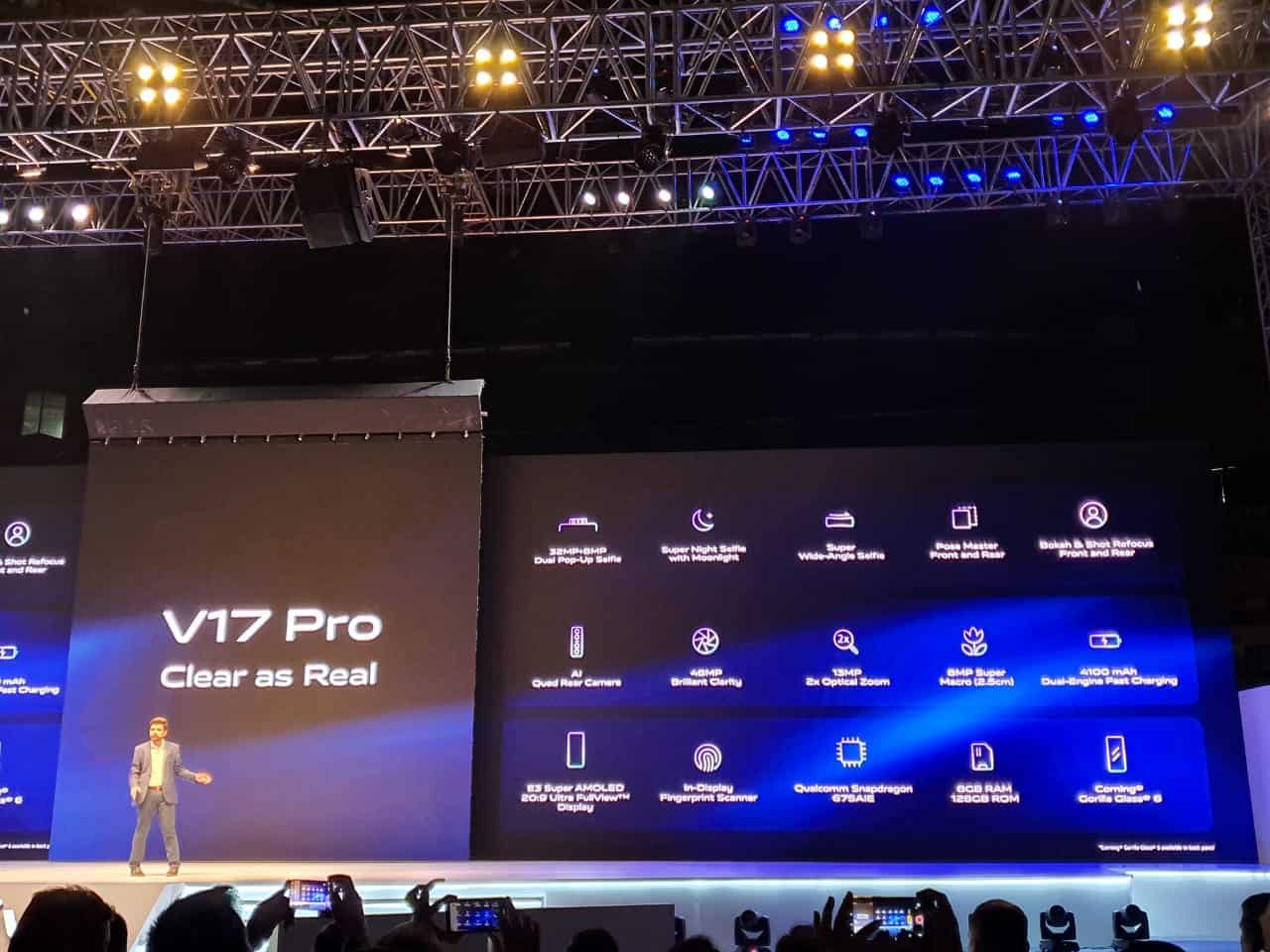 The vivo V17 Pro comes with 6.59-inch FHD+ Super AMOLED display and an in-display fingerprint scanner. It is powered by the Qualcomm Snapdragon 675 processor that also runs the predecessor device Vivo V15 Pro. The latter was launched in India earlier this year. The smartphone comes with up to 8GB RAM and up to 128 GB of internal storage.