Vivo V17 Pro review: How many cameras on a smartphone are enough? With V17 Pro, the company has tried to do something new by offering world's first dual pop-up selfie camera module. But, how well does it perform? And, how is the smartphone in general? Let's find out. 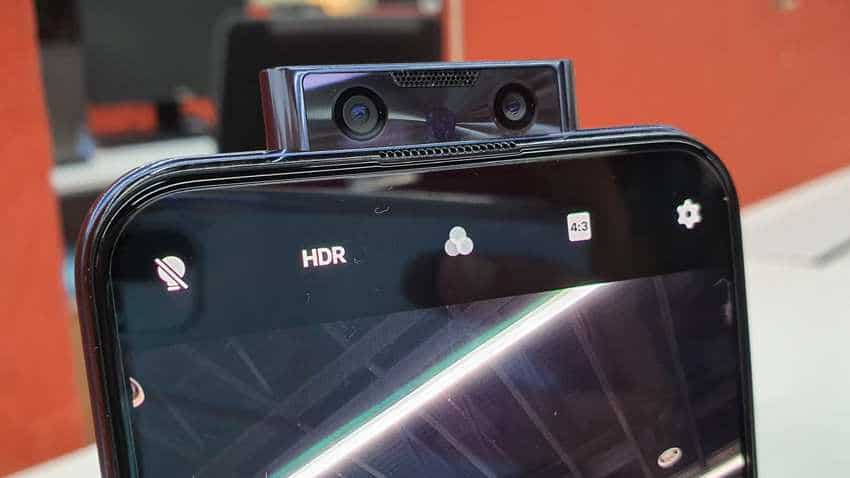 Vivo V17 Pro review: How many cameras on a smartphone are enough? It seems that even the smartphone makers are yet to find an answer to this, increasing the number of lenses with each launch, vivo's V17 Pro being the latest device to do so. Launched on September 20 in India, the V17 Pro sports as many as six cameras - two in the front with a pop-up module and four at the back with a primary 48MP lens. Not just this, the camera app itself has been revamped by the smartphone maker to offer you several features that claim to click good-looking pictures in different light conditions.

Notably, this is vivo's fourth launch in about 75 days with the company unveiling the Z1Pro in India on July 3. Since dropping the performance-heavy device, the company has also introduced the Z1x, S1 and now, the camera-heavy V17 Pro. Vivo India's Brand Strategy Head Nipun Marya, however, told me that the company's was actually aiming for six launches and the consumers should be ready for more surprises. Interestingly, the company has already announced a new 'U' series with the first device under it set to be launched on September 24. 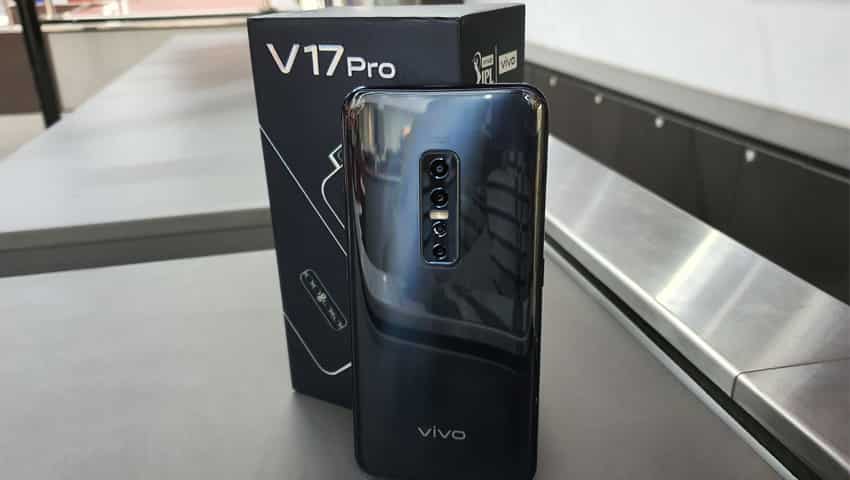 Coming back to the V17 Pro, it acts as a successor to the vivo V15 Pro which created a lot of buzz because of its great design and pop-up selfie module. With V17 Pro, the company has tried to do the same by offering world's first dual pop-up selfie camera module. But, how well does it perform? And, how is the smartphone in general? Let's find out in this Vivo V17 Pro review.

The Vivo V17 Pro is not the most sleek smartphones in the market for sure. At over 200 grams, you can feel that is heavy and thick from the sides. Even though the smartphone packs a 4100 mAh battery which is less than what Z1Pro and Z1x had, the thickness comes from the fact that it has a pop-up selfie-camera mechanism. V17 Pro does have a premium feel to it with a clean finish at the back. The rear panel only houses the vertically alinged quad camera module at the centre and vivo logo at the bottom. 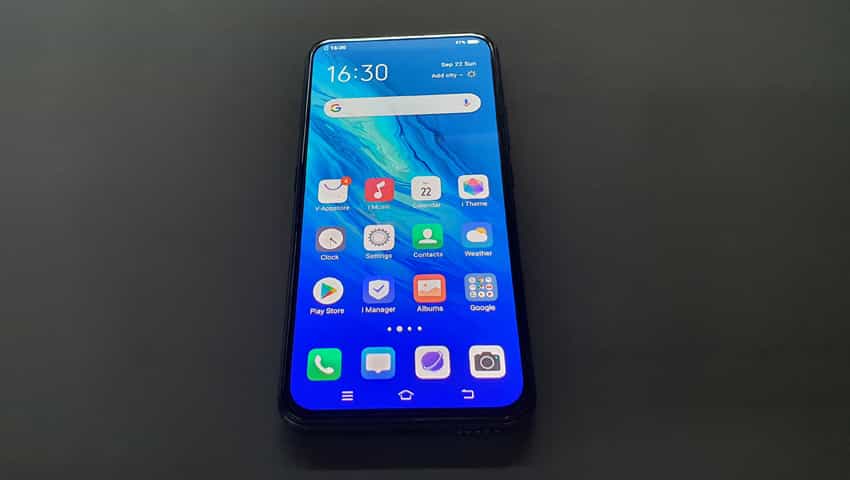 You get the power button and volume rockers on the right panel while a dedicated Google Assistant button has been placed on the left panel. On top of the smartphone, you get the dual-pop selfie camera module along with the 3.5mm jack. The mono speaker, Type-C USB charging port and SIM tray are placed at the bottom of the smartphone.

Vivo has used a Super AMOLED display on the V17 Pro which means you get an in-display fingerprint scanner. There is also support for Face unlock.

The V17 Pro is available in two colours - Glacier Ice and Midnight Ocean. For review, I have been using the latter and even though it attracts fingerprint smudges, they are less than what I have seen on some other recent devices like the Samsung A50s, Realme XT and vivo Z1x. Now, usually, the solution to this is using a case which you also get with the V17 Pro. But, to put it on and remove, is a task in itself. The all-plastic case adds weight to the phone and in case you plan to use it, be very very patient or you might end up throwing the device against a wall. Apart from the weight and thickness, there is nothing wrong with the phone and it looks quite elegant.

On the Vivo V17 Pro, you get a quad camera setup that comprises of a 48MP Sony IMX 582 sensor, an 8MP wide-angle lens, a 13MP telephoto lens with 2x optical zoom and 10x digital zoom capabilities and a 2MP depth sensor. The rear camera module also comes with a LED flash. The smartphone really impresses in the imaging department, clicking some breathtaking shots in different light conditions. 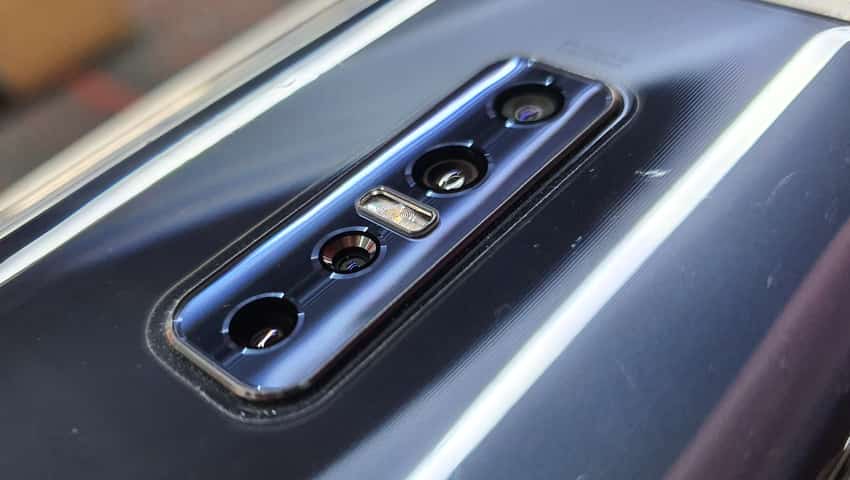 The 48MP lens does its job perfectly well in daylight. The colours are vibrant and natural on the images clicked by this sensor. The camera app supports different modes like HDR and AI scene detection which help you enhance the pictures. However, these modes are not supported in the full 48MP resolution.

I was particularly impressed by the macro lens used on the V17 Pro. In fact, this has to be one of the best super macro lens of this year, only second to the one used on the Honor 20 series. It helps you capture tiny objects with great details and pictures don't lose quality even when you zoom in. The wide-angle lens also clicks good pictures and can be useful in several situations. 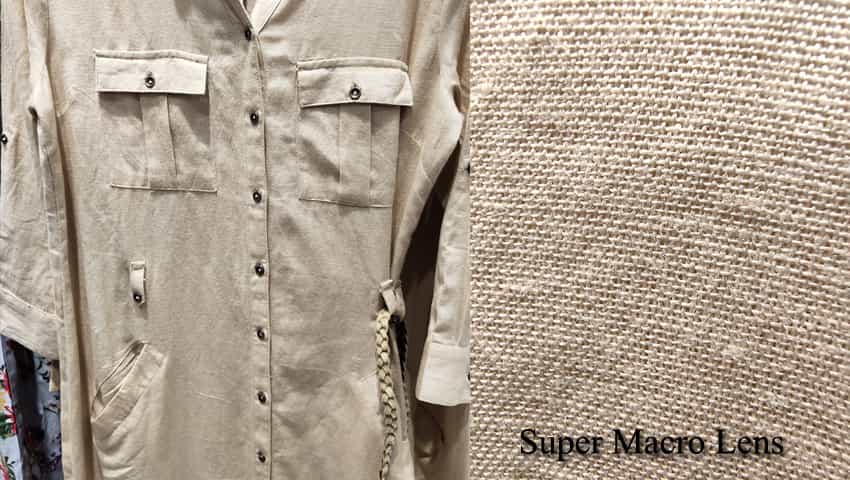 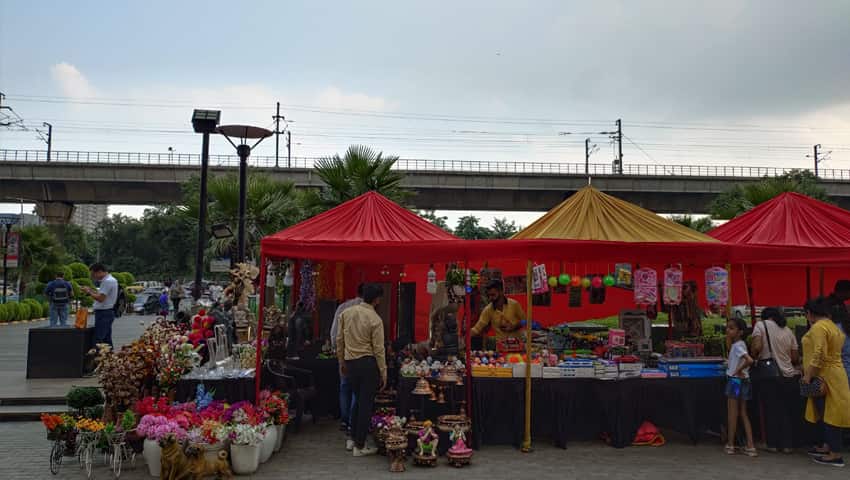 Another impressive part of the V17 Pro is its ability to click better images in low light. This one area where most smartphones, including flagship level devices, have struggled in the recent times. Even without using the Night Mode on, you are able to capture some good shots in darker places. The Night Mode further improves the image quality. 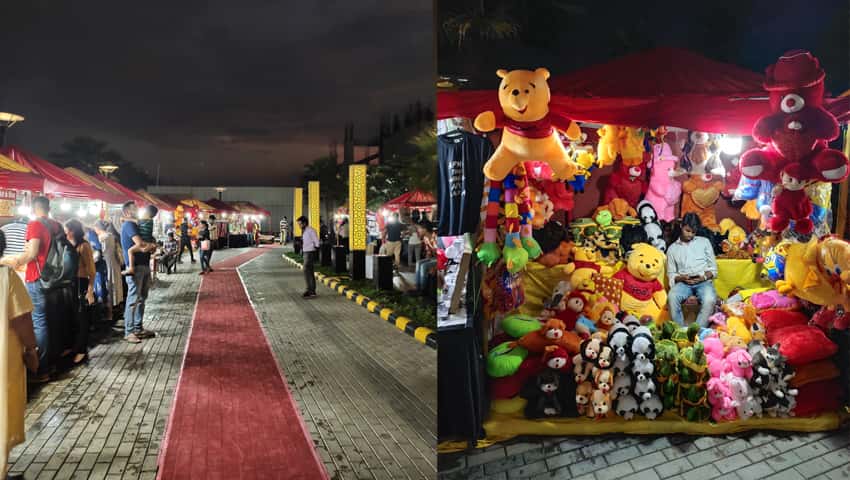 While the rear camera is really effective, the bigger highlight of this smartphone is its unique front module that houses a 32MP main selfie camera assisted by an 8MP wide-angle shooter. Notably, you get a separate flash module on the front as well. The camera comes out of the module very smoothly and responds well. For some of you, there is a bad news as the V17 Pro doesn't come with Face Unlock. Instead, it supports ‘assistive facial recognition’ which activates if the fingerprint is not recognised in three attempts.

V17 Pro's front camera is equally good when it comes to clicking images. The pictures taken are rich in colours and properly exposed. You can add Boke effect to your selfies and use the wide angle lens for group images. Additionally, Vivo has introduced a feature called 'Postures' which suggests your different poses for taking selfies. Whether you can copy those poses or not, is totally up to you. 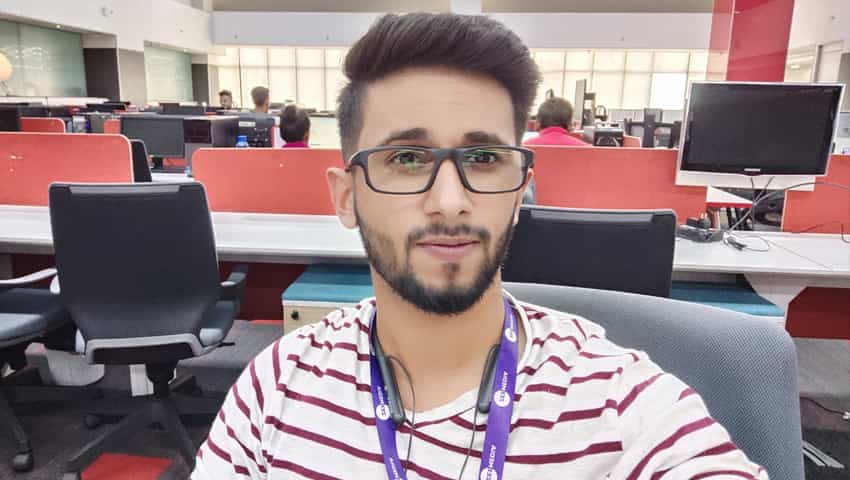 Apart from this, the camera app also allows you to take Pano shots, Live photos, Time Lapse and Slow-Mo videos.

This is where things go wrong for the V17 Pro. The smartphone is powered by Qualcomm Snapdragon 675 chipset coupled with 8GB of RAM and 128GB of internal storage. For a smartphone priced at Rs 29,990, the company could have gone for a 7-series chip from Qualcomm, especially with some lesser priced devices like Redmi K20 and Realme XT offering better processors.

For daily tasks, the processor is more than enough helping you through multitasking. You don't face any issues while switching between the apps either. However, the device is not made for running heavy gaming titles. And, if you plan to play PUBG: Mobile or Modern Combat on the V17 Pro, you will have to switch to lower graphic setting.

The good news is that V17 Pro uses a 6.44-inch Super AMOLED display with an immersive 20:9 aspect ratio and FHD+ resolution. The screen is big enough for media consumption and produces good colours. Also, it comes with WideVine L1 certification that allows you to stream high resolution content from streaming services like Netflix. The device packs a 4,100mAh battery which easily lasts for a day. Moreover, it comes with fast charging support.

Vivo is marketing the V17 Pro around its camera. This is good and fair strategy by the company with a specific target audience. The smartphone ticks every box when it comes to photography, clicking good looking selfies and high quality images under almost all light conditions and settings. If you go on a trip with the V17 Pro, chances are you might return with a year of Instagram images.

However, there is more you that you ask from a smartphone. The V17 Pro is not where it should have been with its performance. Its price only make things trickier for the company. The vivo V17 Pro price in India has been set at Rs 29,990 for the lone variant, making the right camera smartphone at wrong price point. Vivo would have attracted more sales with this device if it was priced around Rs 25,000. Or, the company could have gone with two different variants of the smartphone, one emerging as the more affordable option.

Having said that, if you are a photography enthusiast and prefer using a smartphone camera over a DSLR for creating content, the V17 Pro is not a bad option.