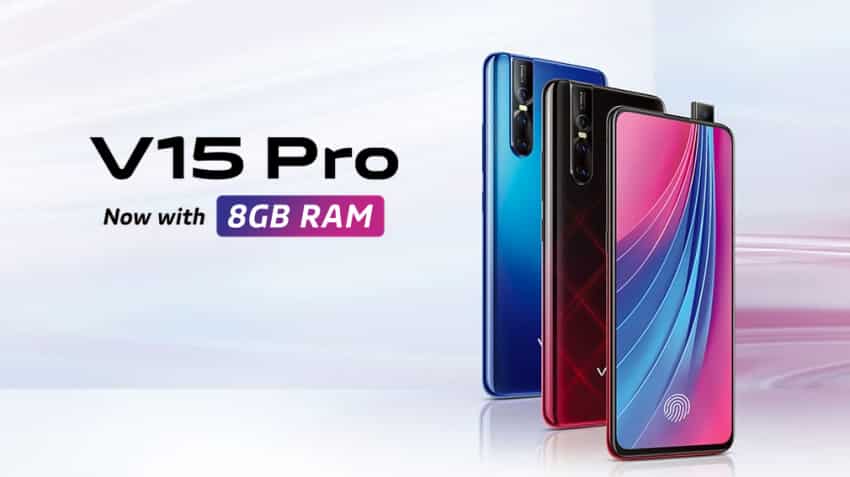 The Chinese smartphone manufacturer Vivo unveiled the new 8GB variant of its Vivo V15 Pro in India. The smartphone company earlier this year in February had launched the mid range smartphone V15 Pro's 6GB RAM+ 128GB ROM version. Now, not only there is a newer version available in the market but also the former model has its price slashed. So if you were looking forward to buying a smartphone at reasonable price and quality features, look no further and grab this opportunity.

The 8GB RAM variant of the Vivo V15 Pro has all features similar to its 6GB counterpart. The smartphone is powered by a Qualcomm Snapdragon 675AIE Octa-core processor and has an Funtouch OS 9 operating system. The smartphone has a storage capacity of 128GB and supports a microSD with storage up to 256GB.

The Vivo V15 pro 8GB version comes in two colours for the buyer to choose from, topaz blue and ruby red.