Vivo U20 review: A competent contender on the budget battleground

Vivo U20 review: The latest offering from the smartphone manufacturer is the vivo U20 -- a successor to this year's U10. As the name suggests, the smartphone is an upgrade on its predecessor and is positioned in the same budget segment that already has some impressive offerings from Xiaomi, Realme and even, Samsung. 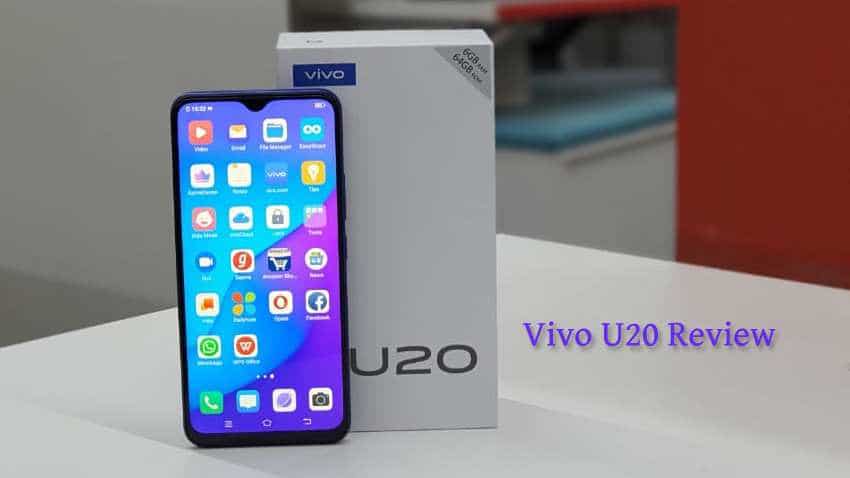 The vivo U20 is a major upgrade on the U10 in terms of hardware.
Written By: Manas Tiwari
Edited By: Harish Dugh
RELATED NEWS

Vivo U20 review: As the world keeps applauding Xiaomi for its dominance in the Indian market or Realme for its rapid growth over the last 12 months, there is one brand that is silently holding onto its position and is gradually increasing its market share in the country - vivo. The Chinese smartphone maker currently sits behind Xiaomi (27.1 per cent) and Samsung (18.9 per cent) with 15.2 per cent market share. According to the latest IDC report, vivo registered a strong YoY growth of 58.7 per cent in Q3FY19 on the back of its affordable Y series and the online exclusive Z and U series. The last two accounted for more than 20 per cent of company's overall shipments, helping vivo grab third spot in online sales with a market share of 8.2% in 3Q19.

This should be celebrated and talked about more than it is. Yes, in between there have been devices like Vivo V17 Pro that have disappointed with their price tag but the company has still managed to make a mark. Unlike other brands, vivo has kept itself focused in 2019, building some practical devices like the Z1 Pro and U10.

The latest offering from the smartphone manufacturer is the vivo U20 -- a successor to this year's U10. As the name suggests, the smartphone is an upgrade on its predecessor and is positioned in the same budget segment that already has some impressive offerings from Xiaomi, Realme and even, Samsung. So, is it good enough to leave vivo's inventory and find a place in your pocket? Let's see.

Vivo U20 review: Design and Display

That is the kind of conversation you are likely to have with the vivo U20 in your hand quite often and it pretty much sums up the design. Vivo has used a plastic back panel and frame which gives the U20 a glossy finish and makes it shine - perhaps, unnecessarily so. But, since science says that it's faster for our eyes to adapt to bright light than to adjust to the darkness, I guess you will be quite fine with this dazzling effect. There are two colour options to choose from - Racing Black and Blaze Blue. We had the latter for review purposes and going by the images, it appears that the first would be a more graceful choice. 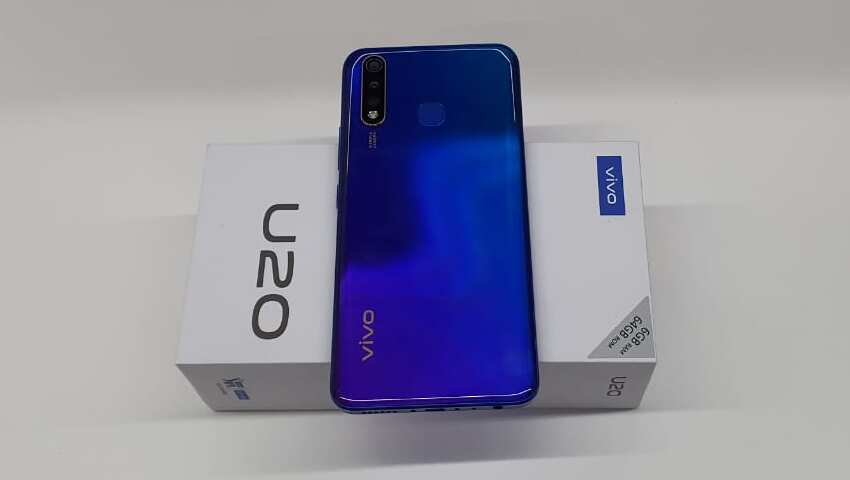 At the same time, there are a lot of buyers who prefer these shiny gradient finishes so it eventually comes down to a personal choice. The other design elements are basic with - power and volume buttons on the right, SIM tray on the left and 3.5 mm jack, charging port and speaker grill at the bottom. The phone is slightly thick and weighs around 193 grams.

Vivo has used a rear fingerprint scanner on the U20 and while it works fine, the positioning is slightly abrupt with you having to stretch your hand to reach it. The back panel also houses the triple rear camera module which is protected by a ring around it. 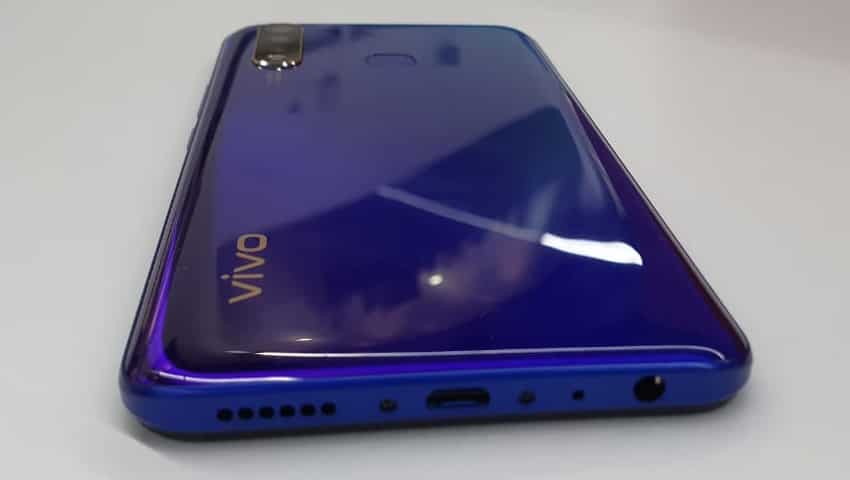 On the front, vivo claims to have maintained a screen-to-body ratio of 90.3 percent. Apart from the slightly thick chin, the bezels have been kept at minimum thanks to the waterdrop notch used for the front camera. The vivo U20 comes with a 6.53-inch IPS LCD panel which is bright from all viewing angles. This time the smartphone maker has gone for a full-HD+ panel, an upgrade on the HD+ display used on the U10.

Vivo U20 review: Performance and Battery

The vivo U20 is a major upgrade on the U10 in terms of hardware. It ships with Qualcomm Snapdragon 675 processor -- an improvement over the Snapdragon 665 chipset used on the U10. Snapdragon 675 is used on some other smartphones in this price range including the Redmi Note 7 Pro which is priced higher than the U20. This has been coupled with up to 6GB RAM while the storage has been kept at 64GB for both the variants. However, it can be expanded by up to 256GB via a microSD card.

The processor offers smooth multitasking and gaming experience at medium settings. You can also play games at high preset with graphics set to HD but the only issue here is that the phone gets warm during long hour usage. Vivo has also included its Ultra Game mode on the U20 which comes with features like off-screen Autoplay that lets a game run even with the display switched off and block notifications. When in this mode, you can also answer calls automatically in hands-free mode to minimise interruptions. 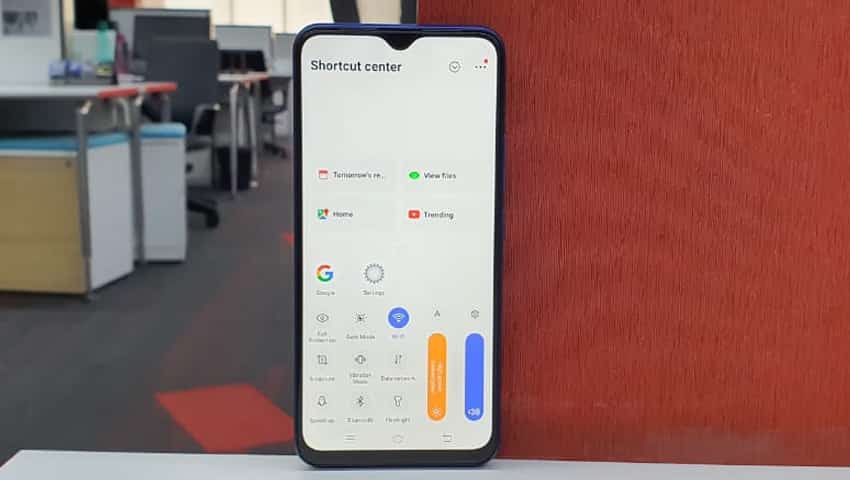 The screen size is quite apt for streaming online content as well.

The OS can be a problem for some users. Vivo U20 runs Funtouch OS 9.2 on top of Android 9 Pie and comes with several pre-installed apps or as some of you may call it - bloatware. There is EasyShare, GameCenter, Gaana, Amazon Shopping, Helo, Dailyhunt, Opera and more other apps. Its always better to uninstall the ones you don't need to avoid unwanted notifications.

Battery is a big highlight on the vivo U20. It comes with a 5,000mAh battery, same as the Realme 5s and is accompanied by a 18W Dual-Engine fast charger in the box. The phone should easily last around 30 to 36 hours even on medium to high usage and charges quickly as well.

One area where vivo has delivered consistently is the camera department. Even a smartphone like vivo V17 Pro that we criticised for its price tag, left a big mark with its excellent camera setup. And, the U20 is no different. It comes with a triple rear camera setup that consists of a 16-megapixel primary camera with a Sony IMX499 sensor, an 8-megapixel super-wide-angle camera, and a 2-megapixel macro camera. 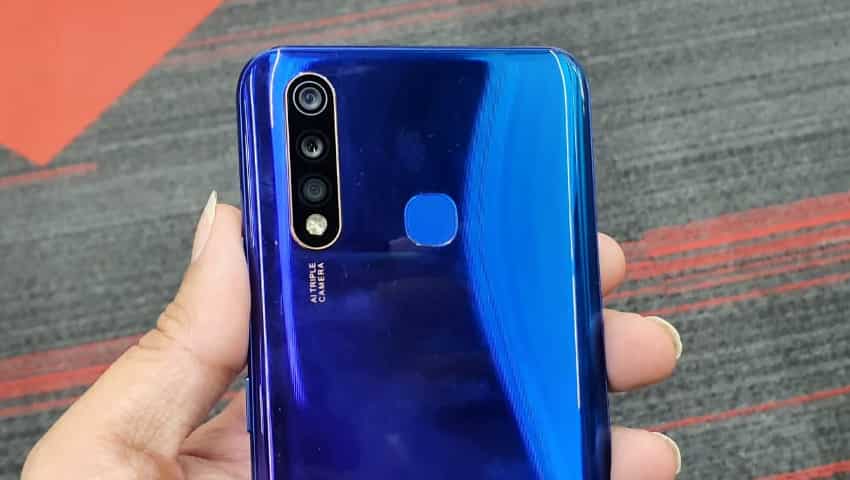 The camera app comes with several options like Night, Portrait, Pano, Live Photo, Pro, AR Stickers, and Time-Lapse modes to choose from. You can also add different filters to your images.

The camera performance was respectable with high quality output in bright conditions. The portrait shots stood out from the lot and images captured from the macro lens are equally impressive too. The low light shots aren't that great but can be managed with. 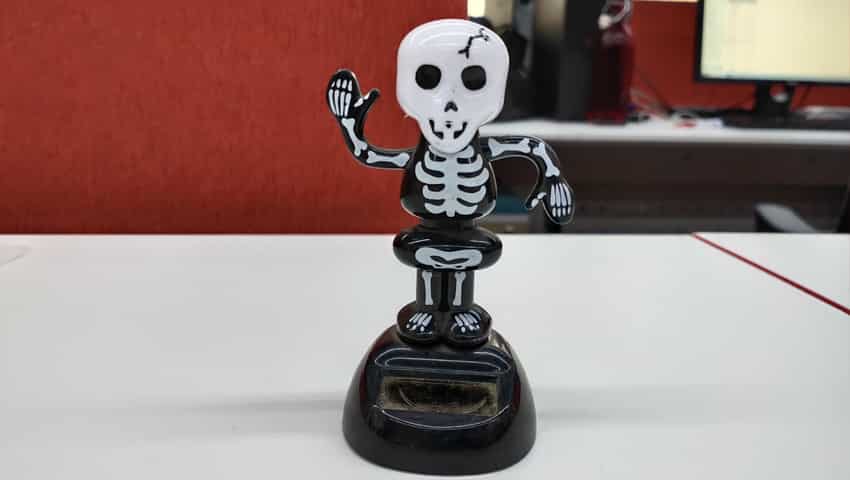 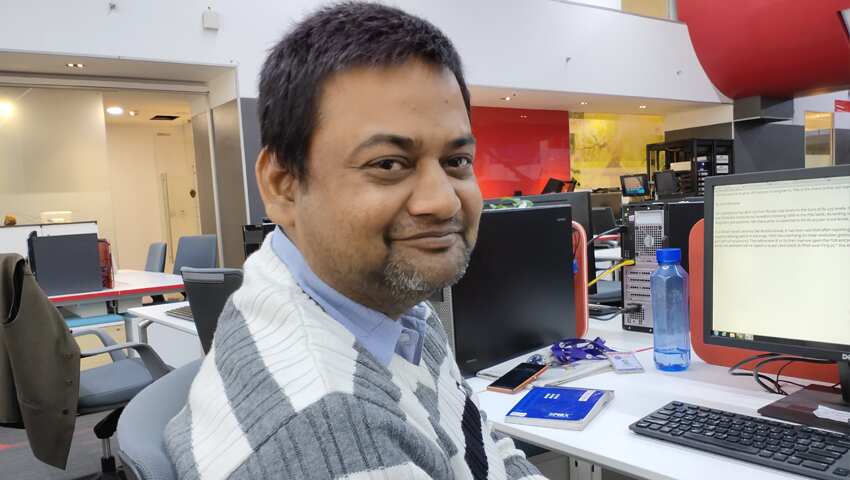 On the front, you get a 16-megapixel camera which manages decent selfies.

The vivo U20 price in India has been set at Rs 10,990 for the 4GB RAM, 64GB internal storage variant while the 6GB RAM, 64GB storage model would cost you Rs 11,990. It is an interesting positioning by vivo which makes the U20 superior than sub-Rs 10,000 smartphones because of its specs and more affordable than the sub-Rs 15,000 phones for visible reasons.

There could have been some improvements in design and the OS remains a concern, but the vivo U20 does offer powerful hardware with an improved processor and bigger battery. The smartphone somehow justifies its price tag and emerges as a competent contender in the fierce ongoing battle for the budget space. But, if you want more options before taking any decision, compare it with the Realme 5s, the Samsung M10s and the Redmi Note 8.