Vivo S1 review: It's got STYLE, clicks good selfies; but should you buy?

Vivo S1 review: The company claims that this smartphone has the potential to be a fashion accessory. It sent us a review unit of the S1 which we have been using for almost 10 days now and here’s a detailed look at what we make of it. 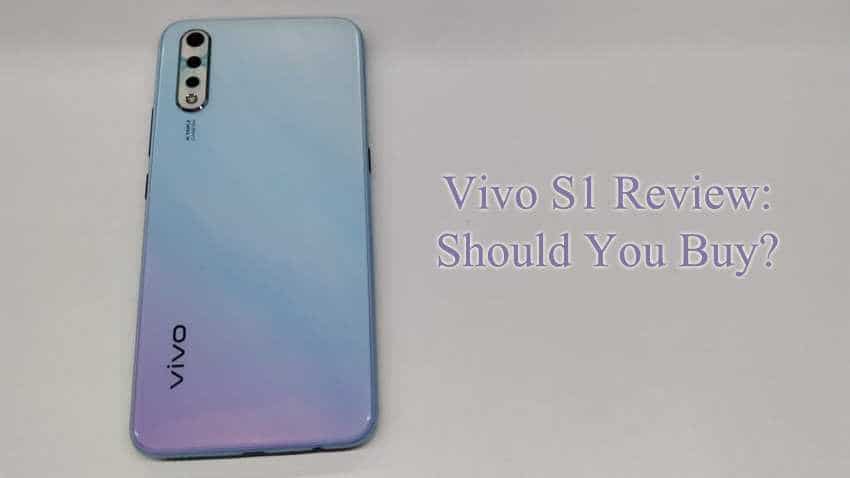 Launched last week in India, the vivo S1 follows the vivo Z1Pro launched in July, a powerful performance driven smartphone, that was a massive hit in the country.
Written By: Manas Tiwari
RELATED NEWS

Vivo S1 review: What is a smartphone mean to you? It could be anything from a multitasking gadget to a gaming device. But, vivo believes that your smartphone has a lot more potential and it could actually be a fashion accessory. Well, the idea does sound interesting as our phones remain in hand for most part of the day. And, if they got style, it’s like icing on the cake. The Chinese smartphone manufacturer has tried to execute the idea with its latest offering – the vivo S1 – the first smartphone in its all new ‘S’ series.

Launched last week in India, the vivo S1 follows the vivo Z1Pro launched in July, a powerful performance driven smartphone, that was a massive hit in the country. In fact, the company has been doing well in the country despite its Chinese rivals Xiaomi and Realme consistently introducing newer technologies and heating up the competition. 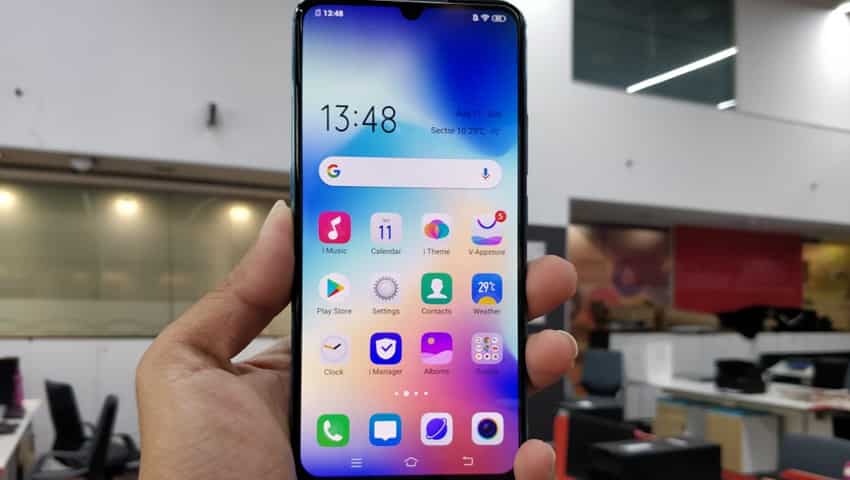 Just like the Z1Pro, vivo has also priced the S1 at less than Rs 20,000. The difference is that the latest offering is for those looking for a stylish device that can click high quality selfies while the Z1Pro brought a superior gaming experience to the budget segment. The company sent us a review unit of the S1 which we have been using for almost 10 days now and here’s a detailed look at what we make of it.

One of our biggest complaints with the Z1Pro was that was its massive screen size and weight. The phone was really big and heavy, making it tough for everyone to carry. The smartphone manufacturer has tried to address this problem with the vivo S1 which is comparatively sleek and weighs a lot less. Given that even this one packs a 4500 mAh battery, it is a commendable improvement. 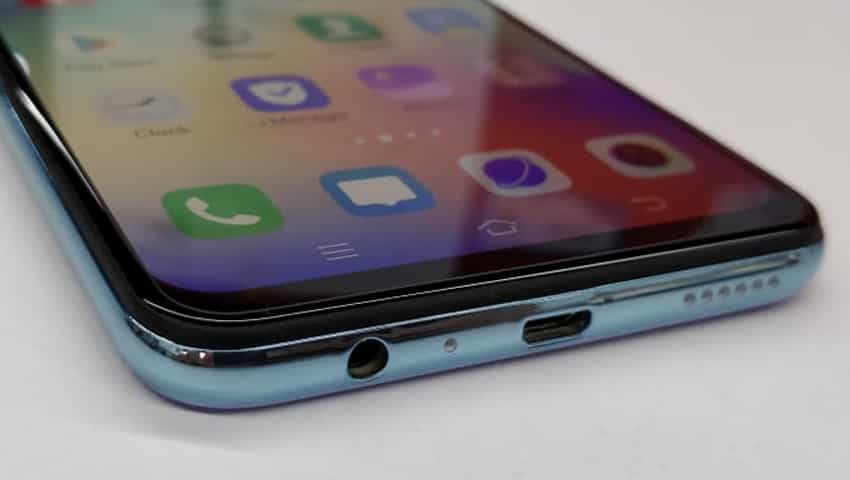 The vivo S1 is one the most well-designed smartphones of the year that uses every possible inch available to offer a good looking device. It comes in two colour options – Skyline Blue and Diamond Black – both sporting a dual tone finish, giving the phone a premium look. We had a Skyline Blue variant for review which standouts from the colour options that most makers offer. It is very simple, sober and looks elegant.

At the back, you get a triple rear camera setup which sits right above the LED flash and the vivo logo. The module carries the text saying ‘AI Triple Camera’. The volume rockers, power button and the SIM tray have a usual placing. 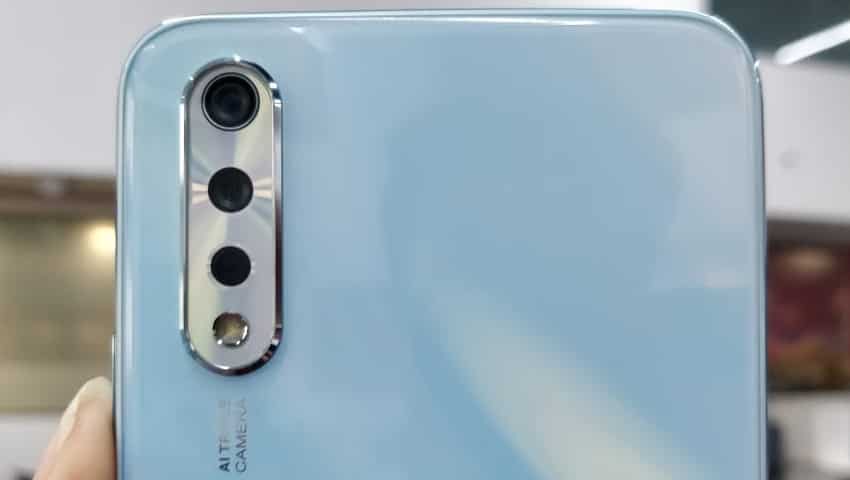 The S1 comes with a 6.38-inch display at the front which is almost the perfect size for media consumption and makes the phone easy to carry as well. To further enhance your viewing experience, the phone offers in-display fingerprint scanner and in-display selfie camera. This gives you a better screen-to-body ratio.

To have a good-looking smartphone is never a bad option but design isn’t the only reason you would spend on a smartphone. And, this is very the vivo S1’s capable selfie camera comes into play. The phone features a 32-megapixel selfie camera, a rare feature to get at this price point. The vivo S1 clicks good selfies in almost all light conditions. 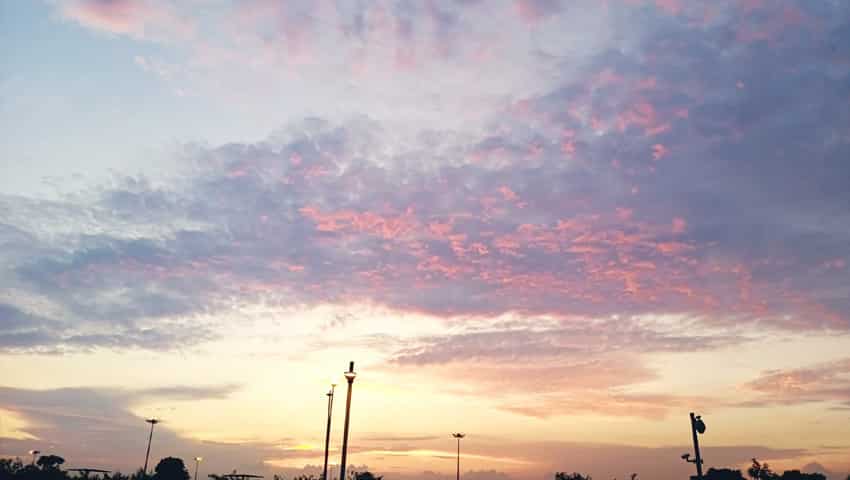 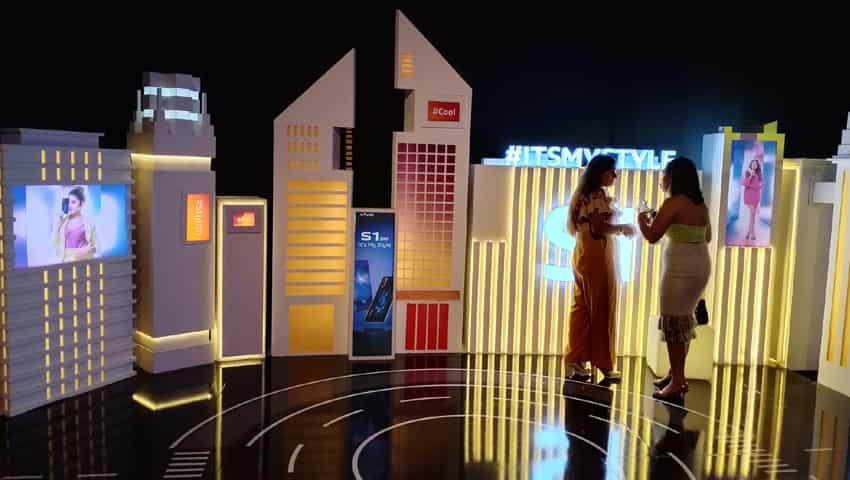 There were times when the images were too soft. That is largely due to the AI algorithm used on the phone. Whether it is a good thing or bad, depends entirely on your personal preference. 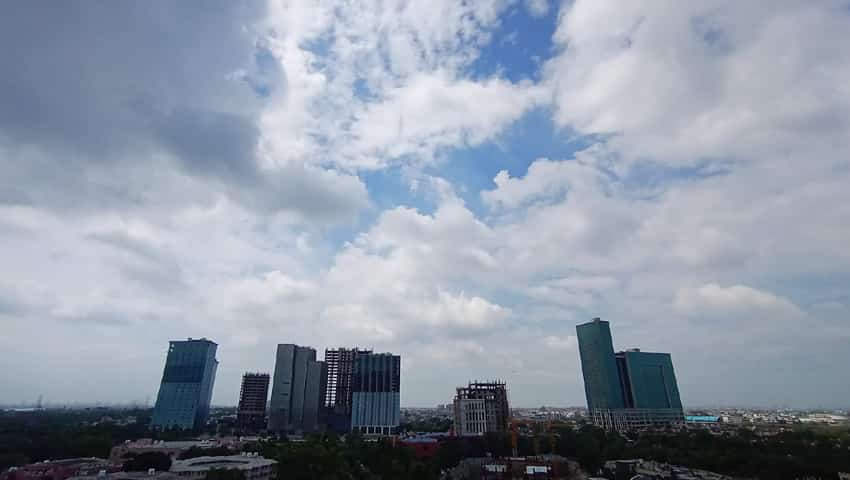 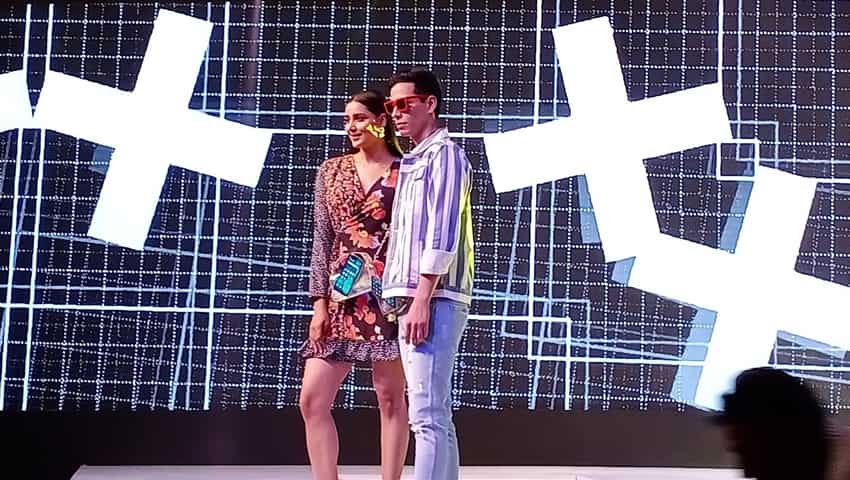 The real problem is at the back of the phone where you get a 16-megapixel primary camera with wide f/1.8 aperture, paired with an 8-megapixel ultra wide-angle camera and a 2-megapixel camera for depth. While we were able to get some good clicks with the rear camera too, it does lack consistency.
Certain images lacked sharpness and you can also feel a difference in colours. We really hope that the issue is fixed in future with software updates. On the positive side of things, the camera does excel in lowlight conditions.

Not for heavy gaming titles

Performance isn’t the biggest selling points of the vivo S1. The smartphone features a 6.38-inch display and uses a Super AMOLED panel with U-shaped notch. This, of course, offers you better colours and sharper details. The phone is near perfect for gaming and media consumption. The phone is powered by MediaTek Helio P65 which makes its debut in India with the vivo S1. This does come as surprise. Unlike the international model, the smartphone comes in three different storage variants in India that sport a dedicated microSD card slot to expand the storage up to 256GB. 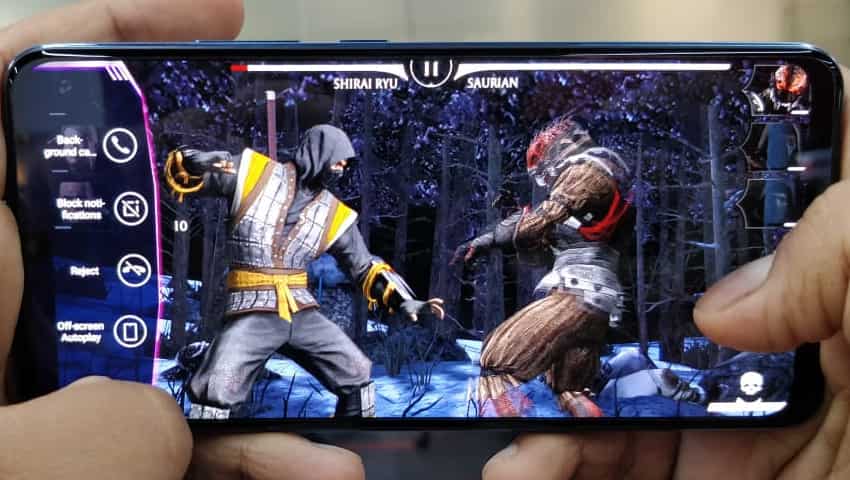 As we mentioned above, this isn’t a high performance phone so it would be unfair to expect a lag-free performance while playing high gaming titles like PUBG Mobile and Asphalt on high settings. But, you can certainly enjoy casual games without much trouble. There is also a dedicated gaming mode called Ultra Game mode in the phone which aims to offer an enhanced gaming experience by blocking notifications while playing games. 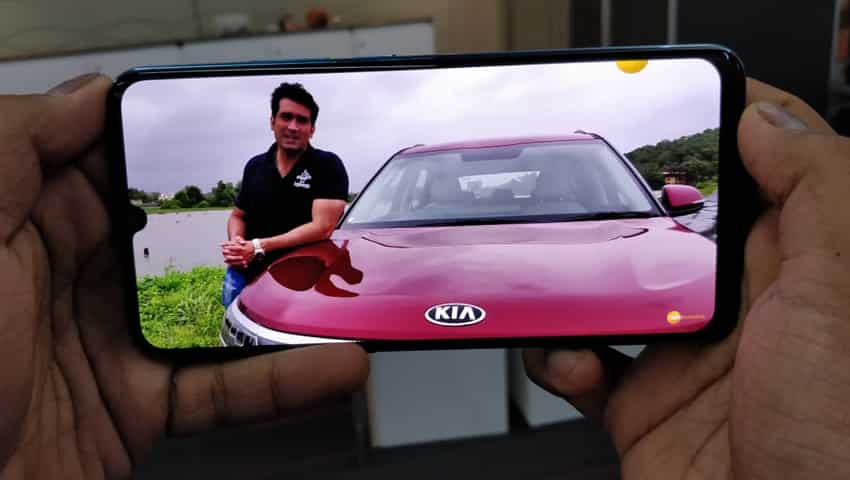 The phone does a decent job for other daily tasks like phone calls, text messages, WhatsApp and  video streaming. One of the positives of having a MediaTek Helio P65 processor is that doesn’t drain your battery. Anyway, you get a massive 4,500mAh battery on the vivo S1 which should keep you going for more than a day on a single charge.

Is it worth your money?

See, personally I know people that don’t demand a very high performance phone and are satisfied with a stylish device that can make their Instagram look better with high quality images. And, the vivo S1 has all the traits to suit that market segment. It looks good, feels good and clicks great pictures. The phone has been priced at Rs 17,990 for the base variant that comes with 4GB RAM+128GB storage, Rs 18,990 for 6GB RAM+64GB storage and Rs 19,990 for the top-end variant that comes with 6GB RAM + 128GB storage. 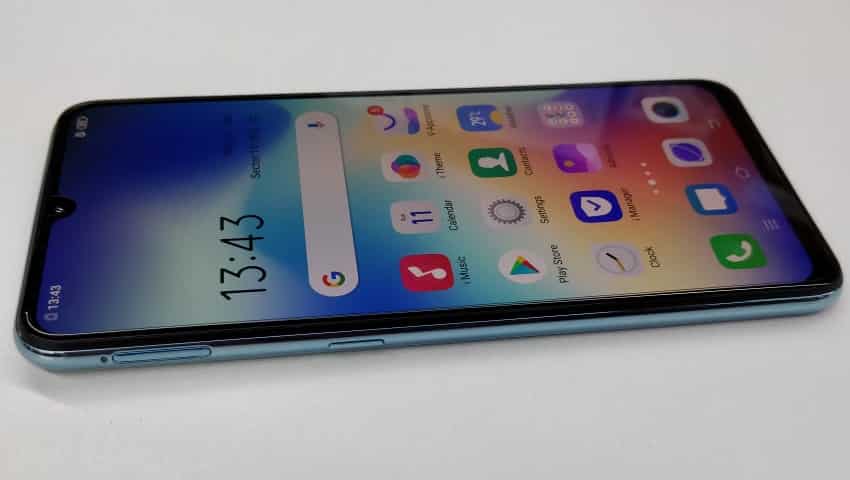 The challenge for the vivo S1 is that there are already a number of exciting smartphones at this price point. It not only competes against the recently launched devices like the Realme X, the Oppo K3 and the Huawei Y9 Prime 2019 but also takes on the existing phones like the Redmi Note 7 Pro, the Realme 3 Pro and the Honor 20i.

It isn’t a bad bet if you are looking to up your style quotient but if you are into heavy gaming, last month’s Z1Pro still remains to be a better option.