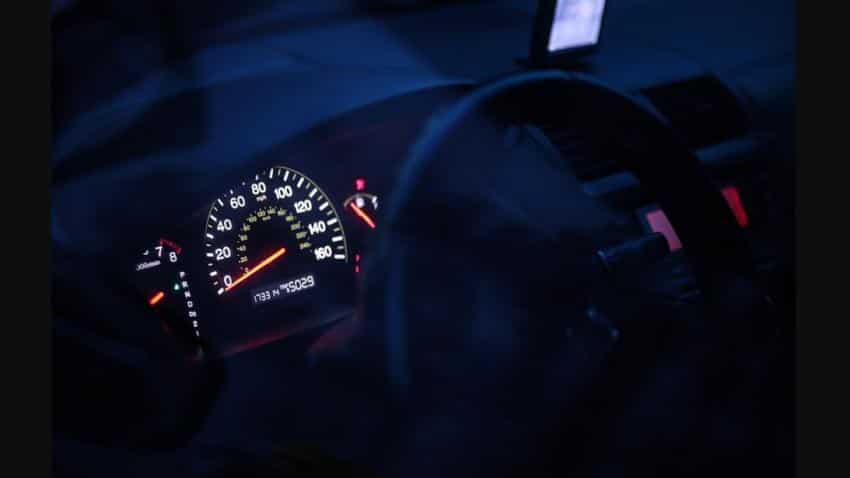 With presence in both mobile robots and drive assistive systems, the company has revenue of around $10 million at present. Representational image. Image Source: Pixabay
Written By: PTI
RELATED NEWS

Mid-summer, a group of IIT- graduates and their seniors were sweating it out in the outskirts of Gurugram, fiddling with their laptops to calibrate sensors as they prepare for yet another round of testing a fully driverless shuttle.

The campus of Hi-Tech Robotic Systemz Ltd offers very limited space for such testing but that has not stopped the company from developing Novus Drive autonomous shuttle that can ferry over six persons, which was showcased at the Auto Expo last year.

Gaurav Singh, an alumni of Carnegie Mellon University has spent close to three years on the project and for him seeing the shuttle drive on its own is a feeling that words cannot easily describe.

"This is about passion. To come up with such a product out here in India and not America, also shows what we can achieve with dedication and hard work," he said.

The company, founded in 2004 by Anuj Kapuria, who dropped out of his PhD programme at Carnegie Mellon University, has been working silently over the last decade to master driverless vehicles technology -- a domain where Google and Tesla are the front runners.

However, being an Indian company in an area where not many have ventured into, it has not been an easy journey for Hi-Tech Robotic Systemz to come up with a driverless shuttle and such technology for other vehicles.

"One of the most challenging parts is the awareness and trust among global customers about the technology coming from India for self-driving vehicles," Kapuria told PTI.

Yet, he said the company has been able to overcome the hurdle through intellectual property which it has generated over years both in the US, Europe along with India and other emerging countries.

When asked how confident is the company of competing with the likes of Google, Tesla and other global firms in the area of autonomous driving, he said: "We are competitive to the enabling tech if not better."

Elaborating further, he said: "When we compare with Google or Tesla, we still need to clock more self-driving miles to make our autopilot and fully autonomous algorithms more robust, which we are doing by collecting lot of data with our driver assistive systems."

Need for regulatory support: Kapuria said while companies in India like Hi-Tech Robotic Systemz can play their part in the global pursuit for perfection of autonomous driving technology, government also needs to play its role to support the industry.

"We still do not have the regulatory framework to enable testing of autonomous vehicles," he said.

Expressing similar views, Ritukar Vijay, head of Robotics - Tech and Strategy at the company said: "We have the technology ready but we need more trials on real time traffic, which at the moment we are unable to do."

So it has been an uphill task to collate data from other driver assistive systems that the company has developed and integrate to pure autonomous driving technology, he added.

Kapuria is banking on "the current forward looking government" so that India can be "very soon among very few countries in the world with regulatory frameworks and vision for adoption of autonomous vehicles, specifically in smart cities".

Also, driver assistive systems are something which can be mandated or users can be incentivised for reducing the number of accidents in the country, he added.

With presence in both mobile robots and drive assistive systems, the company has revenue of around USD 10 million at present. It has set an ambitious target of touching USD 350- 400 in the next five years.

"Our core tech is globally competitive and we already are in talks with few of the North American OEMs for enabling autonomous navigation for their vehicles," Kapuria said.

Reiterating that arrival of autonomous vehicles is inevitable in the coming times, he said "all the global players realise this multi-billion dollar opportunity, which will take the complete auto industry for an overhaul".

The company is preparing itself to cash in on the opportunities. It has already increased R&D headcount to 120 from around 50 three years back.

"We are living in exciting times. Being the early movers in developing the technology and intellectual property around underlying tech for autonomous and driver assistive systems, we are in a position to offer full spectrum of products ranging from Autonomy Level 0 till Level 5," Kapuria said.

The Gurugram-based firm is already working at various stages with all the major OEMs in India.

Kapuria, however, said the road towards autonomous driving would be incremental in nature.

It will start from driver assistive systems such as forward collision and lane departure warnings, autonomous emergency braking, traffic assist to autonomous vehicles that ranges from highway autopilots, constraint environment autonomy till fully autonomous vehicles. Patience is the key here.