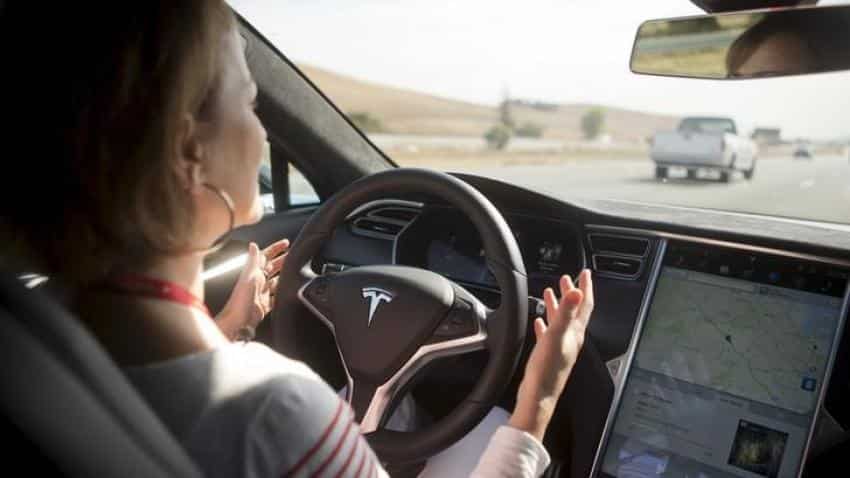 Automotive suppliers and automakers are expanding alliances to develop self-driving car technology that can serve multiple automakers, as the race to put such vehicles on the road separates companies that can go it alone from those that need help sharing the financial and technical burdens.

While some companies, such as Tesla Motors, General Motors and Ford Motor, are trying to develop proprietary driverless systems, a larger group of automakers appears to have decided it makes more sense to develop self-driving technology in collaboration with suppliers – as many other features such as anti-lock brakes or radar-enabled cruise control already are.
"What`s going on in the industry right now is like a hyper version of musical chairs - and the music is still playing," said Gill Pratt, chief executive officer of Toyota Research Institute. "Everyone is changing partners."

Several suppliers - notably Mobileye, Nvidia and Delphi Automotive - are among the more popular technology partners in the self-driving race, with multiple alliances around the globe.

"If you want to build a truly autonomous car, this is a task for more than one player," said Amnon Shashua, chief executive of Mobileye, an Israeli-based supplier of mapping and vision-based sensing systems.

"The technological challenges are immense," Shashua told Reuters. "I would compare it to sending a man to the moon."

Mobileye supplies cameras, chips and software for driver assist systems - the building blocks for self-driving cars - to more than two dozen manufacturers around the globe. The company was an early supplier of vision systems to Tesla, but the two companies had an acrimonious and public breakup last summer after the driver of a Tesla Model S was killed while operating his vehicle using Tesla`s Autopilot system.

Since the break with Tesla, Mobileye has secured two critical partnerships to develop self-driving systems: With German automaker BMW and U.S. chipmaker Intel, and with longtime supplier Delphi.

The Delphi-Mobileye alliance involves a turn-key system that the partners plan to offer to smaller automakers that lack the resources to develop such systems on their own. It will be ready for production by 2019, said Jeff Owens, Delphi`s chief technology officer, with a projected wholesale cost of about $8,000.

The alliance with BMW and Intel is expected to draw additional vehicle manufacturers and suppliers, according to Elmar Frickenstein, BMW`s senior vice president for automated driving.

"We would like to create a standard system for everybody to use by 2021," Frickenstein said. "That would share the costs and speed up the process of development and adoption."

Eventually, BMW and its partners could offer self-driving hardware and software sets or an entire driverless system on a non-exclusive basis to companies ranging from Uber to Google, Frickenstein said.

A blueprint for collaboration is BMW`s joint ownership with Daimler AG and Volkswagen AG`s Audi of Here, the mapping company acquired in late 2015 from Nokia. Since then, both Intel and Mobileye have teamed with Here to pool and share data.

Chipmaker Nvidia also is ramping up its partnerships in self-driving technology and systems, this week announcing deals with Audi and Here, as well as German suppliers ZF and Bosch.

"We`re not looking to develop a proprietary system," said Dirk Hoheisel, the member of Bosch`s board of management who oversees autonomous driving. "We want to work with others to develop a standard platform and open standards for self-driving systems, especially around data and mapping."

While pursuing similar partnerships with suppliers, Audi sees its role as a vehicle manufacturer evolving to that of systems integrator.

"There`s not one supplier out there who can provide the whole solution - no one who knows everything, every part of what`s needed to make an autonomous car," said Alejandro Vukotich, Audi`s head of development for driver assistance systems.

Some key components of self-driving systems - cybersecurity, for instance - should remain the responsibility of vehicle manufacturers, said Guillaume Devauchelle, head of innovation and scientific development at French supplier Valeo.

But carmakers also will continue to rely on suppliers to provide specific self-driving technologies, he said.

"There will be a mix because it`s quite a complex system (with) sensing, data fusion, artificial intelligence, connectivity, man-machine interface and so on," Devauchelle said. "Those are big blocks."