These smartphones can be expected in 2018

Smartphone makers like Apple, Samsung, Google and Sony are expected to introduce new phones this year. 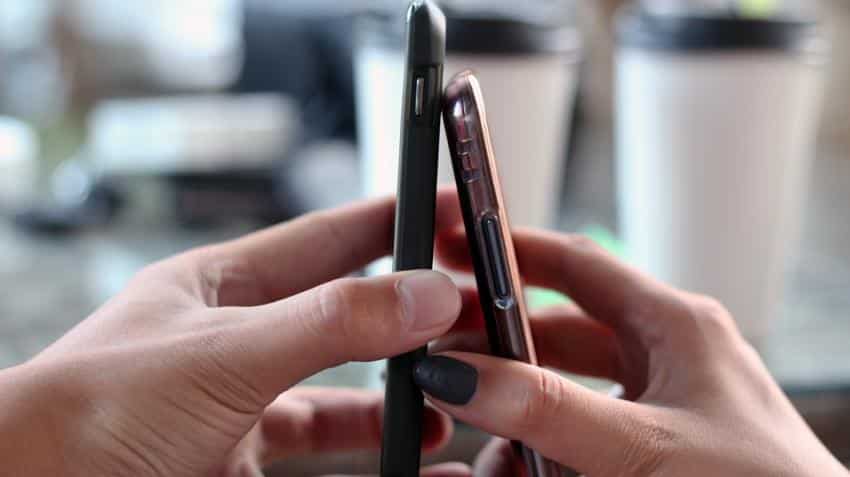 Looking at the list of launches in 2017, many would eye for a new smartphone in the new year.

Here's a list of smartphones which are expected to be introduced.

After successful launch of Nokia 6, Nokia 5, Nokia 3, Nokia 7, Nokia 8 and Nokia 2 Android-powered smartphones in 2017, the company is expected to launch Nokia 9 in the first half of 2018.

It is known that Nokia 9 will come with a 5.30-inch touchscreen display with a resolution of 1440 pixels by 2560 pixels. It will run on Android 7.1 and will be powered by quad-core Qualcomm Snapdragon 835 processor, according to a NDTV report.

Nokia 9 will have 4GB RAM along with 64GB internal storage and not expandable. In terms of camera, the phone is expected to have 22-megapixel primary camera on the rear and a 12-megapixel front shooter for selfies.

Battery power is rumored to come with 3800mAh non-removable.

OnePlus 6 will reportedly have fingerprint sensor below the display, and will be powered by the Snapdragon 845 platform.

The launch is stated to be sometime in the middle of March, and the phone will be available by the end of the month.

This phone is expected to be showcased at a Consumer Electronics show in January.

Samsung Galaxy S9 is rumored to be packed with a a 5.80-inch touchscreen display with a resolution of 1440 pixels by 2960 pixels at a PPI of 568 pixels per inch, according to a NDTV report.

Powered by octa-core Qualcomm Snapdragon 845 processor, the phone will run on Android 8.0 and will have 4GB of RAM.

Internal storage of 64 GB which can be expandable up to 256GB via micro SD, the phone will have 12-megapixel primary camera on the rear and a 8-megapixel front shooter for selfies.

The Apple's iPhone X has already emerged as second most searched topic on Google's trending 2017 list.

In 2017, the company launched iPhone 8, iPhone 8 Plus and iPhone X in September and November 2017, and now people are already looking ahead for another iPhone in 2018.

A Macworld report stated that they the successor to the iPhones 8 and X to be unveiled in September 2018.

Apple ditched the TouchID sensor in the iPhone X after they failed to embed it underneath the display, according to a IndiaToday.com report.

It is known that Apple may achieve this goal by embedding the Touch ID sensor underneath the 2018 iPhone X's display.

This would be South Korea-based Samsung's first foldable phone which is expected to be launched this year.

Earlier in September 2017,  Koh Dong-Jin, president of Samsung's mobile division, hinted that the company is planning to launch a phone with a foldable screen in 2018.

According to an India Today report, the Samsung Galaxy X is expected to come with a foldable OLED display - a revolution that could define the next decade of smartphones just like the iPhone did in 2007 with its multi-touch technology.

It being known that Sony may add another smartphone called as Sony Xperia XZ2 in 2018. The phone will come as successor of Sony Xperia XZ1.

This phone is expected to rival against the iPhone X, Galaxy Note 8 and LG V30+. It is expected to come with Snapdragon 835 or 845 processor, having 4 or 6GB of RAM along with 64 or 128GB of internal storage, mentioned in IndiaToday report.

The latest version of Galaxy A8 and Galaxy A8+ feature a dual front camera, a large infinity display and tunning ergonomic design that draws on the company's flagship design heritage and experience, said a statement from Samsung.