Just like most smart devices of the current generation, the A9G gets Google Assistant built-in along with built-in microphones that allow users to have hands-free TV viewing experience. Sony on Tuesday launched a new flagship television as part of its Master Series in India. The company has unveiled A9G 4K HDR OLED TV which will be available in the country in two different sizes - 139 cm (55 inch) and 164 cm (65 inch). The television comes with A9G 4K HDR Picture Processor X1 which controls over 8 million self-illuminating pixels. There is also a Pixel Contrast Booster which comes enhances the colours and contrast in bright areas. The company claims that the processor also scales up SD (Standard Definition) and HD (High Definition) content to near 4K picture quality.

Sunil Nayyar, Managing Director, Sony India said that with the latest launch, Sony wants to re-establish itself as a premium brand. He said that Sony's processors over the years have made the brand unique. He added that the latest series has been made truly smart by the company where the customers don't even need to use remote control. They can simply operate the TV through Google voice assistant.

The Sony A9G 4K HDR OLED TV price in India has been set at Rs 2,69,900 for 139 cm or 55-inch model while the 164 cm or 65-inch model would cost you Rs 3,69,000. The company is offering a new wall mount with the TV which comes at no extra cost. These newly launched models will be available across all Sony Centers, major electronic stores and e-commerce portals in India. 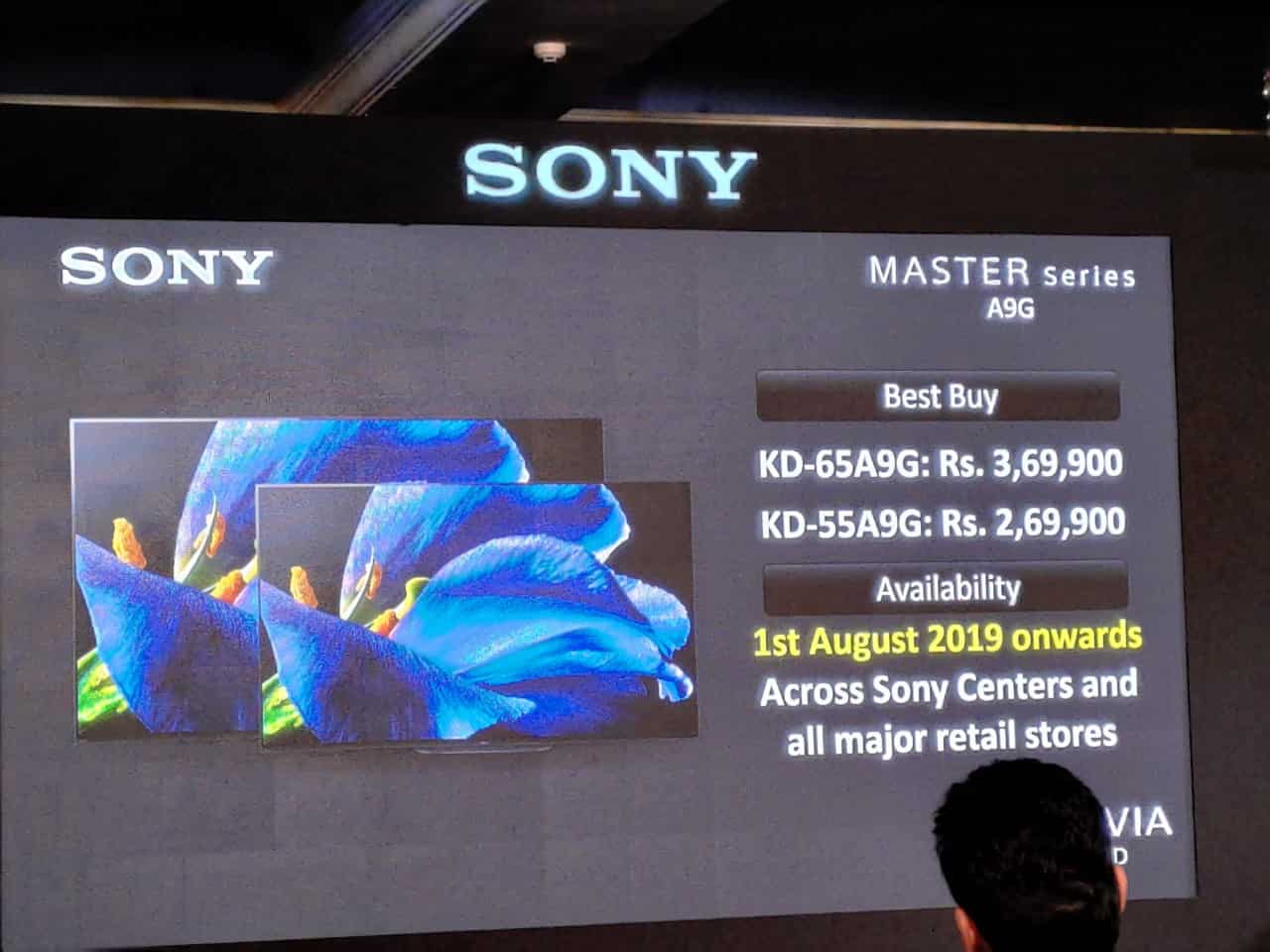 The A9G claims to offer cinema thrills with its Dolby Vision that brings scenes to life for authentic viewing. It also features Dolby Atmos which is known to fill the room with immersive surround sound. The television gets Acoustic Surface Audio+ with two actuators and two powerful subwoofers that deliver multi-dimensional sound. The Tv also claims to throw sound directly from the screen and not from a speaker at the bottom of the screen. In addition, there is a TV Centre Speaker Mode that provides choice to use the TV as the centre speaker when utilising a home theatre system. 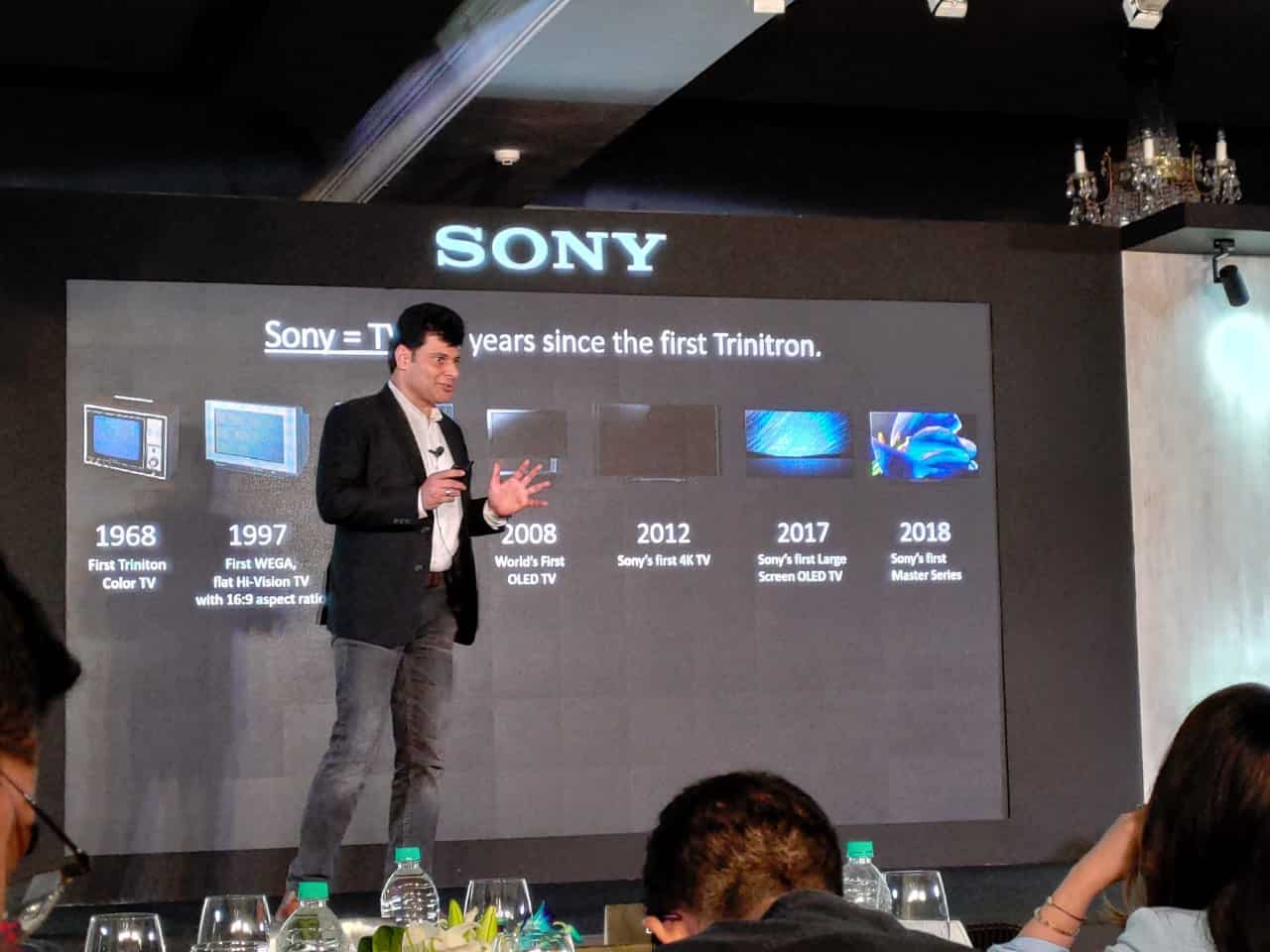 Just like most smart devices of the current generation, the A9G gets Google Assistant built-in along with built-in microphones that allow users to have hands-free TV viewing experience. The viewers just need to talk to the TV using the Google Assistant to find their content. The TV also works with smart speakers which allows users to control the TV and stream content. The Android TV supports a huge range of apps from Google Play, including YouTube, Netflix, Amazon Video, and more. 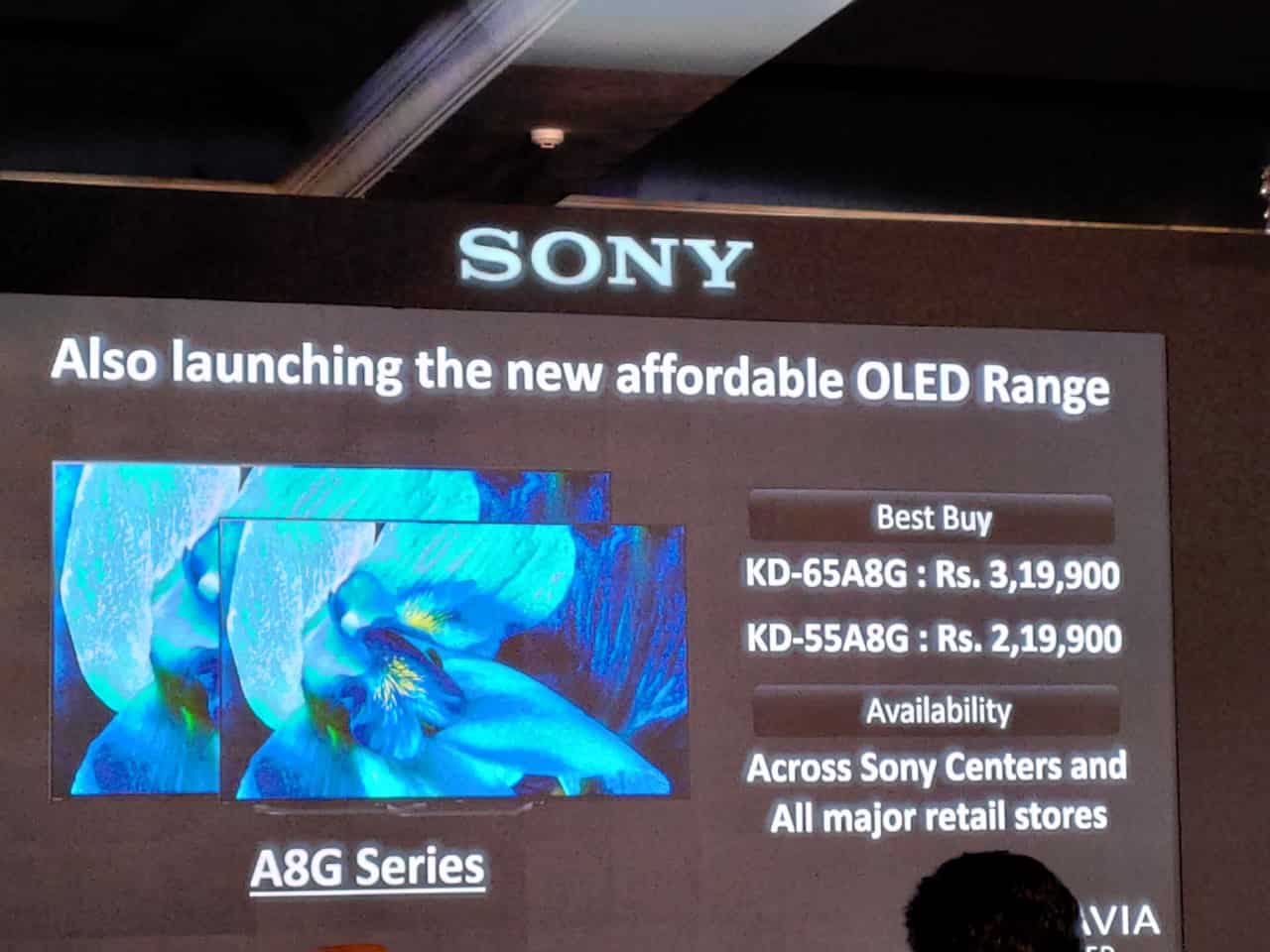 Sony has launched the A8G series which will be available in two sizes - 65 cm and 55 cm. The Sony A8G 4K HDR OLED TV price for 55-inch model in India has been set at Rs 2,19,900, while 65-inch model would cost you Rs 3,19,000. The series comes with 4K HDR Processor X1TM Extreme which offers technologies like: Object-based HDR remaster, Super Bit Mapping 4K HDR and Dual database processing. The TV also supports Acoustic Surface Audio and claims to deliver sound from the screen itself. The Android TV also come with Google Assistant built-in that ensures hassle free user experience.