Saregama Carvaan 2.0 review: An upgrade worth spending on! 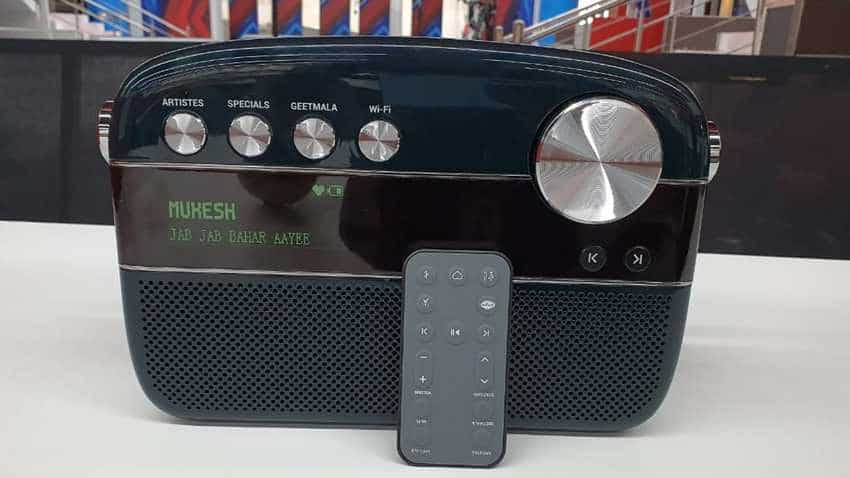 Carvaan 2.0 is priced more at Rs 7,990 as it claims to offer better features and performance.
Written By: Manas Tiwari
RELATED NEWS

Saregama Carvaan 2.0 review: If you ever wonder how a gadget can make a separate space for itself in an already congested market, you just need to look at the Saregama Carvaan. Classified as wireless speakers, the Carvaan devices have carved a unique place among music enthusiasts, even emerging as one of the best gifting options for the older generation. The Saregama Carvaan has become so popular in India that even when I had to buy something for my parents on their anniversary last year, it was the first (and, probably the only) name that came to mind.

The speaker, with a retro look, comes pre-loaded with 5,000 classic Hindi film and classical tracks that you can listen to anytime with the help of a few buttons. What makes the device more interesting is the fact that it can still be used as a Bluetooth speaker and even, a radio.

Inspired by the success of the device, the company has recently launched the Carvaan 2.0 in India - an upgrade on the already existing speaker that comes with more songs and internet connectivity. Of course, Carvaan 2.0 is priced more at Rs 7,990 as it claims to offer better features and performance. The new offering can use Wi-Fi to access over 150 Internet radio stations and podcasts. But, is it really worth the extra money you pay for it? Well, we got a Saregama Carvaan 2.0 got delivered a few weeks back, have been using it since then and, here's our review of the same. 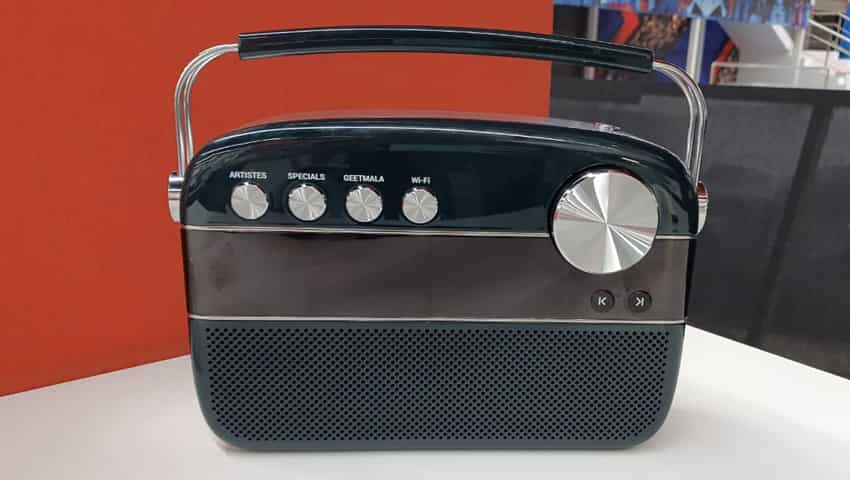 They say, "If it ain't broke, don't fix it." And, with Saregama Carvaan 2.0, the company has done exactly the same by not playing around with the design of the speaker. You get the similar radio-like device filled with nostalgia. In fact, it was Carvaan's design that helped it stand out from the competitors and you only get an additional 'WiFi' button on the new device. Undoubtedly, the biggest highlight of Carvaan 2.0, the WiFi connectivity allows users to play music by connecting the speaker to the internet, 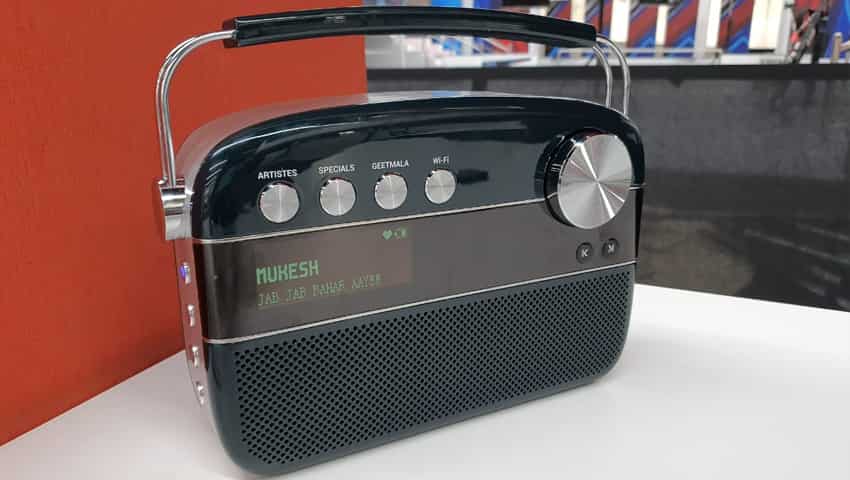 Carvaan 2.0 is available in two colour options - Classic Black and Emerald Green. We had the green colour unit for review which gives the speaker a premium look. This time, the company has also launched a special model of the device in Gold variant with Harman Kardon speakers. This special model is available in two colours - Champagne Gold and Rose Gold at Rs 15,990.

At the front, you get the iconic Carvaan dial that allows you to change selection along with four buttons - 'Artistes', 'Specials', 'Geetmala' and 'WiFi'. Under that, you get a small monochrome display that shows information like singer name, song name, battery life and others. The device allows you play music on your own using Bluetooth, USB, Aux as well as FM or AM radio. You can choose any of these options from the buttons given on the left panel. 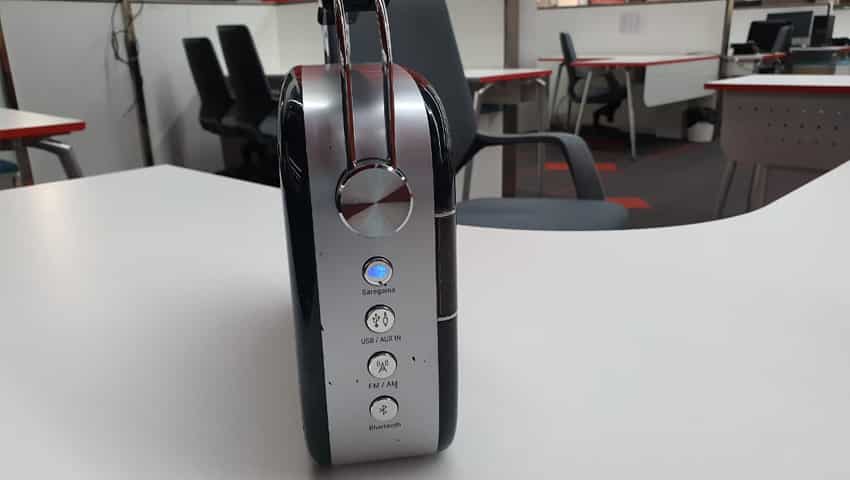 The port to connect Aux and USB cable are given at the back while the volume dial is on the right. The placing of all these buttons is similar to that of original Carvaan. You can also control the device with a remote that comes with all these buttons.

The company has tried to keep the Carvaan 2.0 as simple as possible and has absolutely nailed the effort. Even though Carvaan 2.0 seems identical to its predecessor, it is an improvement in terms of looks because of a unique colour combination and slight changes made in the overall design.

Just like the design, the performance of Carvaan 2.0 also remains similar to that of the first speaker. The good news here is that because of the WiFi functionality, you can access over 20,000 Hindi songs from over 150 stations that are updated regularly. Some of these stations include Bhagwad Geeta ka Saar, Sampoorna Sundarkand, Nani Maa ki Nuskhe, Musafir hoon Yaaron, Wordgram, Open Mike (poetry), Bachchon ki Kahaniyan, Bedime stories, Stock Market updates etc. The last one, of course, was the most exciting addition for us here at Zee Business Online. 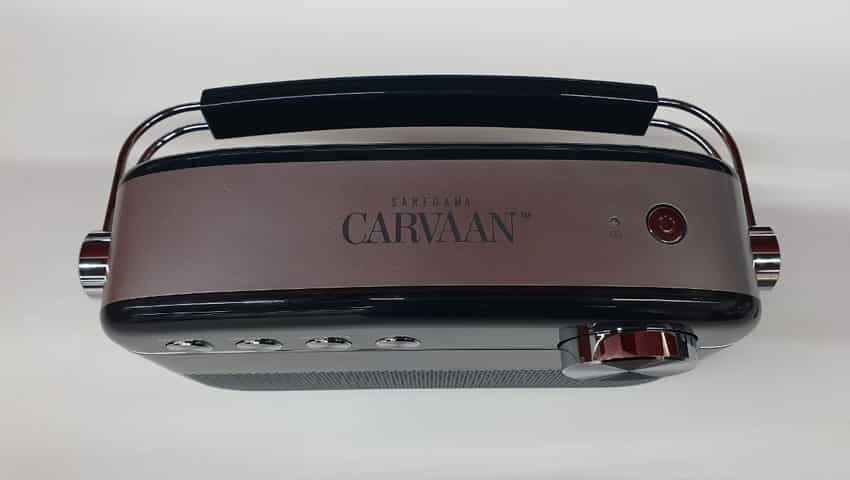 To operate the device is really simple. All you need to do is select an artist or radio station and let the music play. The speaker plays random songs from that artist or station but, you can control that by using the dial. If you have used a Carvaan device before, you would not that it doesn't have fastest of the navigation. But, the buttons are only there for your convenience. Ideally, you should let the device do its thing and enjoy. That's actually the fun part of using a Carvaan device as well.

Since most of the artists are of the previous generations, the offline playlist remains more or less same to what you get on the Carvaan. However, once you get the speaker connected to the internet, you can explore an entirely new world of music. We didn't have much trouble streaming songs and did not notice any difference in the sound quality either. 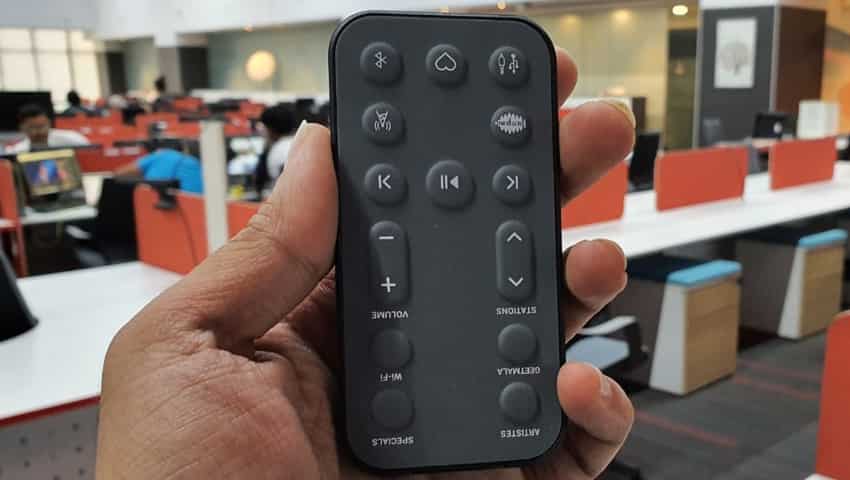 As the device is tuned to play older songs, it won't be fair to expect it to play peppy numbers with the same output as any other Bluetooth device in this price point would. So, you need to be practical while connecting the speak to Bluetooth or through the Aux cable. 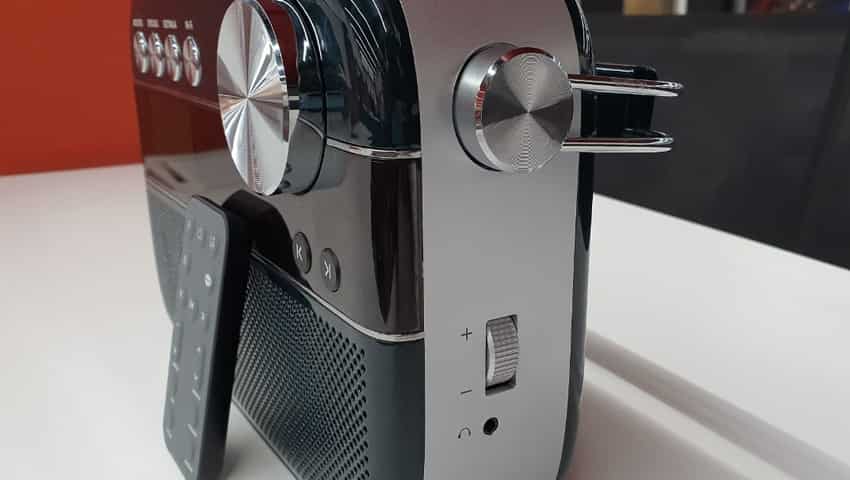 Also, you need to download the Saregama Carvaan app to set up the Wi-Fi connectivity. It is available for both Android as well as iOS devices and can also be used to browse through track lists and artistes. The overall audio output is again similar to what you get on the Carvaan.

The Saregama Carvaan 2.0 is very similar to its predecessor when it comes to overall design, feel of the device and audio output. The difference between the two is the ability to connect the new speaker with WiFi. And, the world we live in, it is a major upgrade and gives you enough to spend a few extra bucks. 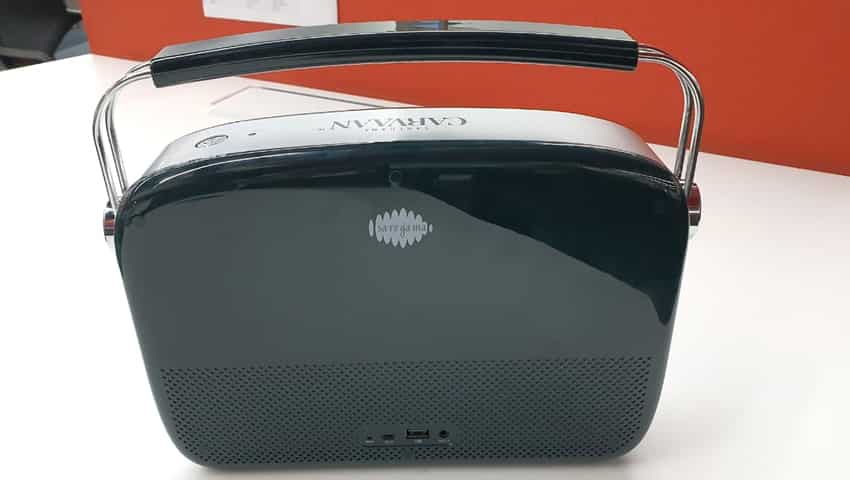 The company claims that it will increase the number of stations offered by the Carvaan 2.0 which makes the device more interesting. Also, as the playlists are update on a regular basis, your music on Carvaan 2.0 remains fresh. However, during our limited time spent with the device, we were yet to notice that.

While the retro look of the device is already a hit among buyers, the WiFi connectfartivity comes as a valuable add-on. With only a marginal increase in price, Saregama Carvaan 2.0 emerges as a great option for music lovers.