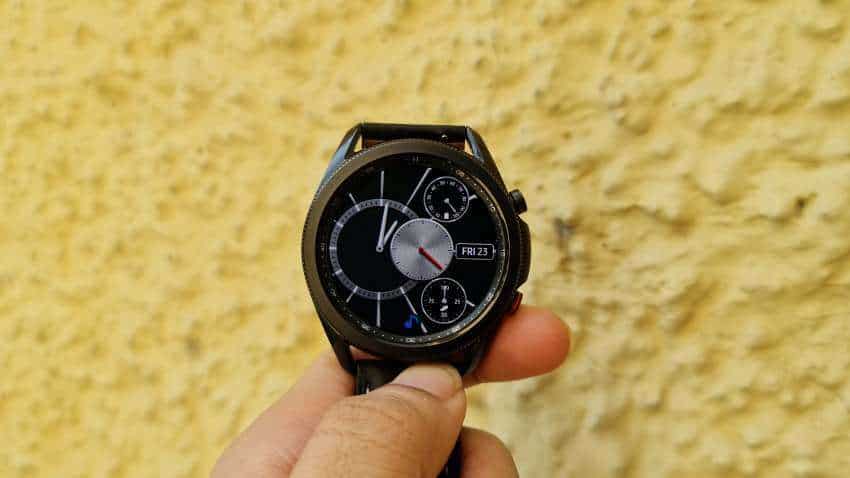 The Samsung Galaxy Watch 3 features a traditional-circular display with a rotating bezel around it.
Written By: Manas Tiwari
Edited By: Harish Dugh
RELATED NEWS

Samsung Galaxy Watch 3 review: Samsung has had a strong presence in the smart wearable category. Now, that Huawei isn’t launching too many products in India, it has clear window to dominate the segment in Android ecosystem. The newly launched Samsung Galaxy Watch 3 can play an important role in that. It has also been launched at a time when the South Korean electronics giant has taken a major leap in the smartphone category.

The Galaxy Watch 3 comes with several features like SpO2 and VO2 Max readings, fall detection, multiple watch faces, and more. To get all of these, you need to pay a premium. But, should you? Let’s find out in our Samsung Galaxy Watch 3 review. 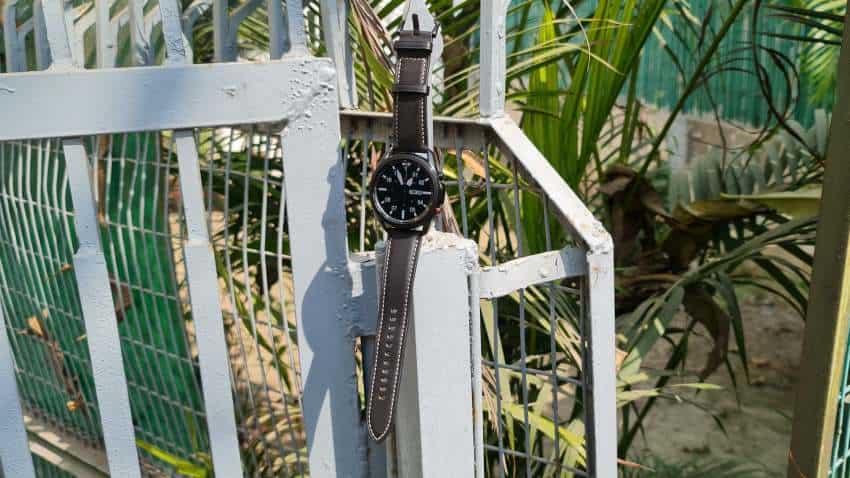 With few options in the segment, Galaxy Watch 3 competes only against Apple Watch SE and Apple Watch 6 - both more suited for iOS users.

The Samsung Galaxy Watch 3 features a traditional-circular display with a rotating bezel around it. I have always preferred the circular dials over the rectangle ones used by Apple and some others. But, then this is a personal choice and you might have your preference. The display size also depends on personal preference and wrist size. So, you can choose between 41mm and 45mm variants. On the right side of the watch, you get two physical buttons – the first to start or stop functions and second for returning to home screen. There is also a microphone on the same time. On the back side, you get an optical heart rate monitor and the charging sensor. 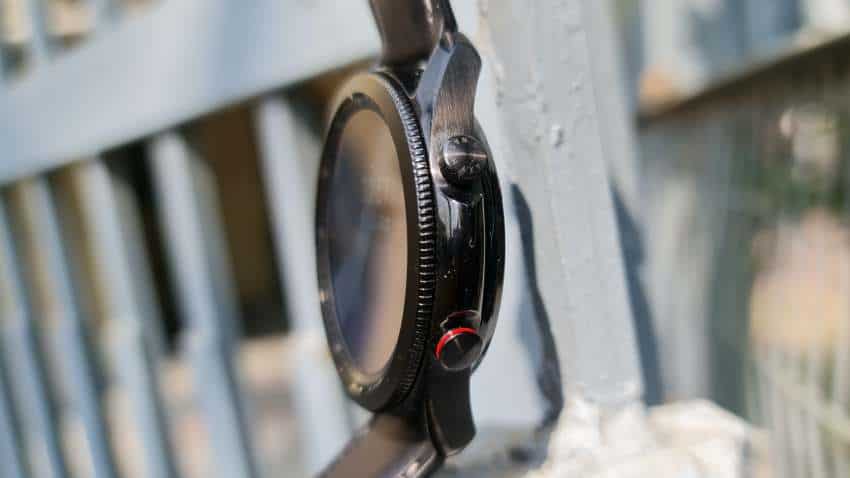 The biggest highlight of the watch is the rotating bezel which is cool and highly useful. It allows you to switch between different menus from the home screen and access apps, control music, check heart rate and more. If you have used a Samsung smartwatch in the past, using this bezel won’t be a challenge. Others might take a while to get used to it. The watch is water-resistant till 50m, which allows you to wear it while swimming, taking a shower or during work out sessions.

The new Samsung watch features a 1.4-inch 360 x 360 Super AMOLED screen which is quite bright for both indoor and outdoor use. There is also an Always-On Display Mode which allows you check some details without using the watch. The problem is drains battery life quickly. You will be served better by turning this mode off, given that the battery doesn’t last much otherwise. We will talk about it in detail later. 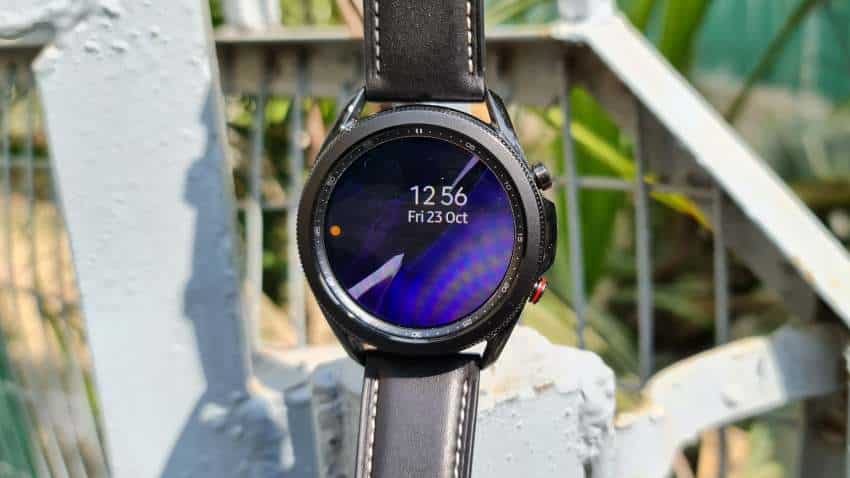 The screen size is apt for reading messages, emails and taking calls. The colours on the display are very vibrant and a number of watch faces only add to the charm. Samsung has ditched the usual silicone-based straps for a more durable leather strap. It can be replaced as per your fit and requirement.

The Samsung Galaxy Watch 3 comes with a plethora of features including the usual all-day heart rate tracking, on-board GPS, heart rate and sleep tracking. Above this, you also get fancy stuff like ability to track your VO2 max and 40 kinds of workouts, seven of which the watch detects automatically. These include running, walking, treadmill, circuit training, elliptical training, hiking, cycling and swimming. 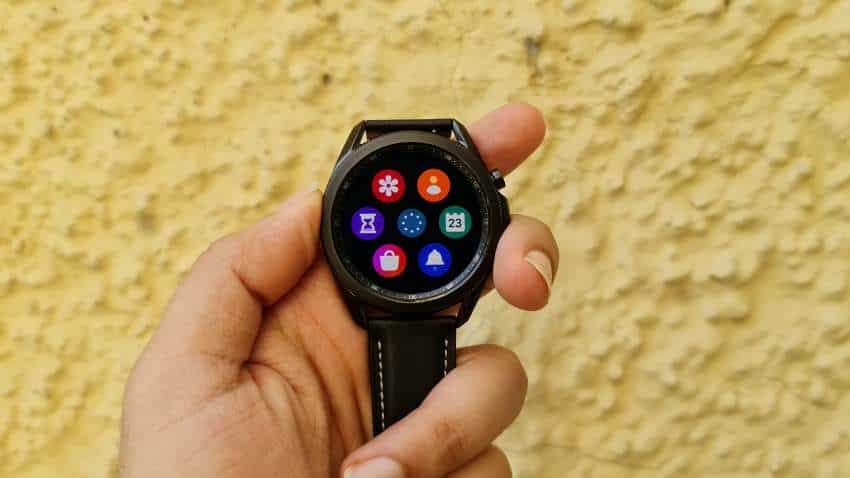 The watch is powered by Exynos 9110 dual-core processor with 1GB RAM, and 8GB of internal storage. It also has an accelerometer, a barometer, a gyroscope, an ambient light sensor and NFC. It runs on Samsung’s own TizenOS. The user interface is very neat, which makes it easy to use even for first time users. The navigation is very fluent as well. The touch and bezel both respond very well. 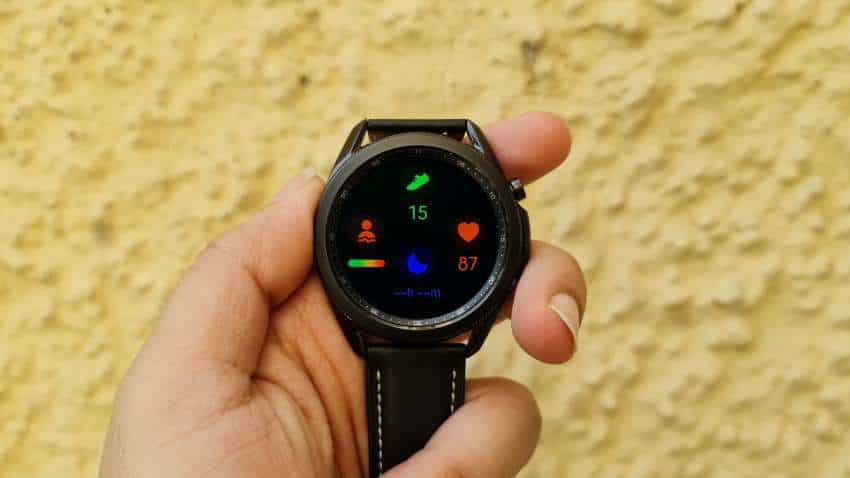 As far as data collection goes, the Galaxy Watch 3 does a great job. Most readings were accurate – be it step tracking, sleep monitoring or heart rate monitoring. There is also the new SpO2 sensor which helps measure the blood oxygen levels. There is also an electrocardiogram (ECG) which was introduced in South Korea but has failed to make its way to India.

All the health data collected by the watch is available in Samsung Health, and represented in a rather neat and clean manner. The app UI is also neat and self-explanatory. 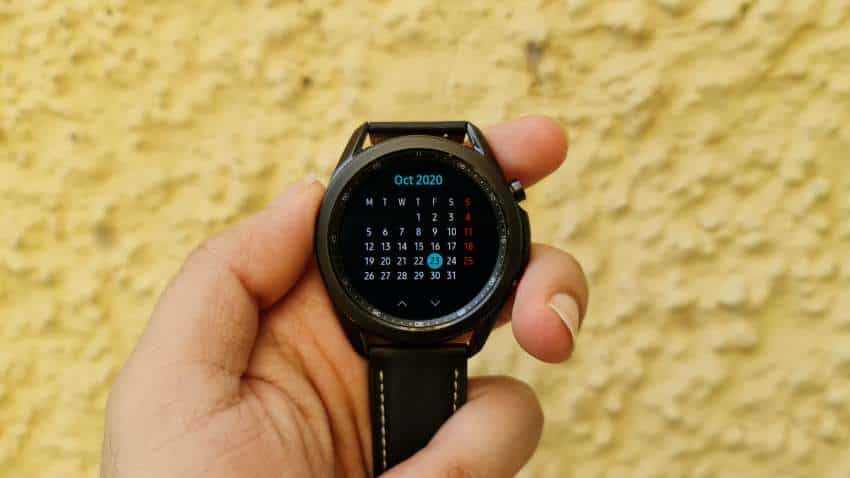 While most above-mentioned features can be found on watches that cost lot less than the watch 3, what you need to pay extra is for the 4G LTE connectivity. Last year, I used the Galaxy Watch LTE for close to two months and found the e-SIM feature very useful. And, that continues with the Galaxy Watch 3. It basically allows you to register an e-SIM and take calls or reply to messages from the watch itself. 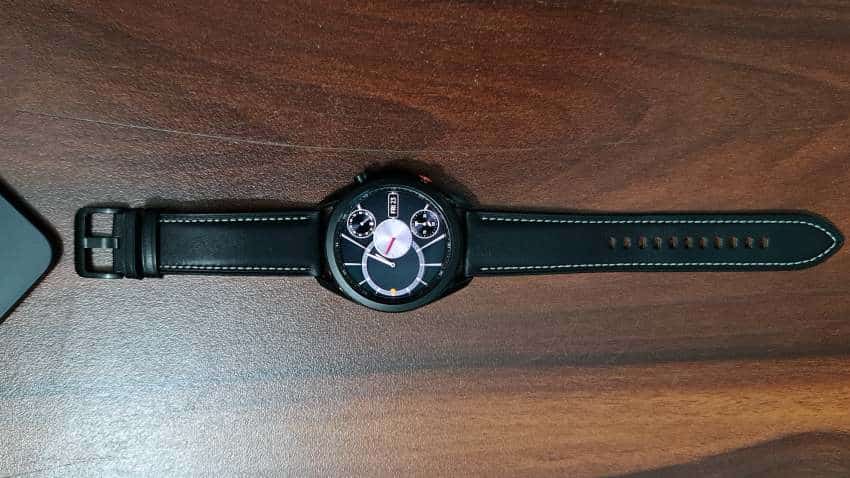 The only challenge is that the watch speaker is only good enough for quick conversations. Like – “Hello, yeah, I will do it, Okay, bye.” If the conversation lasts for more than this, you may find yourself in an awkward situation at a public place.

One big complaint I have with Samsung is the short battery life. The manufacturer claimed that the Galaxy Watch 3 can last for around two days. But, I failed to get more than 30 hours from it which means you practically have to put the watch on charge every single day, especially if you have started going out. This is an area where Samsung can make improvements going ahead. 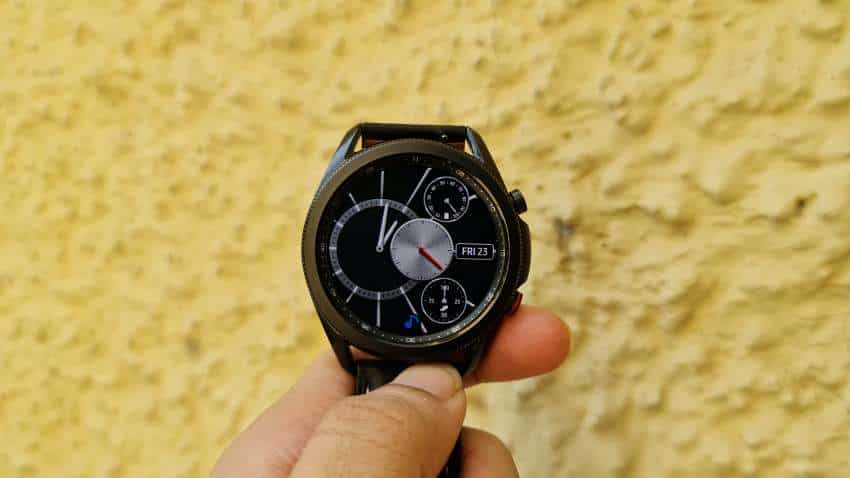 The Samsung Galaxy Watch 3 is everything a premium Android smartwatch should be. It looks stunning, features a high-quality display and offers a number of highly-useful features. The rotating bezel is charming to say the least, the readings on the watch are super accurate and build quality has also been improved from the previous generation.

Like some of the other premium products the question isn’t whether you should buy this watch or not. It is whether you can afford it or not! If the answer to latter is yes, then this is the smartwatch to spend your money on.