Samsung Galaxy Note 8 launched in India at a competitive price of Rs 67,900 and comes with the Bixby voice assistant that caters to Indian accents. 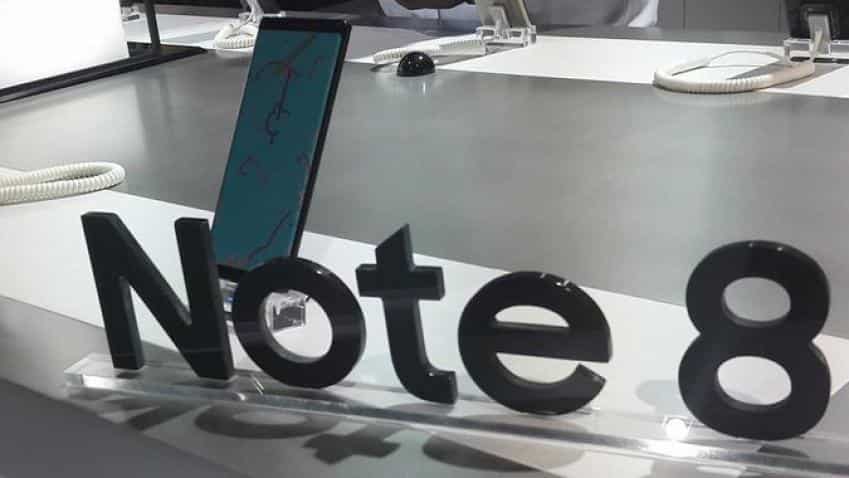 Samsung launched the Galaxy Note 8 in India priced at Rs 67,900. The company made the announcement on Tuesday at a launch event in Delhi. The Samsung Galaxy Note 8 will be available online on its Samsung store and on Amazon, while it will also be available on select outlets.

The company announced that those who had pre-booked the Samsung Galaxy Note 8 will get it by September 21 in India.

As part of the festive offer it also offered a cash back of Rs 4,000 for HDFC Credit Card users. It also announced a special Samsung Upgrade Program for previous Galaxy Note users which has certain discounts and special offers.

Samsung has also tied up with Reliance Jio for the Galaxy Note 8 and will offer up to 448GB of data free to customers.

Nearly 1.5 lakh people have registered on Amazon, with 72,000 pre-booking on the very first day, according to an IANS report.

Some of the specifications of the Samsung Galaxy Note 8 include the 'Bixby' voice assistant system and is water and dust resistant. It also has an iris scanner.

Similar to the Galaxy S8 and the Galaxy S8+, Note 8 also sports "Infinity Display" with an aspect ratio of 18.5:9.

This is Samsung's first smartphone to feature dual camera set-up at the rear with portrait mode and dual optical image stabilisation (OIS).

The 8MP front camera also comes with optical image stabilisation. The "S Pen" stylus with Galaxy Note 8 comes with a latency of less than 50 milliseconds.

The rear dual cameras both come with 12 megapixel sensors. One with a wide-angle lens and the other a telephoto lens with 2X optical zoom.

In terms of the battery, the Samsung Galaxy Note 8 comes with a fast-charging 3300mAh battery and can be charged via the USB-C port or wirelessly.