Samsung Galaxy Note 20 Ultra image has been accidentally leaked by the company. The flagship level smartphone is usually launched in the second half of the year and packs some top-of-the line features. 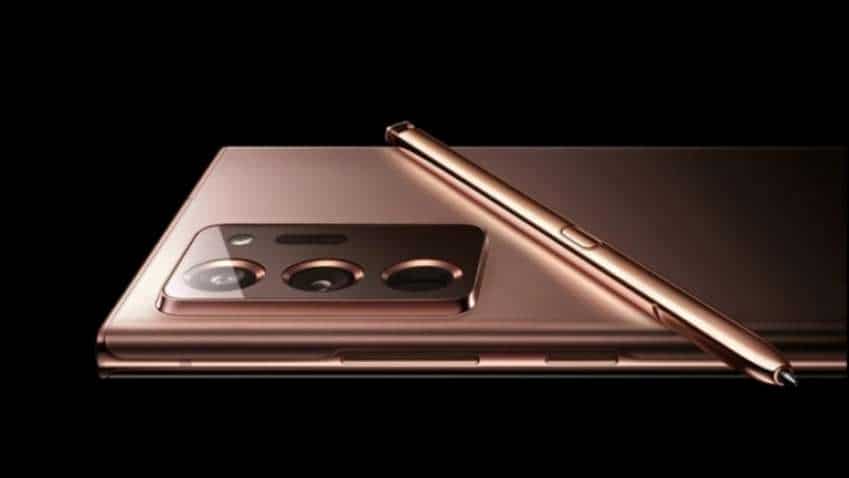 The smartphone is expected to be the most high-end Android smartphone, whenever it launches.
Written By: ZeeBiz WebTeam
Edited By: Harish Dugh
RELATED NEWS

Samsung Ukraine accidentally posted promo renders of the Galaxy Note 20 Ultra on its website recently under company’s existing Galaxy Note 8 product page. It is expected to be a mistake on company’s end but the images stayed on the portal for enough time to give an idea about the smartphone.

The posting was quickly pulled down but the images of the Galaxy Note 20 Ultra have gone viral on the internet since then. Going by these images, the smartphone looks absolutely stunning in mystic bronze, a colour that seems inspired from the metallic copper version of the Galaxy Note 9.

The design looks very similar to what we saw on this year’s Galaxy S20 line up. While the exact display size is not known, the smartphone is likely to pack a tall display which could be anywhere between 6.7-inch and 6.9-inch.

The back panel features a triple rear camera setup. The module has bronze accents which adds to the beauty of the phone.

The image also shows the Galaxy Note 20 Ultra S-Pen stylus which doesn’t look very different from the one paired with the existing Galaxy Note 10 devices. The exact features and pricing of the smartphone will be known when it is finally launched in the country.