The Samsung Galaxy Note 10 Lite price in India has been revealed ahead of smartphone's launch, scheduled for next week. A Flipkart listing had already confirmed that the new affordable premium smartphone from the South Korean electronics giant will be available for pre-booking from January 23. 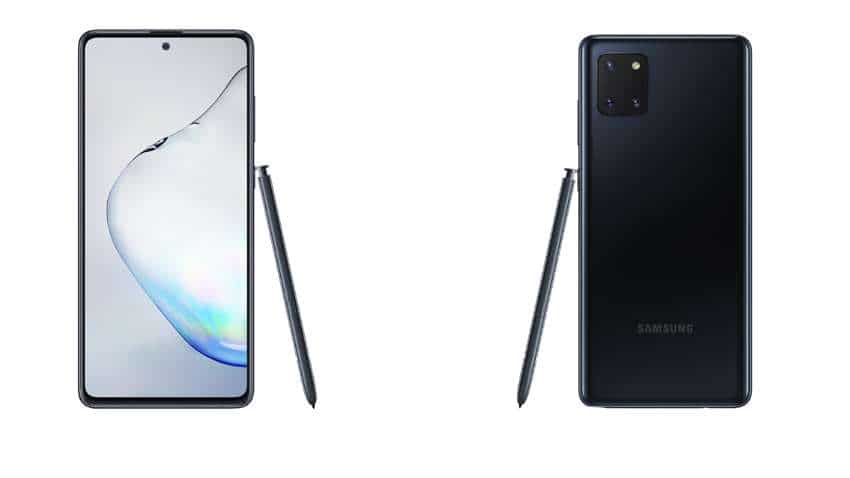 According to an IANS report, the smartphone will be launched in two RAM variants in the country - 6GB and 8GB, with the 6GB RAM model priced at Rs 39,990. The report further claims that the new smartphone will come in Aura Glow, Aura Black and Aura Red colours in India.

The Samsung Galaxy Note 10 Lite was announced alongside Galaxy S10 Lite earlier this month. Both the smartphones were on display at CES 2020 and bring several premium features at affordable price point.

The Galaxy Note 10 Lite will feature latest camera technology, S Pen, immersive display and a long-lasting battery. Its S Pen comes with Bluetooth Low-Energy (BLE) support and Air Command. The smartphone features a 6.70-inch touchscreen display with a resolution of 1080x2400 pixels. The device runs Android 10 and is powered by a 4500mAh non-removable battery.

Samsung Note 10 Lite on the rear packs a 12MP primary camera, a secondary 12MP camera and a third 12MP sensor. The device sports a 32MP camera on the front.

Both the smartphones are expected to give tough competition to OnePlus devices that are usually positioned at this price point.