South Korean giant Samsung has introduced another impressive smartphone in India – the Samsung Galaxy M40. Priced at Rs 19,990, the Galaxy M40 comes in a single variant – the 6 GB RAM and 128 GB storage – the latter expandable up to 512 GB via microSD card. Here is a quick look at it. 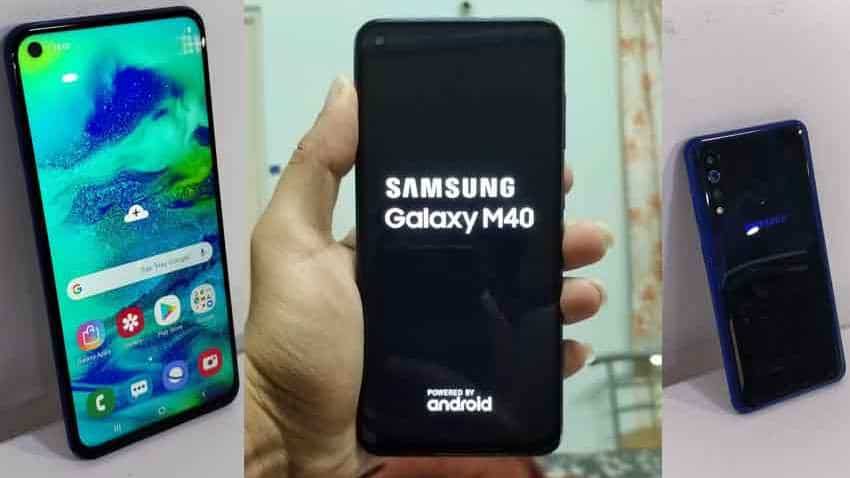 The Galaxy M40 sports a 6.3-inch full rectangle screen which is good for media consumption and gaming. Source - ZeeBiz.com.

We live in a world where aspirations decide our spending capabilities and smartphones, our lifestyle. They have become an essential part of our lives, reducing the work load on occasions, helping relax on others. While the sub-Rs 10,000 market is where most buyers are in India, they are willing to spend more and are gradually shifting to a higher price tag. And, that is why It is important to tap the next big segment – the sub Rs 20,000 category.

With this aim, South Korean giant Samsung has introduced another impressive smartphone in India – the Samsung Galaxy M40. Priced at Rs 19,990, the Galaxy M40 comes in a single variant – the 6 GB RAM and 128 GB storage – the latter expandable up to 512 GB via microSD card. We got our hands on the all new Samsung Galaxy M40, here is a quick look at it –

Samsung Galaxy M40: Out of the Box

The Galaxy M40 comes in a similar box used for its predecessors as well as the A series. Inside the box, you get the Galaxy M40 unit, the charging adapter, USB cable and the SIM card ejector. You also get a type C earphone in the box which itself is enough to suggest that Samsung has ditched the highly popular 3.5 mm jack.

The Galaxy M40 sports a 6.3-inch full rectangle screen which is good for media consumption and gaming. The company claims that it is the first smartphone in this segment to feature an Infinity-O display which further adds to the phone’s appearance. 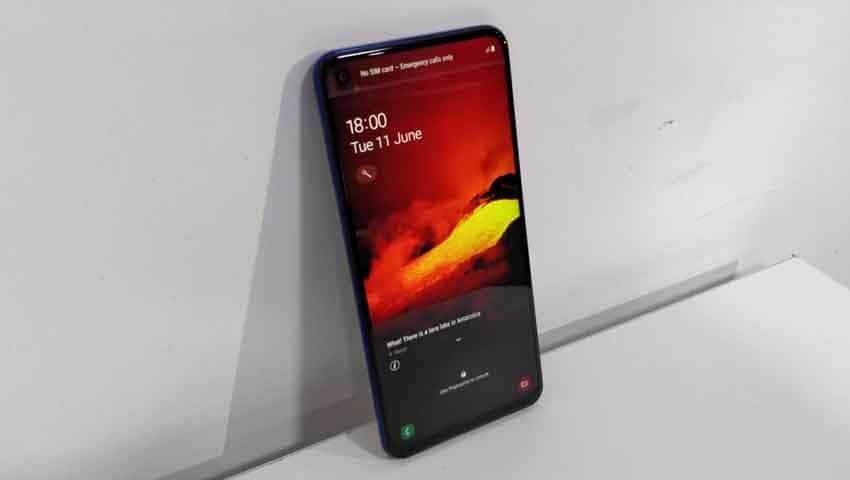 On the back, you have the fingerprint scanner along with the triple rear camera module, LED flash and Samsung text. The Galaxy M40 also sports a metal frame at the back and a 3D glass on the display. 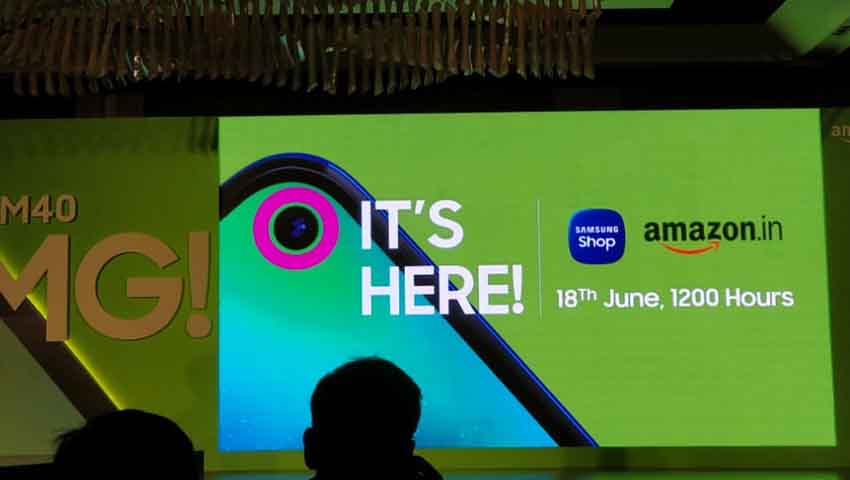 The Galaxy M40 comes with a 6.3-inch Super AMOLED display, which is highly impressive of a phone in this price tag. It is supported by a screen resolution of 1,080 x 2,340 pixels combined with a 409 pixel of density that promises an immersive visual experience. The phone is powered by a Qualcomm Snapdragon 675 chip and an octa-core (2GHz dual-core, Cortex A73 + 1.7GHz hexa-core, Cortex A53) processor. Another major highlight of the Galaxy M40 is that it runs Android Pie out of the box. 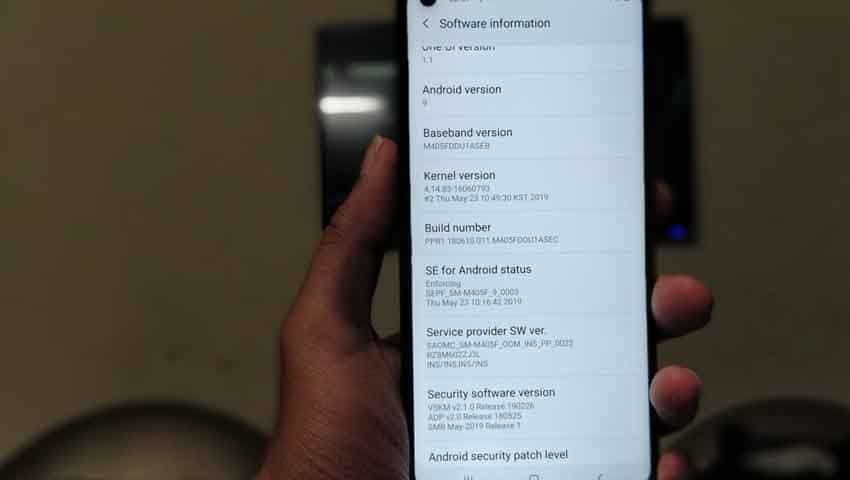 We tried playing a few games on the new Galaxy M40 and the processor held on well. Given that it has not been positioned as a gaming smartphone, the Galaxy M40 offers decent experience.

The 6GB RAM also helps your gaming as well as the multi tasking experience. Further, the smartphone comes with an internal memory of 128GB, which should be enough to take care of your apps as well as media. 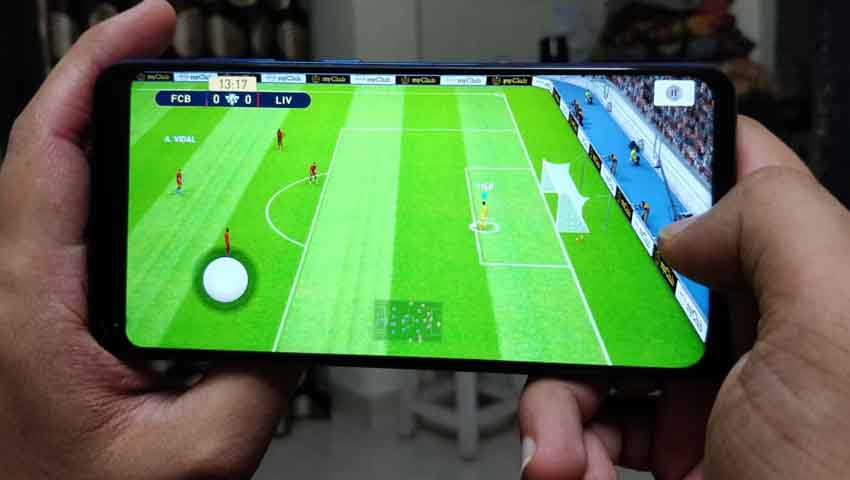 Coming to the most important part, the Galaxy M40 features a triple rear setup with 32MP + 8MP + 5MP lenses. The combination will help you click good pictures which could be further enhanced with a number of camera features, modes and filters available on the phone.

At the front, there is a 16MP lens, which promises very good selfie pictures and video calls.

The Galaxy M40 gets aLi-Po battery with a capacity of 3,500mAh. This is enough to keep the phone going for an entire day with medium usage. Also, the company has added fast charging to the device which shall make your life easier.

Overall, the Samsung Galaxy M40 looks like a decent mid-range smartphone that justifies its price tag and offers you some impressive features, otherwise found on phones priced higher than this.