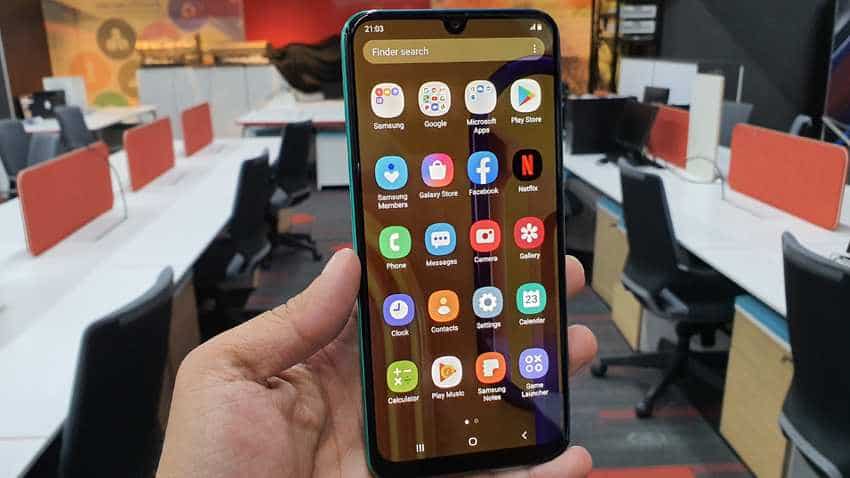 Samsung Galaxy M30s review: Earlier this week, I was having a conversation with a top executive from a multinational corporation and just like most discussions these days, that too turned towards smartphones. Out of curiosity, this gentleman asked me how do people usually buy smartphones? What do they first look at? Depends on person to person, I replied. "Mere ko toh bas battery chahiye," the man retorted, as he recalled buying the Samsung A9 Pro a few years back. The smartphone offered a 5,000 mAh battery which lasted for an entire day.

And, the official was surprised when I told him that the same company has recently launched a device that packs, even a better, 6,000 mAh battery. It was in that moment I realised that while can continue talking about heavy processors and improved cameras (both in terms of pixels and numbers), the battery remains to be an important feature for any user.

The smartphone I was referring to is the Samsung Galaxy M30s, the first device to pack a 6000 mAh battery in India, launched in the country about two weeks back. The smartphone comes as an upgrade on the Galaxy M30 and boosts South Korean electronic giant's already impressive portfolio of mid-range devices. The Galaxy M30s also gets the all-new Exynos 9611 chipset which was unveiled by the company a day before on the Galaxy A50s. How good is that new device and where does it stand against competition? Let's find out in our Samsung Galaxy M30s review:-

In terms of design, the Galaxy M30s is very similar to its predecessor. It comes with a similar plastic body and features a triple rear camera setup along with a fingerprint scanner at the back panel. The latter comes as a surprise as Samsung has used a 6.4-inch FHD+ (2340x1080) Super AMOLED Infinity-U display and could have opted for an in-display fingerprint scanner instead. 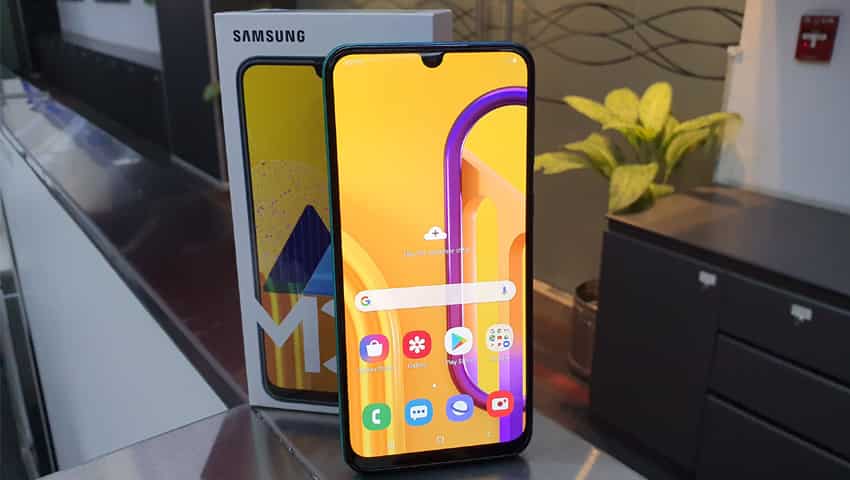 The Galaxy M30s weighs just 188 grams. This is commendable given that the only other smartphone to pack a 6,000 mAh battery in India (Asus ROG Phone 2) weighs 240 grams. The difference in weight between the two devices is also because of the hardware used but Samsung deserves the credit for keeping the phone extremely lightweight despite using a bigger battery. The smartphone comes with three colour options - Opal Black, Sapphire Blue and Pearl White. We had a Sapphire Blue unit for review and looks pretty decent.

For a change, Samsung has gone with more subtle colour options on the M30s than the flashy versions it had recently used on the Note 10 series, Galaxy A50s and Galaxy A10s. You get the Type-C port and a 3.5mm headphone jack at the bottom while triple card slot has a separate space for microSD card (up to 512GB).

The M30s uses the same 6.4-inch FHD+ (2340x1080) Super AMOLED Infinity-U display as the M30. Expect for a thick chin, the bezels have been kept at a minimum and the screen produces vibrant colours. The display is good enough for media consumption as well as for gaming. The smartphone also comes with Widevine L1 certification which means you can stream full HD content from platforms like Netflix and Prime Video.

Samsung Galaxy M30s is powered by 2.3GHz Exynos 9611 octa-core chipset which has also been used by the company on the Galaxy A50s. Samsung claims that this processor is designed to give you a better gaming performance and you can actually feel the difference. It excels during multitasking and daily usage. I didn't face any lags even while running heavy gaming titles like Shadowgun Legends and PUBG: Mobile. 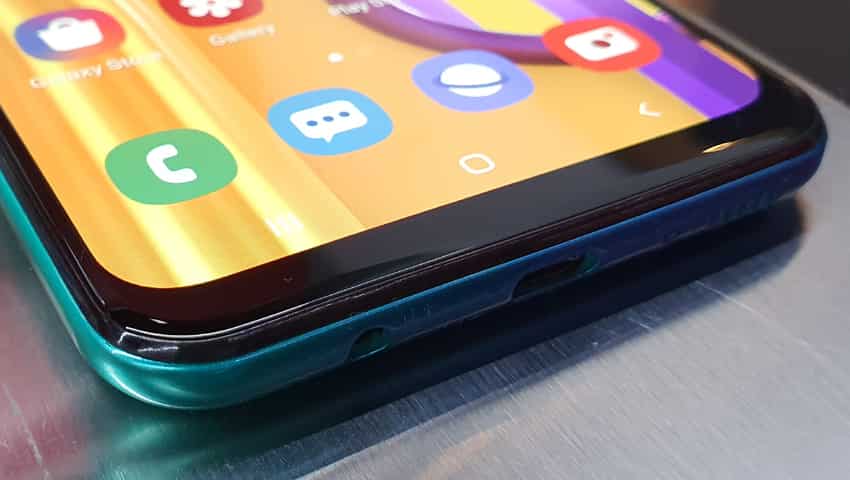 The smartphone ships with One UI based on Android 9 Pie and has several pre-installed apps like Snapchat, Helo, Netflix, Dailyhunt and Prime Video. In case you don't need any of these apps, you can remove them manually.

The biggest highlight of the Galaxy M30s is its massive 6,000 mAh battery which simply refuses to die. It costs about Rs 24,000 less than Asus ROG Phone 2, the only other smartphone that packs a similar battery. Samsung claims that the battery could last for at least two days and you can expect at least 36 hours of battery life even with medium usage. 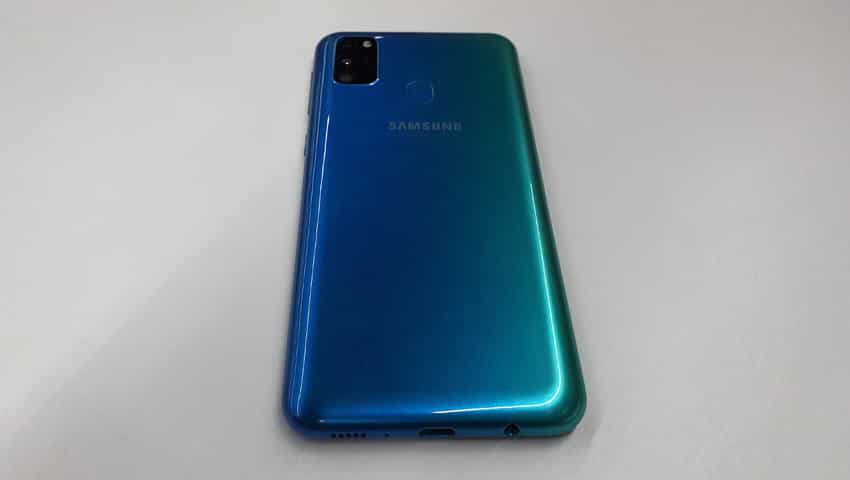 If the smartphone is on standby, you can expect even more than two days of battery life. The only issue here is that the M30s ships with a 15W fast charger in the box which takes longer than desired to juice up the device. But, even if you leave for work with 50 per cent battery, expect it to take last for the entire day.

Samsung has finally entered the camera game with its recent launches by offering 48MP triple camera setup on both Galaxy A50s and M30s. The latter offers a 48-megapixel main sensor with 8-megapixel wide-angle lens and a 5-megapixel depth sensor. The camera app allows you to do several things with modes like Photo, Live Focus, Video, Super Slow-mo, Pro, Panorama, Night and Food.

The camera does really well in daylight and captures good quality images. As always, Samsung's wide-angle lens does its job really well. You can take high-quality portrait shots by using the Live Focus Mode. There is a dedicated Night Mode to offer better images in low-light conditions. 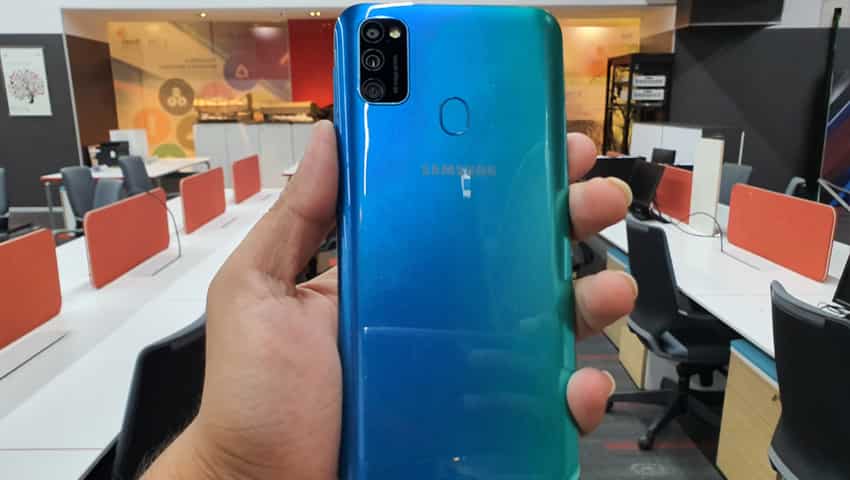 Despite that, you can see noise in low light shots.

On the front, the Galaxy M30s sports a 16MP selfie camera which again, takes top-quality images in bright light. However, the images are at times soften by the AI beautification mode. This is a problem with most front cameras these days and can be dealt with by turning the mode off.

Priced at Rs 13,999 for the 4GB RAM and 64GB storage variant, ṭhe smartphone competes in a segment that has been flooded with options by smartphone makers this year. The top-end model that comes with 6GB RAM and 128GB storage variant has been priced at Rs 16,999. While you might find features like Super AMOLED display and 48MP triple rear camera on several other smartphones at this price point, what differentiates the M30s from others is its 6,000 mAh battery.

If you are one of those who don't like to use a portable charger or frequently forget to charge your device, then this smartphone is no less than a gift. But, if you prefer more compact devices than the segment offers several other options like Realme 5, Vivo Z1x and Redmi Note 7 Pro as well.