Samsung Galaxy Fold FIRST LOOK: Future of smartphones is here, and it is expensive!

Samsung Galaxy Fold FIRST LOOK: The future of smartphones is here, at least that's what most people feel as Samsung unveiled the first-ever foldable smartphone in India on October 1, priced at Rs 1,64,999 (Rs 1.65 lakhs). Here is a quick first look of the first foldable smartphone and what it brings to the table. 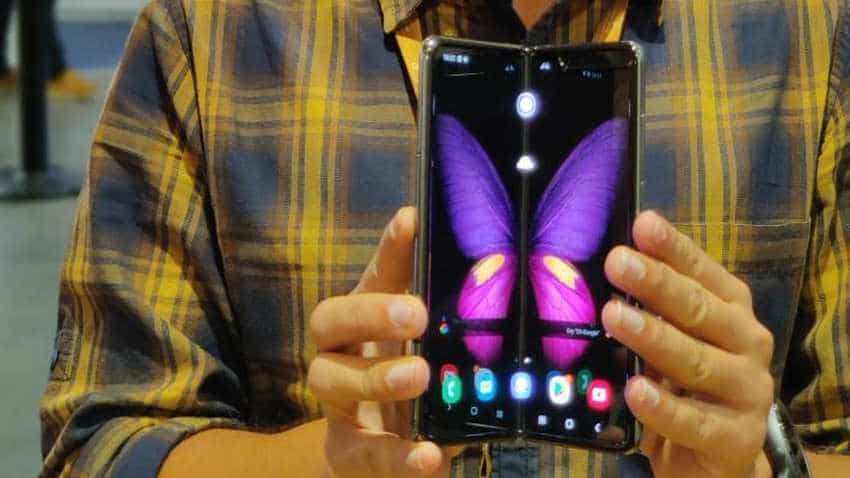 The Samsung Galaxy Fold price puts it in a territory where no other smartphone brand, including Apple, has dared to enter.
Written By: Manas Tiwari
Edited By: Prashant Singh
RELATED NEWS

Samsung Galaxy Fold FIRST LOOK: The future of smartphones is here, at least that's what most people feel as Samsung unveiled the first-ever foldable smartphone in India on October 1, priced at Rs 1,64,999 (Rs 1.65 lakhs). Originally unveiled during an event in February, the smartphone was set to be launched in the United States in April but was delayed after issues were detected in the early samples. After addressing the issue, Samsung has finally brought the smartphone to several markets, including India. The pre-orders of the same start on October 4 and the device will start selling on October 20.

It is impressive to see how far technology has come and the way it is evolving. Samsung, among other smartphone manufacturers, is consistently pushing the limits to bring new innovations that might influence buying decisions in time to come. The Samsung Galaxy Fold is a major step in that direction and will soon be followed by another foldable smartphone - Huawei Mate X. The question, however, remains how much are you ready to pay to hold the future in your hands?

The Samsung Galaxy Fold price puts it in a territory where no other smartphone brand, including Apple, has dared to enter. There is no doubt that the smartphone stands out because of its unique design and form factor but the fact that it was launched at a relatively quiet event without much buzz, suggests that even Samsung is nervous about the smartphone. On the other side, the fact that the South Korean tech giant still went ahead with the launch hints that it believes in the Galaxy Fold and the concept of foldable smartphones. 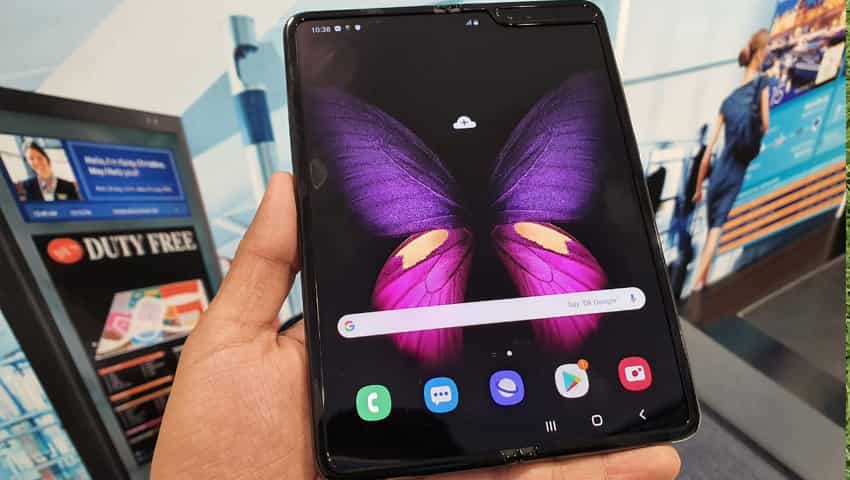 I got my hands on the Samsung Galaxy Fold during its India launch and spent some time with it. Even though it isn't enough to give a final verdict on the device, here is a quick first look of the first foldable smartphone and what it brings to the table.

The Samsung Galaxy Fold features two screens - a primary 7.3-inch Infinity Flex Display and a secondary 4.6-inch HD+ Super AMOLED display. To break it down for you, the Galaxy Fold is essentially a 4.6-inch smartphone that can be unfolded like a book to transform into a 7.3-inch smartphone for a tablet-like experience. Despite fitting two screens on the same smartphone, Samsung has managed to keep the device quite sleek but at 276 grams, it is definitely heavier than what you may desire for. 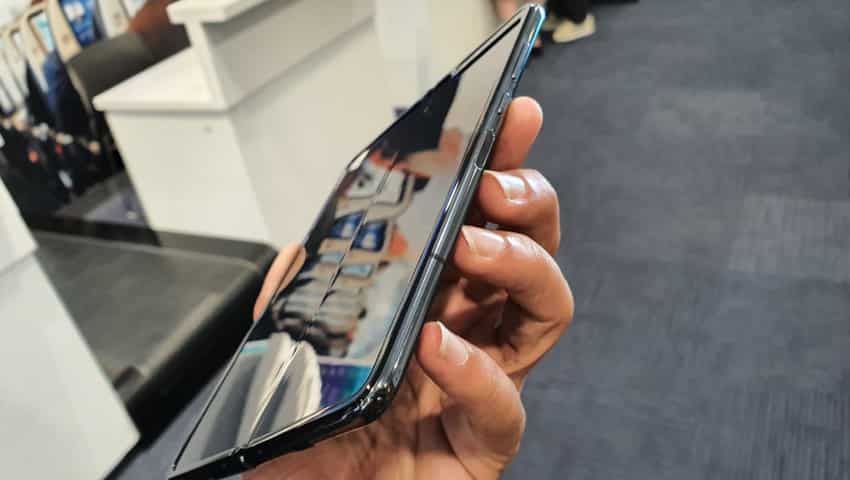 The build quality of the smartphone is quite good and it does look premium. Just like Samsung's 'S' and 'Note' series, you know that there is something expensive in your hands. The good thing is that even though there are two screens, the crease is not visible once the phone is opened. So, you do have an uninterrupted viewing and gaming experience. It will be interesting to see if it remains the same after longer usage.

The Galaxy Fold sports as many as six cameras - Galaxy S10-like triple camera setup at the back, one camera above the tiny display for videos and selfies and two front-facing cameras on the bigger screen. The smartphone is slightly thick from the sides and features a speaker at the bottom. 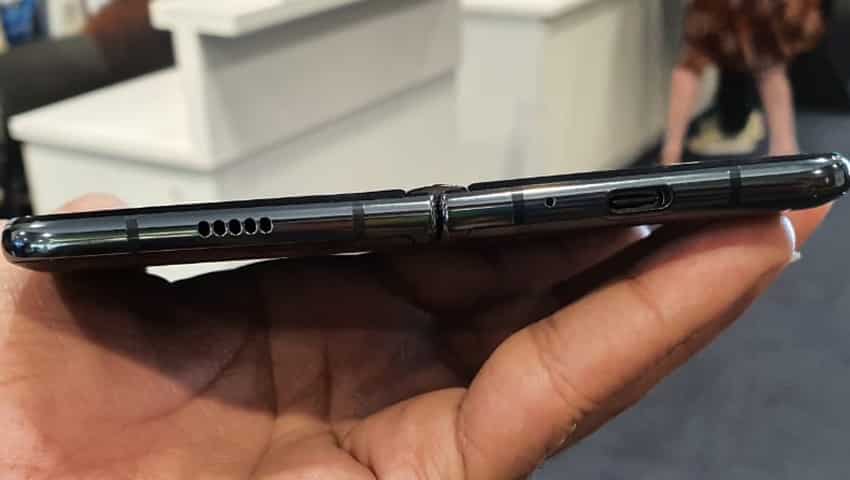 The problem with the Galaxy Fold is that it is delicate - to the extent that you are almost scared to operate it. What makes things worse is that the foldable display requires a little pressure to close and open. During the limited time I spent with the device, I had at least three to four mini heart-attacks thinking that I might end up damaging it.

The other issue, which is more annoying, is with the back panel which acts like a crazy fingerprint smudge magnet. If you are using the phone without a case, you can't help but clean it in every ten minutes. Having said that, the Galaxy Fold is a brave attempt by Samsung and a genuine innovation that should get better with time.

Samsung will ship the Galaxy Fold with its latest 7nm octa-core Exynos 9825 processor in India. It will be coupled with 12GB RAM and 512GB UFS 3.0 internal storage. I opened a few apps, switched between them and played a few videos on YouTube. There was no issue at all there. I would have liked to run a few games to test the performance further but the time didn't allow. The company has smartly packed two different batteries in the Galaxy Fold - one for each display - offering a combined 4,380mAh battery capacity. Notably, if one of the batteries run out of power, the other battery automatically powers the second screen. It comes with USB Type-C fast charging as well as wireless charging. 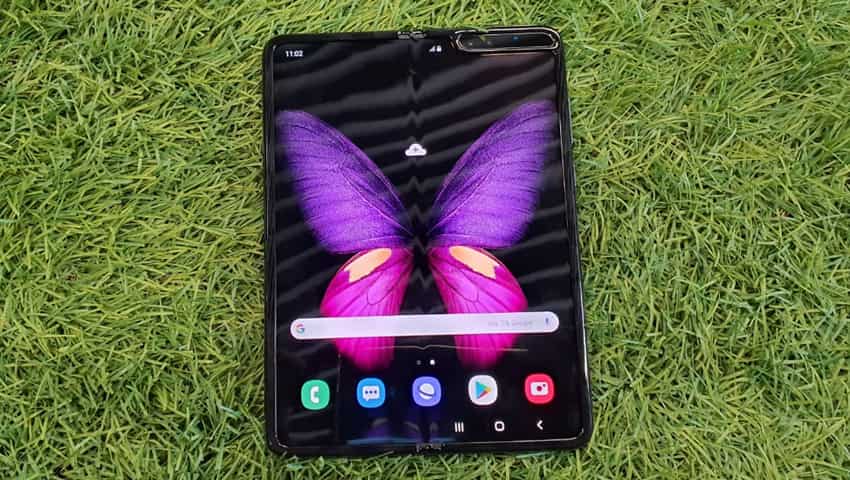 Honestly, it is really difficult to give verdict on a device after spending just few minutes with it. You don't even get time to go into the technicalities and test certain features. Samsung strongly believes that foldable smartphones are the future and has spent months to come up with the best possible device. Even then, it is far from being perfect. The smartphone is delicate and might face issues with not handled with care.

However, it does give you an insight into how the future might feel like. Also, I must admit that the Galaxy Fold is a cool smartphone and this would be enough for many to make the purchase. But, it is not made for everyone and is far from affordable. Hopefully, we will soon get the Galaxy Fold and will give you the full review.