Samsung Galaxy A71 review: Initially priced at Rs 29,999, the smartphone is now selling at Rs 32,999 and is positioned in the affordable premium segment, competing against the likes of Vivo V19, Redmi K20 Pro and also, OnePlus 7T – which recently received a price cut. I used the Samsung Galaxy A71 for a few days, here is our full review of the same. 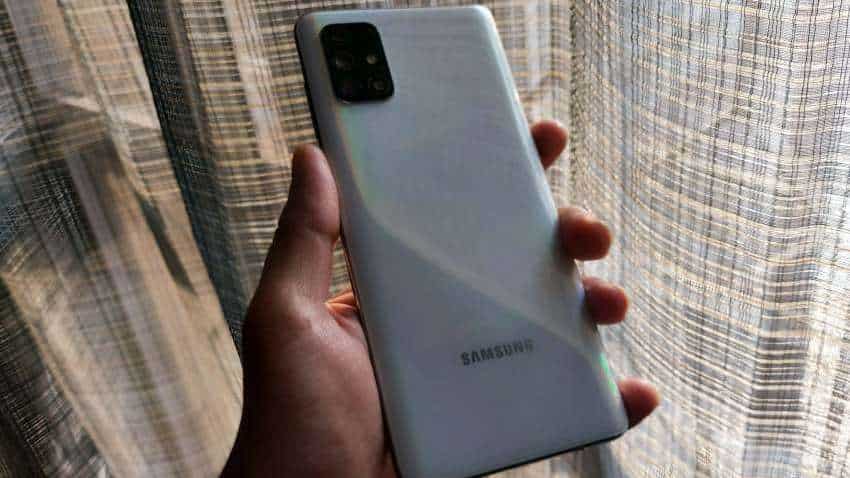 We had the Silver colour variant for review purposes which looks quite good and comes with a ‘glasstic’ finish.
Written By: Manas Tiwari
Edited By: Harish Dugh
RELATED NEWS

Samsung Galaxy A71 review: The first two months of 2020 were unbelievably busy for Samsung and it seems only a lockdown could have stopped the South Korean electronics giant's juggernaut-like momentum, which was dropping smartphones at a rapid pace. The Galaxy S20 series and the Z Flip stole the limelight because of their extraordinary capabilities and dazzling form factors but the company also managed to slip in a few value for money budget smartphones as part of its ‘A’ and ‘M’ series.

One of those – the Samsung Galaxy A71 was launched just before the nation-wide lockdown was imposed. Initially priced at Rs 29,999, the smartphone is now selling at Rs 32,999 and is positioned in the affordable premium segment, competing against the likes of Vivo V19, Redmi K20 Pro and also, OnePlus 7T – which recently received a price cut.

I used the Samsung Galaxy A71 for a few days, here is our full review of the same.

If there is one thing I will remember the first quarter of 2020 for, apart from being stuck at home due to lockdown, is how beautiful Samsung’s mid-range smartphones really are. The Galaxy A51 certainly looked way more gorgeous than its price suggested and the same could be said for the Galaxy A71. It has been built to look pricier than it is and manages to do just that.

In fact, if I place the Galaxy A71 alongside this year’s Galaxy S10 Lite, the former definitely looks like a better designed phone – even though the latter is significantly costlier. The smartphone comes in three colour options - Black, Blue and Silver – with a Prism Crush design. What’s that? Well, you basically see prism gradient on the rear panel. 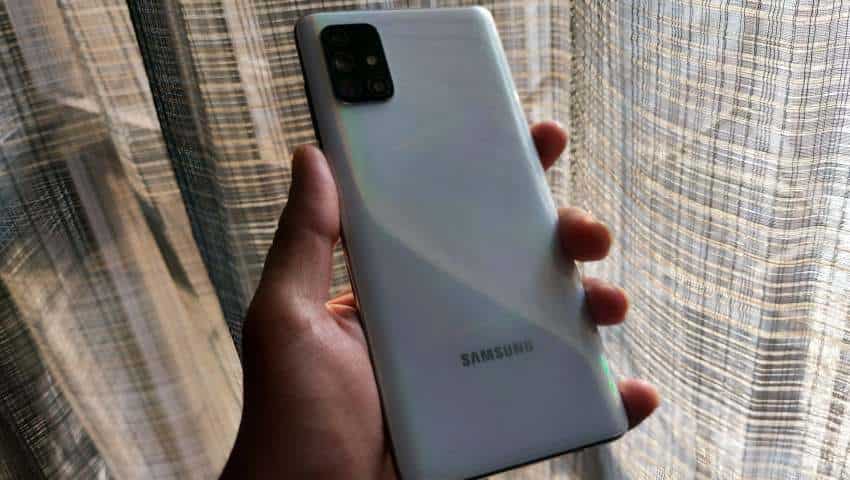 We had the Silver colour variant for review purposes which looks quite good and comes with a ‘glasstic’ finish. Oh God, these fancy terms! It’s a mixture of glass and plastic which gives the device a premium look while keeping the price under check. The rear panel does catch some fingerprints but they are still manageable.

It flaunts a quad rear camera setup at the back, which for some reason, is almost similar to any other Samsung smartphone launched this year. The SIM tray is present on the left side while the right edge houses the power and volume buttons. At the bottom, you get a USB Type-C port, a 3.5mm headphone jack and the speaker grille. 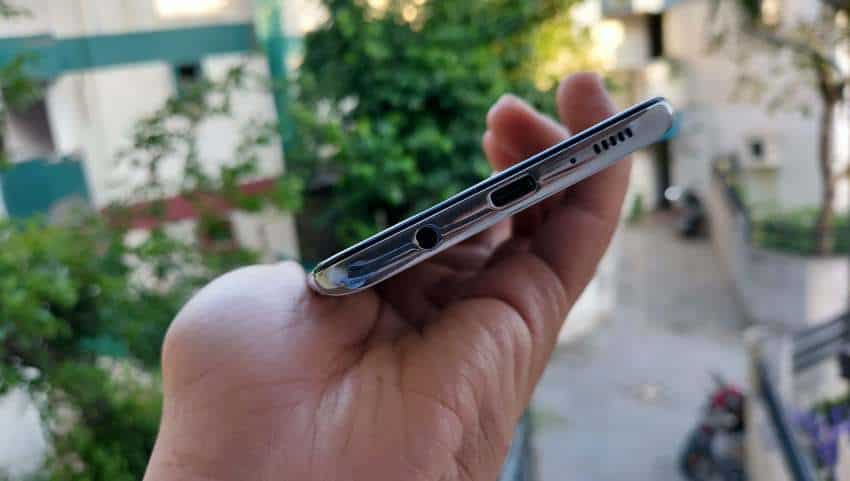 While Samsung has kept the device quite sleek for a smartphone that packs a 4500 mAh battery, don’t let that mislead you. This is a tall phone with a massive 6.7-inch display. Thankfully, the power button is placed almost at the centre of the right edge, making is easier for you to reach it.

The A71 has a 6.7-inch Super AMOLED display making it the biggest A-series phone to date. And, read this carefully – IT IS A GLORIOUS DISPLAY. The screen is punchy, bright and has good viewing angles. 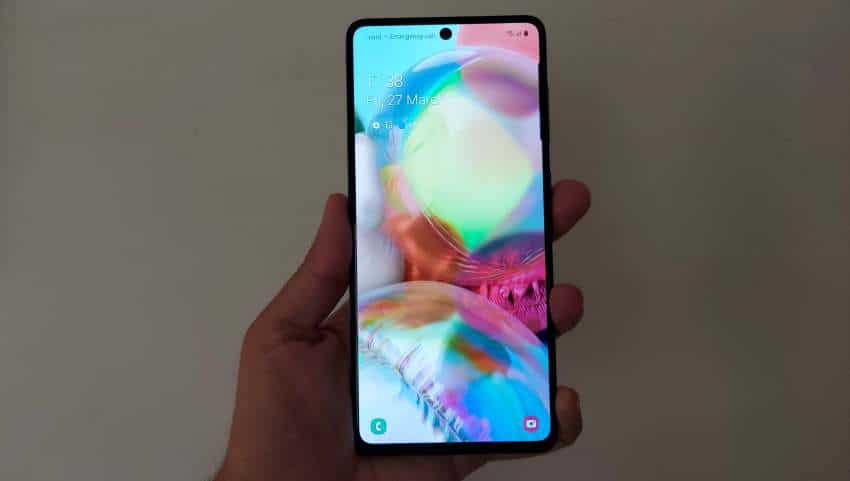 What adds to the glory of this display is the Infinity-O design. That is, the front camera is positioned inside an ‘O’ shaped cut out in the display. The design had made its debut with last year’s Galaxy Note 10 series and the hole punch has been getting better and smaller with every launch since then.

Since it comes with a Widevine L1 certification, you can stream HD content and again, having a tall display helps here.

The camera is a big selling point for this smartphone. In fact, Samsung is consistently bringing better camera setups to its budget and mid-range smartphones. The quad camera setup comprises of a 64MP, f/1.8 primary camera along with a 12MP, f/2.2 ultra-wide lens, 5MP, f/2.2 depth sensor, and a 5MP, f/2.4 macro camera.

With the Galaxy A71, Samsung has upped its camera game, offering the much-talked about 64-megapixel lens. The rest of the setup is similar to what you get on the Samsung Galaxy A51. 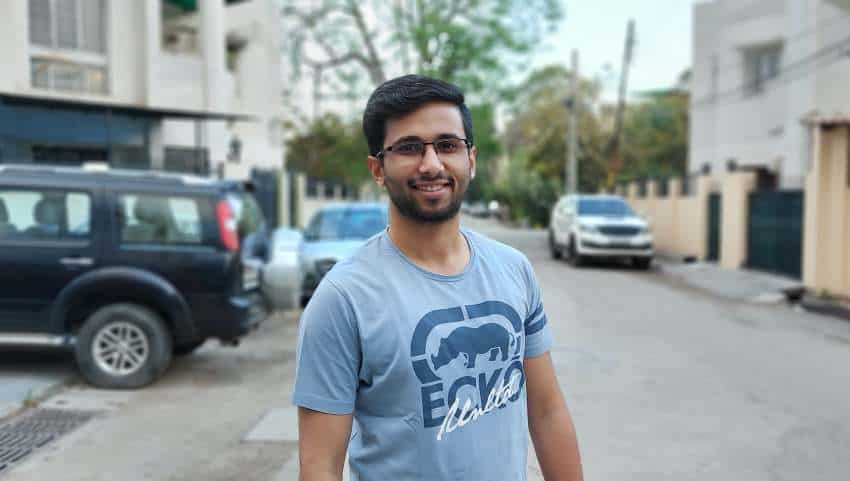 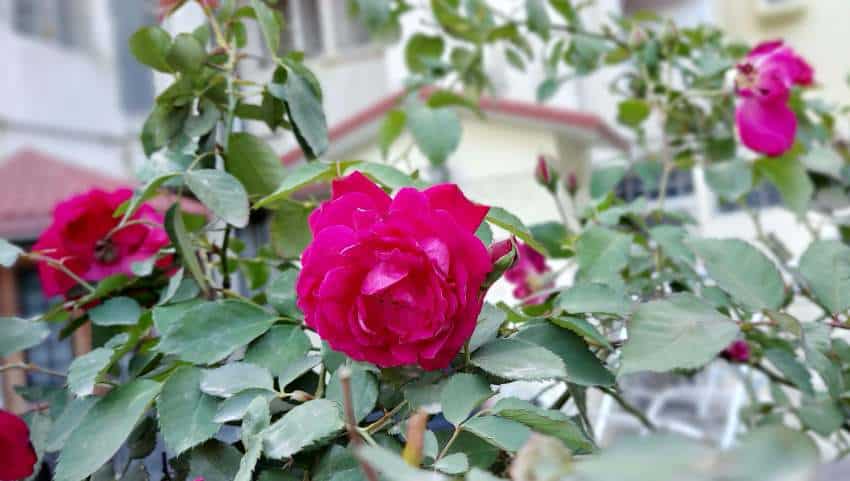 With the lockdown in place, Of course, I had the limited options to test the phone’s camera. Yet, managed to capture images in different light conditions and surroundings.

I really liked the primary camera of the device. Some of the images were so good that it made me wonder whether it’s the camera doing the trick or the display I am watching these images on! In some cases the images were smoother than you would expect them to be but otherwise the detailing was fine and there no noticeable noise either. 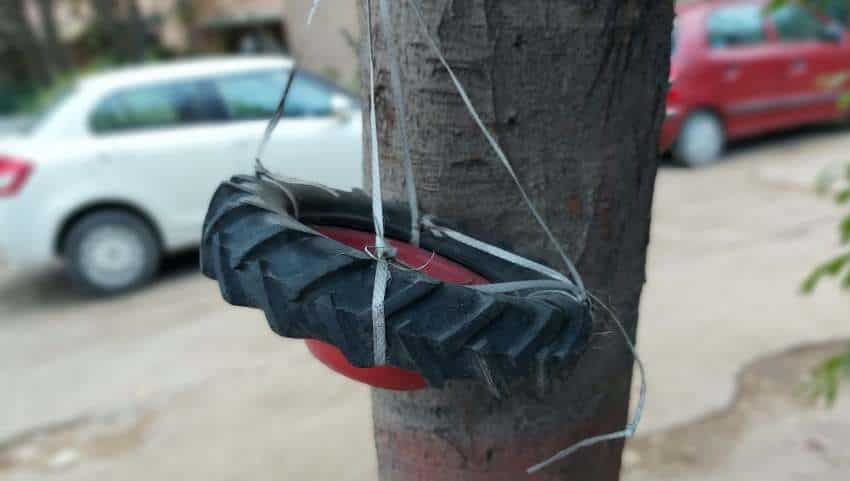 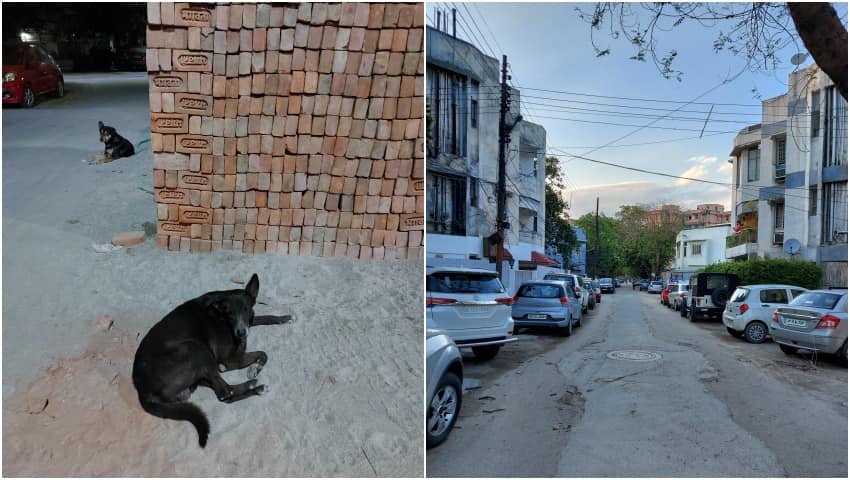 The stand out for me here was the Live Focus Mode or the Portrait Mode, as you may call it. The mode has an impressive auto-focus and edge detection with a little to complain about, at least in ideal light conditions. 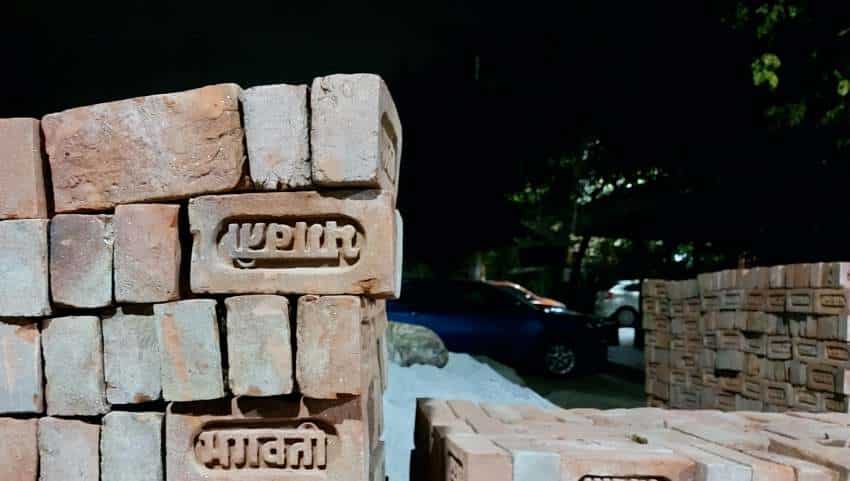 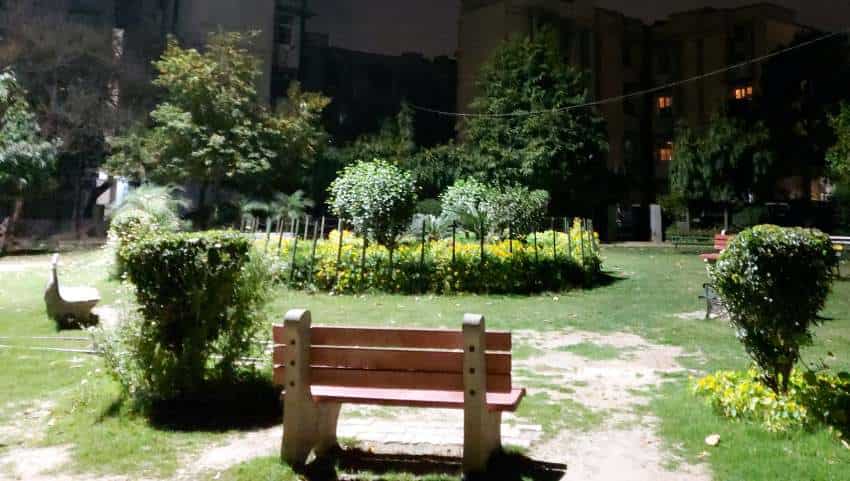 For selfies, the Galaxy A71 gets a 32-megapixel camera on the front. This is where I take a few points away from Samsung. The images from the front camera are too smooth and camera settings require a lot of adjustments to get the desired results. 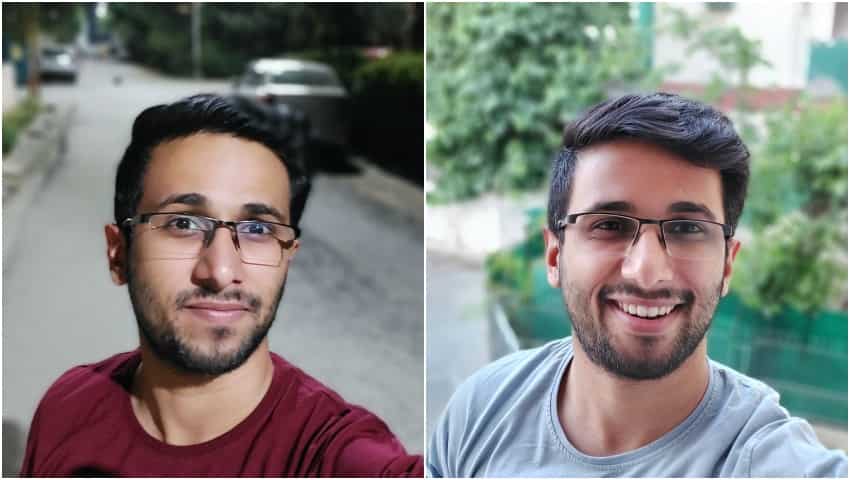 As you can see in the image samples too, skin tone in selfies looks artificial.

Is it an experiment? Is it a tactical move? It’s tough to tell but Samsung is doing something unusual by opting for Qualcomm processors in India instead of its own Exynos chipsets. First, it was the S10 lite which got the Snapdragon 855 processor and then the Galaxy A71 was equipped with the Snapdragon 730 chipset.

The last time I checked with Samsung, it was due to ‘the customer preference in this segment.’ 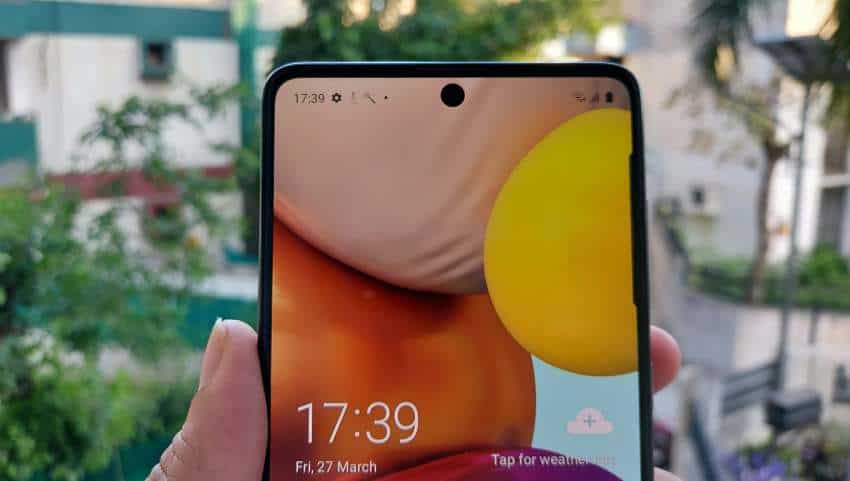 The chipset is coupled with 8GB of RAM and 128GB of internal storage, making the Galaxy A71 a powerful device. Performance-wise the phone is quite satisfactory whether be it gaming of other daily tasks.

My concern though is that there are other smartphones in the same segment including Redmi K20 Pro, OnePlus 7T and Realme X2 Pro – all offering more powerful chipsets and a seamless performance. But yeah, none of them have Samsung’s brand name.

The other thing they don’t have is Samsung’s highly appreciated and loved operating system One UI. And, on Galaxy A71 you get the latest version of that – One UI 2.0 on top of Android 10 – out of the box. This single-handedly lifts your overall experience. The OS is quite neat and minimum pre-installed apps. There are tons of features you can explore including the Dark Mode, Always-on-Display, Dual Messenger and more.

As I mentioned before, the device packs a 4500 mAh battery with a 25W fast charger inside the box. This is one thing buyers should appreciate that you don’t need to pay extra for a fast charger. It takes around 80 to 100 minutes to completely charge the phone.

To sum it up, the Samsung Galaxy A71 comes with a beautiful display, premium look, good image capturing capabilities and a decent battery size. All of this makes the smartphone an all-rounder of sorts.

The problem, however, is that Samsung can equip the smartphone with thousand impressive features but it will still cost you Rs 32,999 – a large part of which you are actually paying for the brand name.

I am sure customers would ideally be looking at more value for money smartphones with reduced spending power in the post COVID-19 world. And, the Galaxy A71 will have to fight off tough competition to make a mark.