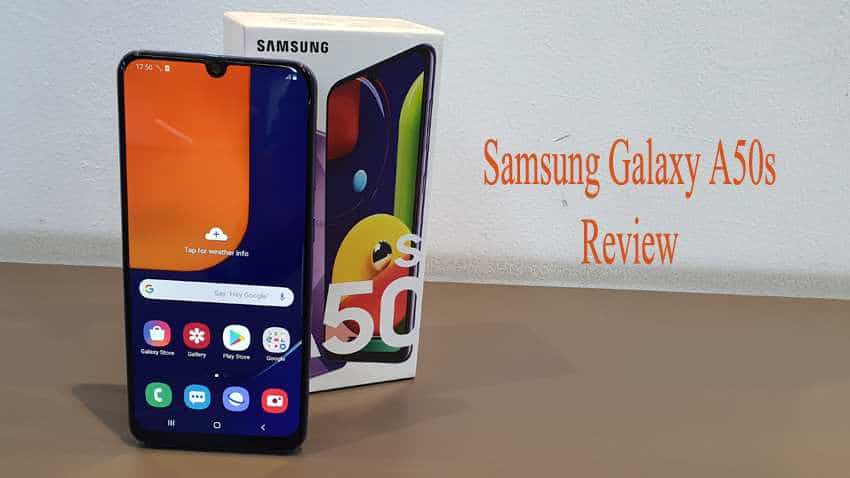 Samsung Galaxy A50s review: There has been a visible change in strategy of Samsung this year where it has not only launched flagship series like S10 and Note 10 but has also came up with several mid-range and budget devices a part of the 'A' and 'M' series. In fact, it's been less than a month since the South Korean giant unveiled its biggest smartphone of the year - the Galaxy Note 10+, and it has already unveiled as many as four new devices including the Samsung Galaxy A50s which we have been using for the last week and are set to review here.

The Galaxy A series targets the youth and the latest offering is an upgrade on the Galaxy A50 which was launched earlier this year. Its price starts at Rs 22,999 placing the smartphone in an interesting segment where you don't have too many impressive options. Interestingly, the Indian market offers you several options in both sub-Rs 10,000 and sub-Rs 20,000 segments but between Rs 20,000 and Rs 30,000, there is not much to choose from with Xiaomi Redmi K20 emerging as the most ideal device over the last few months. 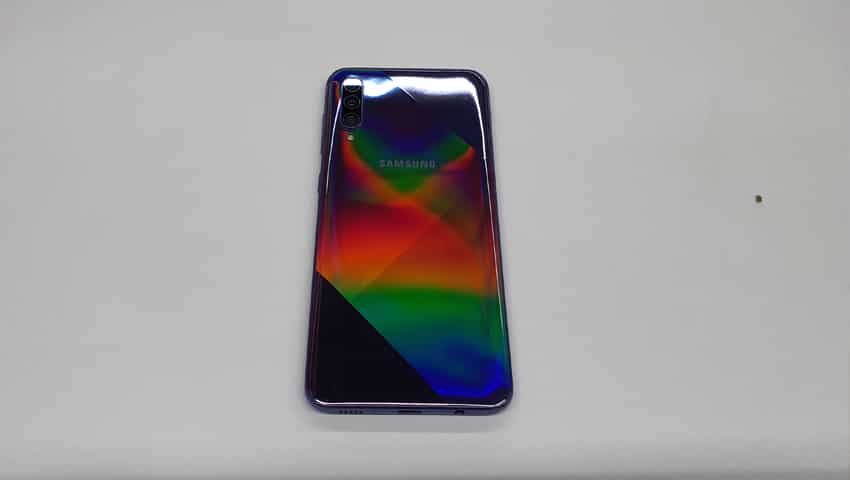 And, this is the space where Samsung Galaxy A50s tries to capture with its flagship level features like Super AMOLED display, 48MP triple rear camera and an all-new Exynos 9611 chipset. So, how good is the Samsung Galaxy A50s and where does it stand against the competition? Let's find out:-

The Samsung Galaxy A50s is a surprisingly good looking smartphone and I say this because you don't expect a device in this range to look this stylish. In fact, when it comes to looks, this smartphone can give a tough competition any flagship device as well. And, I am sure that a lot of people will buy the Galaxy A50s simply for its stunning design and look. Samsung has used a gradient finish at the back and the rear panel reflects light at different angles, just like the Galaxy Note 10 devices to give you unique colour options. 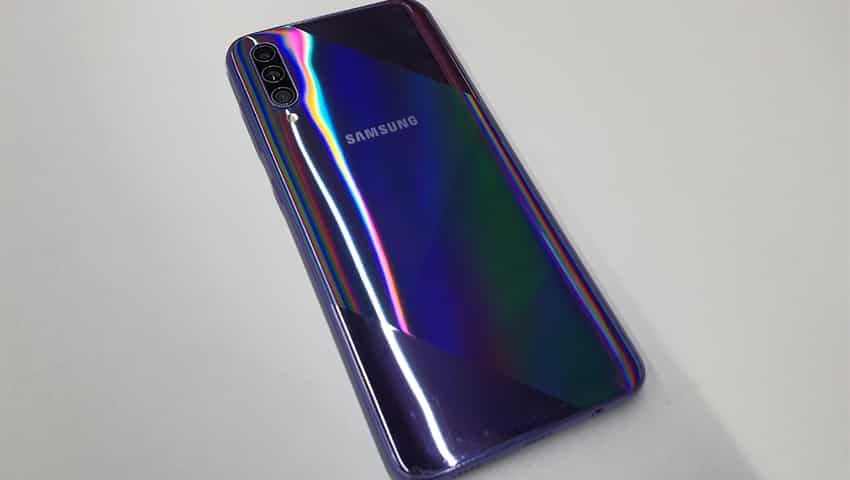 The build quality is solid, smartphone fits in your hand easily and doesn't weigh too much either. The Galaxy A50s comes in three colour variants - Prism Crush Black, Prism Crush White and Prism Crush Violet. All the options look really good because of their flashy colour scheme.

However, this also makes the smartphone prone to fingerprint smudges. I fear there is no other option but to keep the A50s in a case.

Coming to the front, most brands are going with the sAMOLED display these days even in the mid-range devices and the Galaxy A50s also features a 6.4-inch FHD+ Super AMOLED Display which has moves the fingerprint scanner under the display, giving the smartphone a neat finish. Samsung stuck to a tiny waterdrop notch at the centre and you get minimal bezels towards the sides. 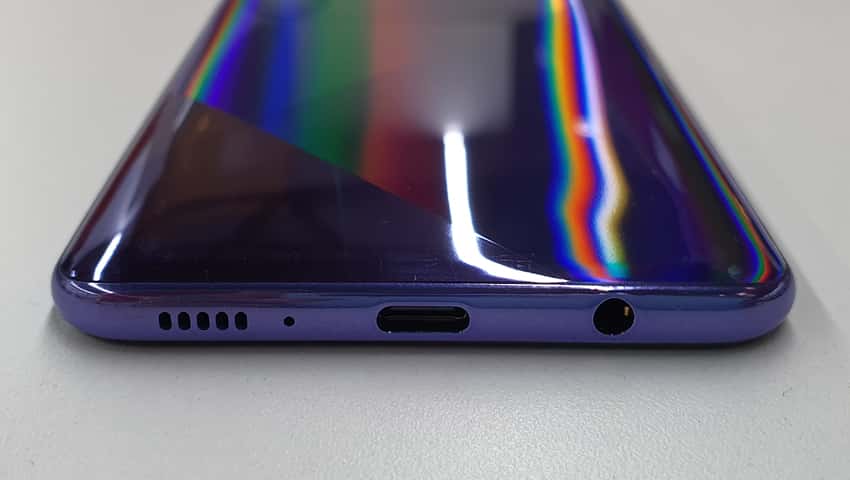 The smartphone does come with a thick chin which could have been avoided to offer an improved screen-to-body ratio.

The A50s display is quite good and exhibits punchy colours. Plus, you get a decent viewing experience even from odd angles. The screen size is almost ideal for playing games and media consumption. You won't have much problem while using the smartphone even under sunlight.

Samsung's operating system has also been on the neater side and the Galaxy A50s is no exception. The new smartphone comes with One UI which offers a smooth experience and multitasking. The software also supports gesture-based navigation allowing you to ditch on-screen buttons from the bottom. 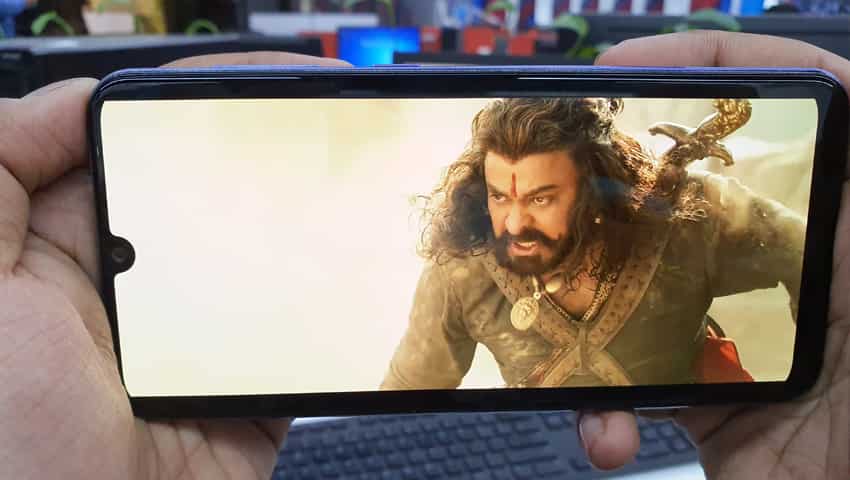 The Galaxy A50s is powered by the 10nm Exynos 9611 SoC. This is the first smartphone to have used this new processor and the company claims that the chipset is designed to give you a better gaming experience. And, you could actually feel the difference while gaming. We played heavy gaming titles like 'PUBG: Mobile' and 'Asphalt 9' on the Galaxy A50s without any lag or stutter. The phone doesn't heat up either during long hour of gaming.

A major highlight of the A50s is support for NFC-based Samsung Pay. This not only separates the Galaxy A50s from the Galaxy A50 but gives it a massive edge over its competitors at this price point. It is a handy feature to have as you can leave your credit or debit cards home. 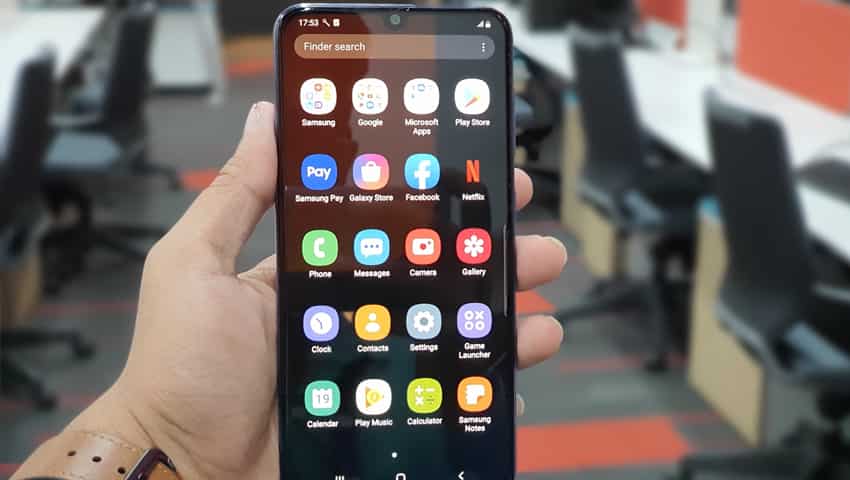 Going by the weight and feel of the Galaxy A50s you might be forced to think that it has a relatively smaller battery. Surprisingly, that isn't the case. The Galaxy A50s comes with a 4,000 mAh battery that helps phone last a day on single charge. The retail package is bundled with a 15W fast charger that allows you to juice up the device in no time.

Samsung has entered the 48MP camera game by improving A50's camera setup. The Galaxy A50s comes with a triple rear camera that includes a 48-megapixel primary camera, up from the 25-megapixel sensor that was used on its predecessor. It is assisted by an 8-megapixel wide-angle camera and a 5-megapixel depth sensor. 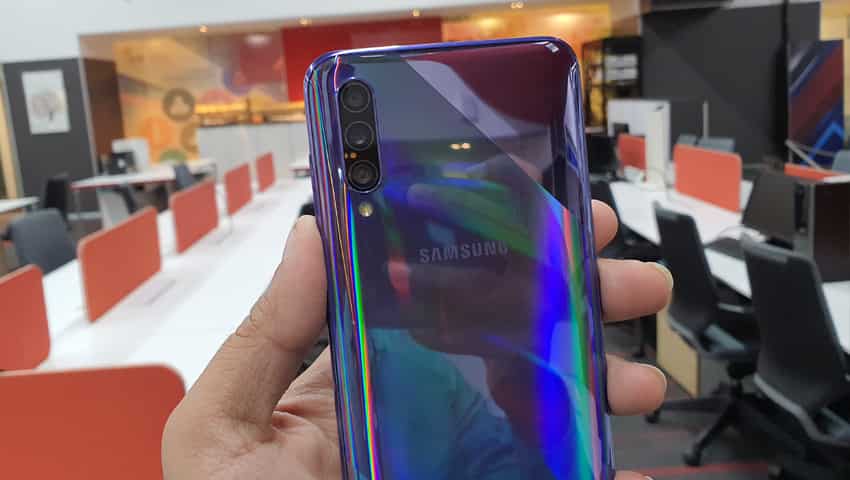 Just like most smartphones with a 48MP camera, the Galaxy A50s does a great job in the sunlight. It clicked some impressive shots in the daylight with good detailing and vibrant colours. The portrait mode also excels by adding the depth effect to your shots.

The problem, however, starts when the sun goes down. The Galaxy A50s struggles in lowlight conditions and during night. The images captured in these conditions didn't match the quality you would expect and the grains were clearly visible. Samsung's Night Mode might be a help for these situations but more work needs to be done by the smartphone makers to make lowlight photography better. 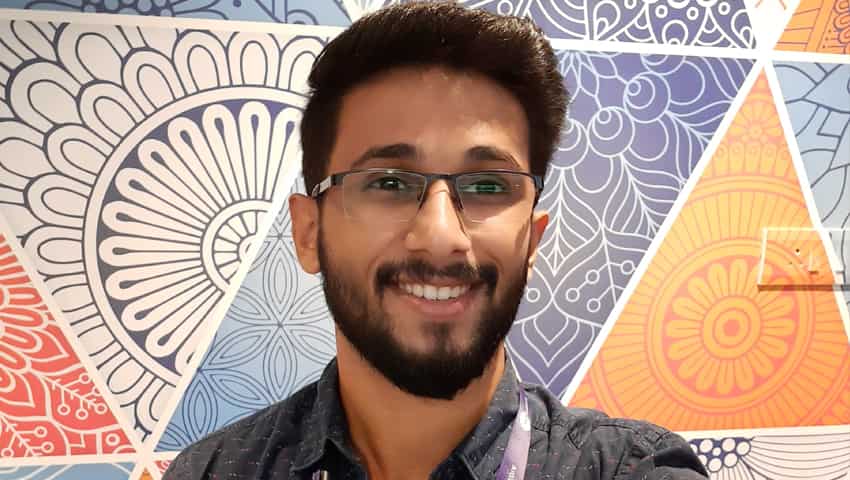 On the front, the Galaxy A50s comes with a 32MP selfie shooter that excels in most light conditions. The images clicked using the front camera were sharp and vibrant. 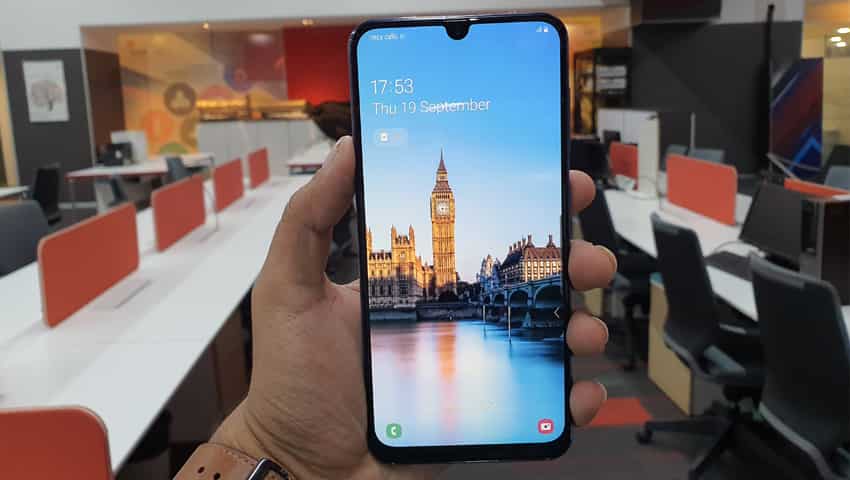 It competes against smartphones like the Realme XT, the Vivo Z1X, Oppo K3 and the Redmi K20 - all priced less than the Galaxy A50s. Some of them even offer better specs at a lower price. And, while the Indian customer has started to opt for brands like Realme and Xiaomi, there is still a large segment that makes its decision purely on the basis on company name.

This is where Samsung remains to have an advantage as with the Galaxy A50s you get the South Korean giant's brand value by paying a few extra bucks.