Redmi Note 7 Pro made its global debut on Thursday afternoon. Check its price, specs and availability. 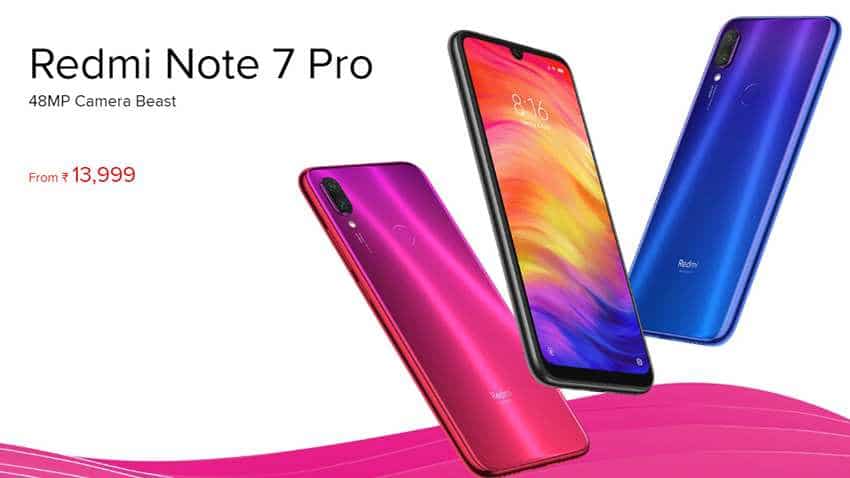 What a day it was for Xiaomi lovers in India! The Chinese manufacturer left over 1500 people at the KD Jadhav Hall in New Delhi shocked and awed, at the same time, by dropping Redmi Note 7 Pro. What is the big deal, you may ask? Well, this was supposed to be an event organised to just launch Redmi Note 7 in India! The global launch of the smartphone was announced by Xiaomi's Global vice-president Manu Kumar Jain while Xiaomi India's Head of Marketing Anuj Sharma revealed its specifications. The Redmi Note 7 Pro brings 48-megapixel camera to Xiaomi devices in India and the company has also moved on to 128GB storage for the first time. 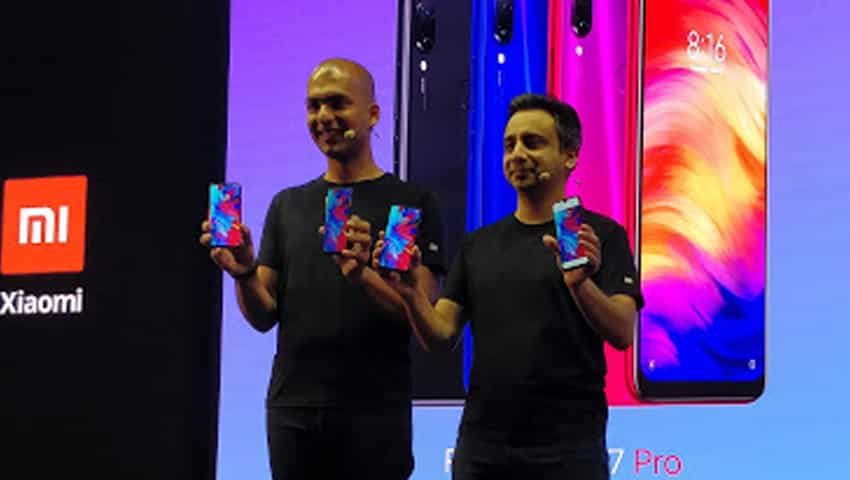 The phone will go on sale from March 13, 2019. The sale will begin at 12 Noon on Xiaomi's official website - Mi.com, Mi Home and also on e-commerce giant Flipkart.

Redmi Note 7 Pro gets a similar design as Redmi Note 7 including the glass back with ‘Aura Design’ and a 6.3-inch Full-HD+ display with 19.5:9 aspect ratio and a dot-notch. It comes with a 2.5D curved Gorilla Glass 5 at the front and the back. It is powered by Qualcomm Snapdragon 675 processor which Xiaomi claims makes it faster than competitors. 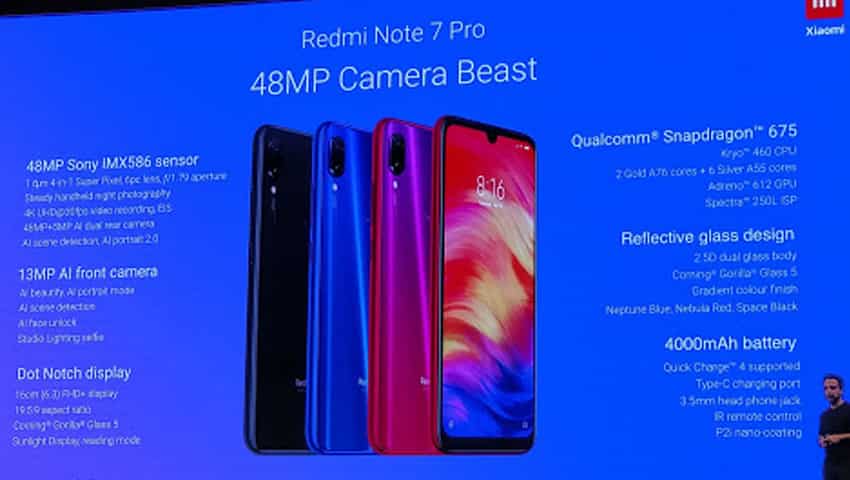 Redmi Note 7 Pro comes with a 48-megapixel primary sensor with f/1.79 aperture and a 5-megapixel secondary depth sensor. Xiaomi has included many AI features like AI scene detection, AI Portrait 2.0, and Night mode. The front gets a 13-megapixel selfie shooter. The device has been powered by a 4000 mAh battery. Xiaomi has also included studio lighting mode live option for Redmi Note 7 Pro which will show a preview of studio lighting effect before capturing the image.

Interestingly, for the first time Xiaomi has also introduced a Type-C charging port with Redmi Note 7.

Xiaomi has only announced one offer at the launch. It has partnered with Airtel to provide buyers of Redmi Note 7 Pro with up to 1,120GB of 4G data, unlimited calling, and free access to Airtel TV premium. The phone will also come bundled with a free "ultra-slim" case.