Redmi Note 5, Xiaomi Mi TV 4 to debut in India; to be available on Flipkart

A Flipkart banner hinted that a product would have a slim 4.9 mm body 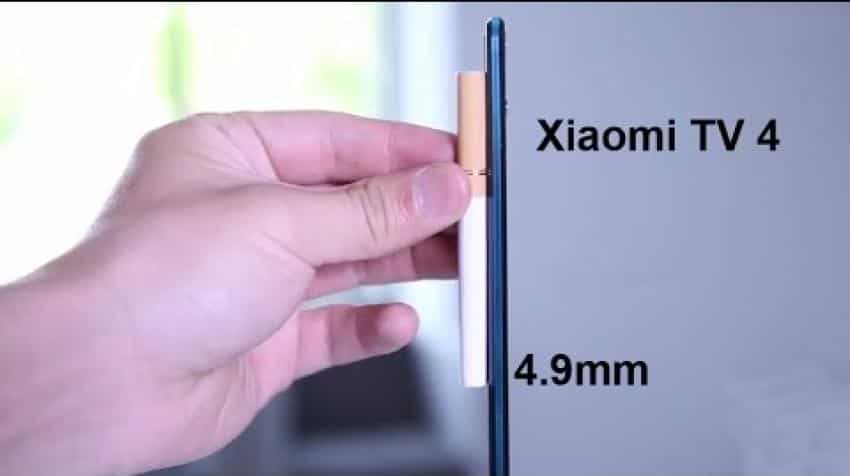 Xiaomi Mi TV 4 was first showcased by the company at CES 2017 and could become its first smart TV to launch outside China. Image source: Youtube
Written By: ZeeBiz WebTeam

Xiaomi will unveil its Mi TV 4 in India tomorrow, alongside the Redmi Note 5 series, according to a report.

Though the company hasn’t officially confirmed this, the Chinese smartphone maker and its online partner Flipkart have dropped their fair share of hints, according to Telecom Talk.

A new product page went live on Flipkart earlier this week that details features of an upcoming Xiaomi product.

The Flipkart banner hinted that a product would have a slim 4.9 mm body, the report said.

Another teaser video shared on the Xiaomi India’s Twitter handle on Monday hints the launch of Mi TV. The video titled

“#WhatIsThat” shows a slim profile of what seems to be a large display. The video, however, doesn’t provide hints towards which variant of the Mi TV to expect on Wednesday.

Xiaomi Mi TV 4 was first showcased by the company at CES 2017 and could become its first smart TV to launch outside China.

The Mi TV sports a 4.9mm ultra-thin frameless metal body and comes in three screen sizes: 49-inches, 55-inches, and the largest being 65-inches. It is unclear which TV size Xiaomi will pick for the Indian market.

As for the specifications, the Mi TV 4 features a 4K panel along with HDR10 support and it also has a quad-core 64-bit flagship TV processor, Dolby and DTS dual audio decoding, said the report.

Further, the report said the 65-inch display variant also has a Mi TV Bar consisting of the mainboard and a sound system, which supports Dolby Atmos for better sound technology.