Realme X50 specifications leaked ahead of official launch: Here is what we know so far

It's been less than 10 days since the company launched its first flagship smartphone in India, Realme X2 Pro, and already, specifications of its next device have been leaked online. 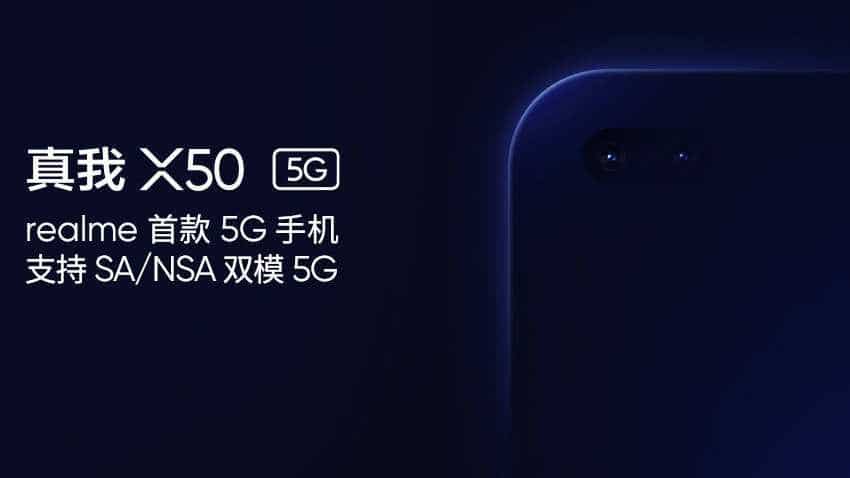 Realme is probably the busiest smartphone-maker right now! The reason is that it is manufacturing smartphones at a never-seen-before rate. It's been less than 10 days since the company launched its first flagship smartphone in India, Realme X2 Pro, and already, specifications of its next device have been leaked online. If reports are to be believed, Realme is set to bring its first 5G smartphone in the coming weeks. Called Realme X50, the new device will take on Xiaomi's upcoming Redmi K30 and is expected to be unveiled in China first.

Along with the standard model, Realme is also expected to bring Realme X50 Youth Edition which has surfaced on a Realme Fans Vietnam page. Since this is an unofficial page, the specs shared are not confirmed and might change from the real product. However, it does confirm that new smartphones are expected to arrive soon.

The Realme X50 is expected to feature a 6.44-inch AMOLED display with 90Hz refresh rate. The page claims that the new smartphone will be powered by Qualcomm Snapdragon 735 processor. Notably, the chipset is yet to be announced. This could be paired with up to 8GB of RAM, and up to 256GB of onboard storage.

For optics, the smartphone can come with a quad rear camera setup that will include a 60-megapixel primary camera with Sony IMX686 sensor, an 8-megapixel wide-angle shooter, and two 2-megapixel shooters (one for macro and one for portraits). There is a dual selfie camera setup on the front as well, including a 32-megapixel main shooter and an 80-megapixel wide-angle shooter. Other specifications of the phone are said to include 4,500mAh battery with VOOC 4.0 fast charge and wireless charging support.

The Youth Edition is tipped to have a 6.55-inch LCD panel with 60Hz refresh rate and is likely to be powered by MediaTek MT6885 processor. Realme X50 Youth Edition will reportedly pack up to 8GB of RAM, up to 128GB of onboard storage, and 5,000mAh battery with VOOC 4.0 fast charge support.